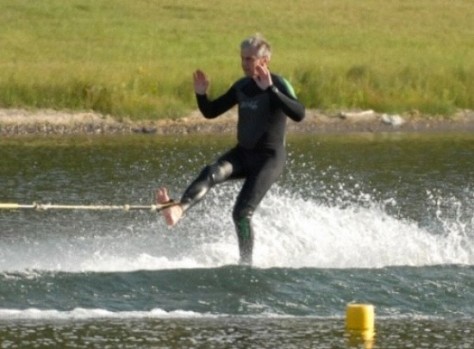 Pardon our Sanskrit, but here’s another stream of WTF stories. Our files are always bursting with these little gems of human drama we often know not how to dispose of them, and easily grow attached to what they’re about. So let us skip the obvious, the cheap shots and the mean spirited, lest not be us, someday, the object of similarly deflating jeer.
One thing is for sure: we’ve never heard of a 12-step program for gasoline drinkers, a habit made even more lethal if one smokes. Then again, the nefarious Cigarette Man of X-Files fame, is actually a devout waterskiing champ. Who knew? If you like to be stepped on, why not bring your own, favorite rug to help others do the job? Just don’t laugh at that Dutch man: he can’t help it if the joke’s on him.
Perhaps it’s the Spring Cleaning spirit, which we don’t understand, or the foolishness of discussing the weather, ditto. Both concepts are as alien to us as climate change: we know either one can screw up our world forever, and yet we’re not sure we want to meet a being from another planet and we’re definitely not prepared to say anything bad about this winter that never was.
THE HUMAN LIGHTER
We hear that some people drink too much. That’s a club we got expelled out a long time ago, and are still sore about. Not in our wildest binges, though, we’d lose the sight of what we’d be drinking. Not even once. But enough about you. Of the two things that happened to poor Gary Allen Banning, of North Carolina, one was a honest mistake, and anyone could make it. The other will happen to all of us.
Gary took a big sip out of a jar of gasoline thinking it was his favorite booze. Realizing he was terribly wrong, he immediately spitted it all out. Unfortunately, said jar was on top of the stove, which had something cooking on it. Enough said; the whole thing ignited and blew up on his face. He was taken to a hospital but didn’t make it. It was to be his last drop.

Thing is, it didn’t have to be this way. Take Cheng Dejun, for example, of Shuijiang, China. News reports say that he’s been drinking gasoline for 42 years. As medicine, no less. Apparently he started drinking the stuff to cure a cough. Now it works on his back pain. And he’s still around, you see? So, as they say, the problem is not always the drinking. In the case of poor Gary, it was the place.
Also, still with us, thank you very much for asking, is William B. Davis. You probably know him as the chain-smoking, sleazy character of that 1990s series, X-Files. Well, the character, and the series, may be dead, but the author, film director and screenwriter is alive and well and winning waterskiing competitions, no less. Now you catch our drift? In his case, it was definitely all an act. 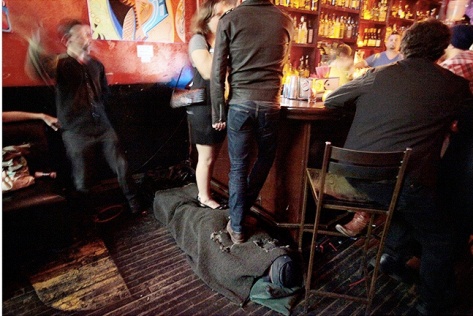 STEP RIGHT ON IT
Georgio T., the self-called Human Carpet from Malta, may have a well-known psychological condition, which we’ll not describe here, that was named after an Austrian writer and novelist. To intrigue (or irritate) you even more, let’s add that the condition is usually hyphenated with a complementary type of behavior, also named after a person, a certain French Marquis. The two never met, by the way.
Put bluntly, Georgio feels good when people step on him. Literally. Since he, as an otherwise well-behaved social being, needs help to realize his feelings, he’s a regular at some bars around New York City, where he wraps himself with his favorite rug and lays down below the counter. You’re welcome to put your feet on him, who’ll stay there quiet and still, enjoying other people’s conversations.
But before you climb your high mule and feel yourself all warm inside, because you can live without such a demanding set up to be a perfectly functioning member of society, let’s just say that Georgio may be eccentric but he’s no fool: as a matter of fact, he’s a professional ‘carpet person,’ or however they call such activity, and charges a fee to do, we assume, weddings and Mitzvahs.
It seems too that such a way to make a living is currently booming: there’s at least another individual that puts up similar stunts who calls himself Kevin Carpet. We don’t know about Kevin, but Giorgio does it for love, not money, and started enjoying ‘weights’ being placed on top of him from an early age. These days, his cats fittingly are all too happy to lie down on him at home.
The city’s fetish-loving crowd is a constant caller of his ‘services’ too as it’s typical of the psychological conditions mentioned above, as it is in life, that opposites attract: so if you want to give, someone may be willing to receive and vice versa. We’re sadly plain vanilla on this department, so we can’t give it a spin, nor it needs it, or allow you or anyone else to kick it. That’s just it. 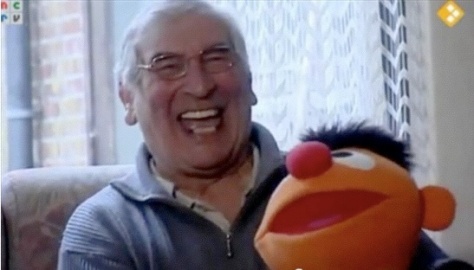 THIS IS NO JOKE
It’s also said of life that it gives the juiciest bones to those without teeth, or they’re just crying babies, because the neighbor’s grass is astroturf. In the case of Dutchman Huug Bosse, life gave him a funny way of spending his days, and we don’t say funny the same way comedians work so hard to give the word its meaning. It’s been going on since 2010 and there’s seem to be no way to help the man.
Huug’s been laughing uncontrollably for the past few years, and if there was something hilarious about it, it’s been gone for good now. He could as well have hiccups for endless years, or shaking like some great people we know, due to a brain condition. But even if his is a similar malaise, he got it from a completely unexpected event of his life: a hip surgery.
Watching the guy being interviewed, it’s clear that he’s a nice chap overall and doesn’t seem to mind laughing on his own. His wife, though, shows that kind of strain of someone who’d rather be talking about something else, and we don’t even know whether she’d discuss serious matters with him, lest him make a complete mess out of the conversation.
It quickly becomes apparent, though, that the condition now does have cerebral implications. To the sound of the Netherlands’ National Anthem, Huug stands and becomes almost mournful, and it doesn’t seem to have anything to do with patriotism. Anyone can see that for this man, to whom spontaneous laughter is no longer an option, there’s a longing within, to perhaps one day be taken seriously again.