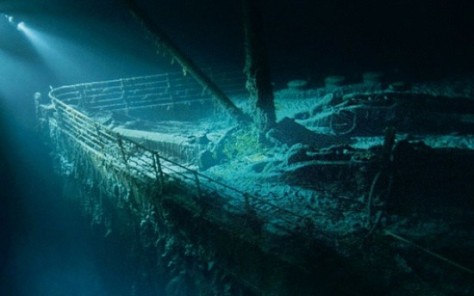 When the world closed in on over 1,500 souls, at 2:20 a.m. a hundred years ago, and the R.M.S. Titanic started its final trek towards its watery grave, those who survived were left to face a brand new century, one where the deafening silent that reigned over that darkest of the hours would hardly have any chance to ring again in their ears.
They were about to board a world getting increasingly busy and much noisier, full of rambling planes and automobiles, of burning light bulbs and ringing telephones. Of talking movies and blabbering tabloids. Of a soaring Caruso singing through the airwaves, and the sound of massive crowds celebrating their sports teams.
A world where people would start taking elevators to go to work in big, tall buildings. A time where some would have everything but time, and most would dream about selling their own in exchange for money and power. An era when the stock market would hold more weight than the labor and sweat of millions, and only when it crashed would restore a temporary balance of fortunes.
The 705 people picked up by the Carpathia from the Atlantic’s frigid waters, would carry within them that ominous silence to their very last breath. A silence made even more taxing and disturbing because it became increasingly harder, and expensive, in the 20th century to be able to afford being quiet and insulated from the rousing world outside.
They, and those who perished, are said to have acted with bravery and behaved as outstanding citizens, a fact reflected in the number of women and children who escaped death. Such tales of courage and stoicism, even if accounts of that moonless night have been greatly embellished by time and artistic liberty, remain symbols of what we like to think we’re capable of, in the face of the inevitable. 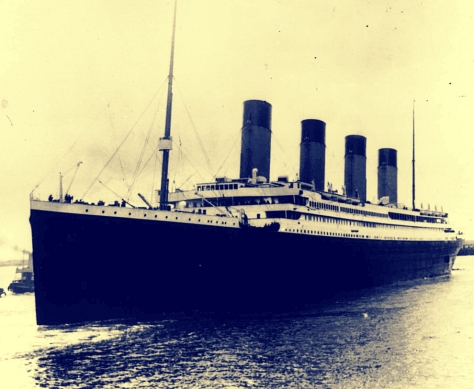 A BEAST UNTIL UNTAMED
A century of radical technological transformations and scientific advances in the way we now cross the oceans, or fly through the air, or learn about the past, or imagine the future, will never rob that cross-section of the very rich and the very poor, from their moment of reckoning with the unspeakable and the vast, long, pregnant moment of silence that sealed their fate.
We’re now living our second decade of the 21th century, and the world seems nowhere better or safer or quieter than it was for those living the last sights of their own time. And no matter how we retell their story, their tragedy remains raw, untamed, unfathomed. There hasn’t been, and there won’t be ever another challenge to the depths of the sea such as the one that the Titanic represented.
It was a glorious but also a vain attempt at matching the might of the elements, based solely on our ill-fated dream of vanquishing the unknown by way of depicting it as a domesticated beast. Until it bites our heads off. In its own time, the Titanic was another Babel, which was built to kiss the sky but felled by the cacophony of tongues and the weight of our self importance.
There will be other songs to sing, and other stories to tell, about the big ship that sank on her maiden voyage and of those who perished and those who survived. And we will still try, by Neptune and Poseidon and all mermaids and the giant beasts that live under water, we’ll certainly still try it over and over to remake that voyage, in another foolish attempt at rewriting history. 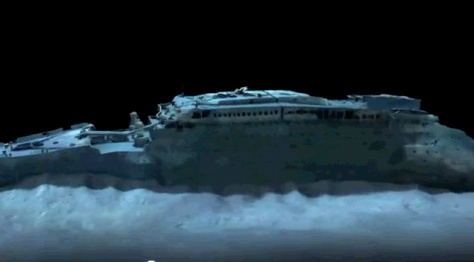 A WAY TO SHARE THAT HOUR
It won’t matter. From the depths of 12,000 feet of water, silently, she will always remind us of our folly and our big words and our silly records. She no longer needs to even be the biggest ever. In its tragedy, the Titanic is just the right size to measure our still unbound vanity; all that we can handle and more than we’ll ever need to keep us humble.
Most of the living weren’t around a hundred years ago, when crowds gathered outside The Sun and at the White Star headquarters, in the west side of Manhattan, awaiting for fresh news while the Carpathia was about to dock. Many of us will be spared from being buried at sea. And, comparatively, only a few of us will be part of a collective disaster like that.
All that’s left now are lessons and memories of that mythical trip. But if there’s something now that almost all of us could use a bit more would be that sobering, lasting, meaningful silence that followed the sinking of the Titanic. There’s very few other ways to share the experience of those who did go through that night.
The silence. The quietness. The stillness that needs no more words or even sighs. There was once a big ship that sank on her maiden voyage, a full century ago. And then there was silence.