To Win a Python, He
Ate Roaches & Died

At one time, we’ve all fantasized about a glorious way we’d meet our inevitable demise. Many dream of a big sendoff, a brouhaha at the end of a heroic feat. Others would rather go in their sleep, painlessly. Edward Archbold’s way would have surprised even himself.
For he’s the man you’ve been reading about all morning, who won a Florida bug-eating contest, but collapsed and died before collecting his grand prize, a python. It’s mind boggling why would anyone enter such a contest, specially if the award is a wild living thing, that can bite you. 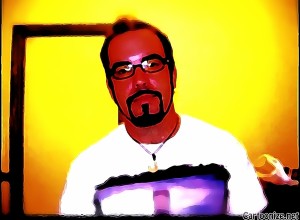 Apparently, he was just that ‘kind of wild guy,’ according to Ben Siegel, who doesn’t really endear himself with anyone by saying this. After all, he’s the store owner who came up with the contest in the first place. And Archbold was not alone; he just happened to be the best bug eater around.
While local authorities investigate the possible causes of his death, a whole nation asks itself: is this where the next presidential election may be decided, just like it was in 2000? ‘Stand your ground’ law, voter disfranchising attempts, we’re the ones starting getting queasy now.
But let’s not knock the whole state on the sole account of the accidental death of a cheap thrill seeker, though. Despite this unfortunate event, it could all be much worse: Republican Rep. Rick Workman‘s bill to lift the ‘dwarf-tossing’ ban, for example, introduced a year ago this week, could’ve been approved and be in effect by now, but it wasn’t, so it’s not.
Yes, ‘thank goodness for small slips,’ you may say. But in any hypothetical list of worst possible deaths of the un-famous and the desperado, Archbold’s may be rated at the top. Our respects go to his family and friends, of course, but kids, if you’re reading this, there are other ways of making a living, and even losing it.
THE GOD OF A LESSER EFFORT
In fact, many are already all worked up about this poor guy’s fate. For them, what he did is in synch with a large demographics of Americans, to whom ‘making a name to oneself’ equals doing despicable things in front of a camera and posting it on YouTube, hoping it’ll become a viral hit, and make them some dough.
Some go even further, identifying this kind of stunt to a particular brand of being a ‘regular guy,’ someone to whom what’s important is not so much the effort, skill, dedication, or specially, the common good. What counts is the instant gratification that cuts corners and lands them straight at the roof of the heap.
This ‘look Ma, I’m on the top of the world’ syndrome may as well be behind even darker shades of shock theater, such as the unbelievably tragic Columbine-like rampages. Such tragedies come full circle as the corollary of news reports about them aims solely at constructing a full biography for the perpetrators, while relegating their victims to mere statistical data.
We’d agree with that with one caveat: that we can include in such a paradigm even what we’re doing right now; dissecting a cartoonish, insignificant event, instead of spending the same effort to grasp more relevant matters. Such as, why does Florida exercise that kind of sway, when it comes to  presidential elections? 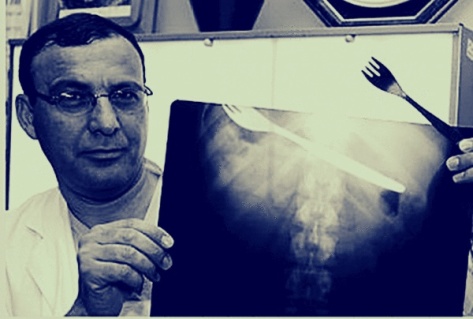 THE BACKWATER IN ALL OF US
Because make no mistake, we’re all part of this equation. And so are those high-horse riders, poo-pooing how a pet shop owner should or should not be doing with his own time. Then again, it’s not our fault that Siegel did tell the media that Archbold ‘was wearing a bandanna, wrist bands and a shirt that said ‘Event Staff,’ as if that would explain once and for all, his unexpected death.
And what about medical researchers who often use an anecdote to illustrate a medical procedure, as when an Israeli woman claimed that a cockroach jumped into her mouth? While trying to get rid of it, she wound up swallowing a fork. Are they also being exploitative about someone’s embarrassing fate, or just getting some mileage for their healing efforts?
We honestly can’t say. We do share this powerful thirst for voyeurism, however, and many of us in fact manage to hide behind it, or hide it under other labels (scientific curiosity, anyone?), so no one is leaving here without at least trying to swallow a bug or two. In the meantime, the episode reminded us of a somewhat related post we’ve published sometime ago.
Before you read it, though, we couldn’t help ourselves but linking this guy’s last name with the 16th century Italian painter Giuseppe Arcimboldo, known for using fruits and vegetables to compose his portraits. His highly original work has been celebrated by Surrealists and modern artists alike, and has a surprising resonance on the computer-generated digital art of our times.

Florida Lizards Much Prefer
Californians (Roaches, That Is)

Smuggling is one of the oldest forms of illegal trading. Since immemorial times people have been risking their lives and fortunes to transport from one place to another, precious stones, valuable metals, exotic animals, even humans.
As with any other market, demand is what drives traffic and it’s virtually impossible to list all categories of goods that have ever been apprehended by the customs agencies and border patrols of the world.
One thing remains constant, though: the market thrives wherever there are shortages of such goods. It’s what makes them profitable. But tell that to one Derek Rader (his real name), who was busted trying to smuggle California cockroaches to… Florida.
Now do you know how many roaches scurry per square feet in Florida? Neither do we, but it’s certainly a lot, right? Not enough for discriminating tastes of those who consume them, apparently. Rader and the state’s reptile population know well that.
Dubia roaches – who knows why they call them by a similar name tabloids used to call George Bush? – are two inches in size, have more meat than crickets, and once bred properly, you’ll never buy another one again, if that’s your thing. That’s the upside.
But since they’re non native to Florida and have no natural predators, their breeding with the state’s own species would mean a population explosion. A perfect crawling storm, if you would.
So Florida’s pest control agencies are always on the lookout to prevent what happened, for example, with the giant boa constrictors that began appearing in the Everglades during the 1990s.
Not

exactly smuggled, for wild life officials believe that many of them were pets discarded by their inconsiderate owners, they’re now a source of permanent concerns.
They have spread throughout the state and their encounters with native species have been disastrous. A few years ago, an infamous picture made the Internet rounds: a boa which literally exploded after swallowing a huge crocodile.
Who knows what kind of hybrid would be generated by the combination of native and non native species, in the hot and humid climate of Florida. But whatever it’d be, nobody wants it. Except for Rader, who’s only in it to make a (dishonest) buck.
But one does get tickled to come up with a tabloid-style headline to illustrate it all. “Rader Roach Motel?” “Roach Rader Loses License?” or “Illegal Roach Motel Raided.” We could never match those headline editors. But nobody wants another breed of cockroaches crawling in their backyard either.

One thought on “Bugs Dummy”