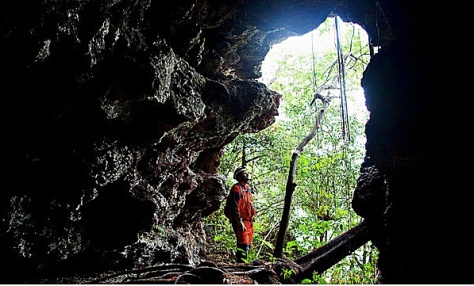 In the 1970s Brazilians heard often that theirs was ‘the country of the future.’ The cliche was a weapon in the psychological warfare military rulers waged against those it could not control. And it met its match, in the form of a perfect comeback: ‘We just need to survive till then.’
Brazil may not be waiting any longer for that future, but its past may be gone even before it reaches it: recently discovered sites of ancient human occupation are already under threat. Mining and World Cup projects, and lack of regulation may doom efforts to preserve them.
Archeologists are racing to document and study more countless sites in several states where human artifacts and markings have been dated to some 8,000 years ago, before miners start digging for minerals, and construction crews rushed to finish long-delayed infrastructure projects. There’s little question about where the odds stack in this race.
It doesn’t help the situation the fact that the archeologists’ cause is far from being as popular as the Amazon Rainforest, or the indigenous peoples living in there. Although still facing the prospect of a quick demise, the cause for preservation of the forest has plenty of support and even glamour enough to remain relevant.
Archeological digs, on the other hand, are notoriously devoid of much appeal. The process of finding signs of early humans is daunting and time consuming, and often ignites more questions than answers about our origins. In other words, not sexy enough to justify annual, star-studded concerts at Carnegie Hall.
On top of that, or rather underneath it all, is the fact that some of the most spectacular discoveries about the presence and bloodlines of our ancestors have happened practically by chance. Often teams search a site for years and come up with very little in the way of attracting new funding. 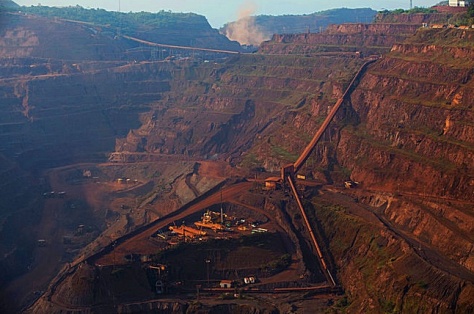 THE EARLY SOUTH AMERICANS
The name Carajás, originally of a region in Brazil’s Pará state, became universally infamous in the 1980s as one of the worst cases of human exploitation in the name of progress. Associated with it, the Serra Pelada dig had at one time some 100,000 laborers, who enslaved themselves around the clock, for the chance, never materialized, of becoming rich.
That specific project was closed, but the region remains rich in gold and other minerals, to justify the presence of Brazil’s giant miner Cia. Vale do Rio Doce. The ‘ant-men,’ made sadly famous in the Brazilian Sebastião Salgado‘s photos, may be gone but the demand for cheap labor and for what the land has to offer continues strong.
Curiously, this vast region of the country may have also been populated by some of earliest populations of the Americas. In some caves closer to Minas Gerais state capital Belo Horizonte, at the heart of Brazil, archeologists were able to trace objects left by hunter-gatherers to as far back as 12,000 years ago.
Specifically near Carajás, the complex of caves extends several miles deep into the ground, and the researchers who have been studying them since the early 1980s believe that they served as shelters for those humans, contemporaries of mammoth-hunting Native Americans. Despite three decades of exploration, they’re still in the early stages of understanding their habits.
It all may be over rather soon, if Vale has its way. Even though the company is willing to accommodate the wishes of the international scientific community, Brazil’s exports rely heavily in Vale’s ability to extract iron ore as demand ensues. Environmental concerns are often ignored or overlooked in the name of profits, so there may not be time enough to satisfy scientific curiosity.
ANCIENT URNS & THE WORLD CUP
All over Brazil, the preparation for the next World Cup, next year, and the Summer Olympics two years later, has reached a critical mass, with delayed project managers going into panic mode, and the government under the gun to deliver on its commitments. Thus, the last thing any local official wants to hear is that a 6,000-year-ago burial site was found in one of the construction lots.
In fact, in and around Rio de Janeiro more than 60 archeological sites have been uncovered, much to displeasure of those already behind schedule.
Shell mounds, for instance, were left behind by ‘groups who were scattered along the coast of the Americas 8,000 to 6,000 years ago,’ according to Jandira Neto, who led the Brazilian Archaeology Institute’s 40-member team that made the discovery.
That and burial urns and ceramic pipes of Tupi-Guarani indigenous people, who lived some 2,000 years ago, and 19th century European crockery, were all found by crews at work on a new, and already one year behind schedule, $500 million road. The project, as many others, has been plagued by delays, and work stoppages because of archeological objects found.