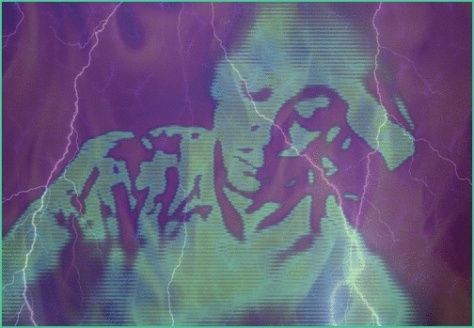 We must apologize, there won’t be any post today. Our writer refuses to turn his daily article, unless we raise his stipend, and as a matter of principle, we don’t negotiate under threat. We’d made that quite clear the last time he attempted to intimidate us with his self-indulgence.
We have an agreement for these past two years: in exchange for board and a glass of cherry every Saturday night, he produces a daily report, that we tweak a bit and add our name to it, and that’s that. We think it’s fair, and any changes need to be pre-approved by us first.
Before you think we’re being excessively strict with this up-to-no-good individual, who without us, wouldn’t possibly manage to find a decent means of employment, we assure you: this is more than he deserves. You should see what we go through in order to have something fresh on this pages every single day.
We humiliate ourselves, we do things we’re not proud of, and we submit to each of his detestable idiosyncrasies, just so to have a few hundred to a couple of thousand words which, if we may say ourselves, could hardly be considered for publication by any editor worth his or her reams.
In fact, we know of no other charitable publisher who’d put up with this infernal cycle of having to come down to this cramped, dirty, fetid cubicle our writer, whose name shall remain unmentioned, calls his lair. All just to extract yet another disturbing rag of ill-engendered sentences who knows about what.
Just to give you an idea, it’s never ready when we come. Sometimes, it’s already 10pm and we’re still viciously arguing and threatening physical harm so he can drop any damned excuse he comes up with in order not to just sit down and write it already. There’s always something, we tell you.
Now, who knows, perhaps because we caught him reading an old, filthy edition of The Capital, he’s been going on and on about labor and other non-sense about working conditions. Who does he think he is? And since when writers have rights? Haven’t he got the memo? on the Web, content’s supposed to be open to anyone. Viva the New Economy.
Thus, even though in the past we acquiesce to his silly games, this time we won’t be lenient: he either fulfills his obligations or we’re kicking him out to the curb. Let’s see how he fares out there, with no cash for booze, which we ever so generously always lend him, or even a decent pair of shoes.
As the last time this happened, and we told you about it, he simply vanished. We’ve spent hours searching every despicable water hole in the neighborhood but, as usual, we just can’t find him, and to be honest, are not so eager to go to the kind of places he’s a regular, to inquiry to not so kosher barkeeps about him.
At this point, we’re so ill about this pathological liar that, if we didn’t have a business to run, we’d do it ourselves. After all, how hard can it be to produce a story that, let’s face it, it’s not about to break new grounds neither in terms of content nor of the audience, and we don’t mean to insult our readers.
It’s just that it’s so frustrating. Here we are, having to explain to you the irresponsible behavior of our only intern, as if it’s even of your concern. We can hear the garbage trucks out on the streets, carting away our refuses right before dawn, and it’s a sound that always fills us up with apprehension; soon it’d be daylight and we’ll have missed on our deserving rest.
We’re beside ourselves and had just about enough of this bad character. It really makes the whole foundation of all the nice and virtuous things we spend the day doing, of all our good intentions and will towards our fellow man to go by the wayside, replaced by murderous thoughts.
We sincerely hope you don’t find yourself in the same situation ever in your life. It’s really no way of making a living off another ungrateful human being. At least we made sure we dumped his precious books in the toilet bowl and are about to finish the last drop of his stupid sherry. Still, he’s probably won’t show up.
Oh, the humanity. So much for trying our hand at job creation; no one ever acknowledges our personal dedication and selfless efforts. That’s it, we’re leaving. Let us just come up with something really nasty for title and forget all about it. That is, until tomorrow, in the middle afternoon, when it’ll start all over again.
We must apologize, but as we said, there won’t be a post today. Really sorry. Hope it’s not too big of an inconvenience to you. We’ll do better next time. By the way, do you know someone who’d be interested in writing for us? Let us know. And please remind us to buy some antacids on our way home. We’ll need them. Thanks.
__________
Read Also:
* Ghost Writer

One thought on “The Untamed”