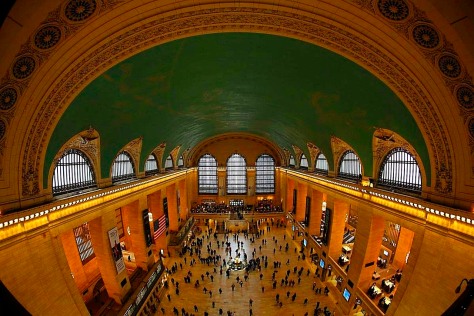 One of the most pleasant, vital, and photogenic buildings in New York City reaches today its 100th year anniversary. In the past century, through many incarnations, it went from a prime train hub, to a movie star, to a dilapidated relic, scheduled to be razed just 30 years ago.
It survived, in no small measure thanks to efforts by a famous presidential widow, and it’s ready to welcome travelers for another full century. It offers them a reprieve from their commute, and shelter from the bustling metropolis it symbolizes as few other landmarks of its age.
Built over an old decrepit depot, and largely credited, in functionality and Beaux-Arts style design, to architects Charles Reed and Alfred T. Fellheimer, the popularly known as Grand Central Station of our time has gone through several profound changes, to keep pace with the changing city.

It served well its purpose, splitting transportation duties, and star wattage, with its sister from across town, Pennsylvania Station. It was after WWII, though, that its own existence (and secrets) came into question, since cars and buses seemed destined to take over railways as a preferable commuting means.
In the process, it got in the hit list of controversial urban planner Robert Moses, a man who single-handedly redefined much of what grand public works were supposed to be. Despite many misses, he got a lot right, with some of the era-defining works that ushered a new age for the city and its surroundings. 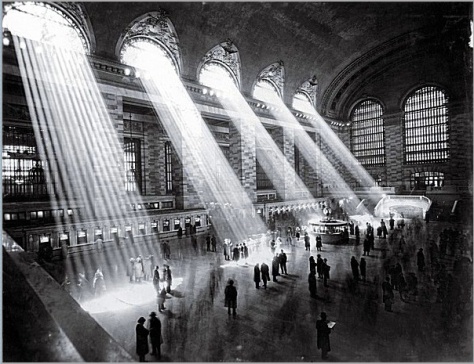 It was unfortunate then that Grand Central somehow got into a collision course with his plans for the east side. Thus when Penn Station, with all its architectural grandeur and functionality, went down in a pile of rubble in 1964, many feared that the terminal on the east was heading to the same fate.
It would have happened, hadn’t been for protests by eminent New Yorkers, such as, yes, Jacqueline Kennedy Onassis, and the City Landmarks Preservation Commission, which named it a historical landmark, preventing its demolition. Its decline though would continue all the way to the 1990s.
Curiously, one of New York’s most reviled state agencies, the Metropolitan Transportation Authority, was instrumental in the revival of Grande Central Station. Beginning in 1994, a full restoration brought the building back from the brink, and into the public consciousness.

Many can now claim having had a part into that grand recovery, which in some ways, continues to this day. But instead of listing a number of wealthy individuals who did it more out of business contingency than for cultural reasons, we should thank the city for having finally looked back at the best that it has to offer the world.
The Grande Central Terminal is certainly among those, as 100,000 residents go through it everyday, and another 20 million tourists visit it annually. It’s been featured in classical movies, and also not so great ones. It’s been the background of countless pictures and stories that circle the globe.
Above all, it’s

everything that the current, and ugly, Penn Station, and the Port Authority, on the other edge of the axis that slices the city at its heart on 42nd Street, are not: a place to stop by, to catch a connection, to grab a bite, to see an event, to meet a date, even to browse a real book in a real bookstore, for crying out loud.
And, yes, for a little shopping too, but that’s not why it’s been so endearing for a whole century. There are many celebrations set to mark this survivor’s centennial. But no amount of homages and hip-hoorays will be enough to do justice to what Grand Central has represented to New Yorkers of all nationalities.
Time to put together hands and hearts, and wish Happy Birthday to the old station. For none of us could’ve made it without you. 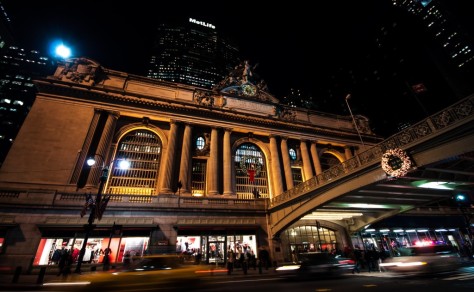 4 thoughts on “On Track”