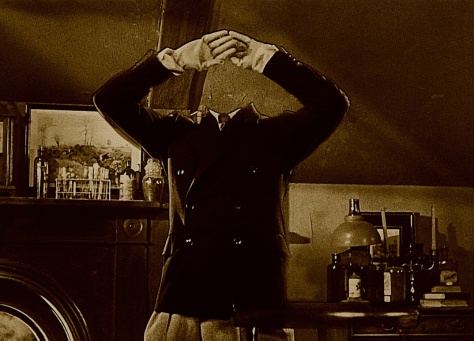 If you roam this world,

it’s very likely that there’s been a time when you wished you could’ve just vanished from the face of Earth. Maybe you owe money, did something despicable, or can’t possibly put up with what the Tea Party is doing with the American democracy.
There’s no shortage of reasons for getting away from it all. And while art and human imagination have contributed along the centuries to fulfill our longing for being physically oblivious to reality, there’s now a new powerful ally fast ushering us towards the void: science.
Several developments in the technology of bending light waves have brought us a bit closer, if not to the full monty of extreme discretion, at least to abscond a variety of subjects, that just a few years ago was possible only in movies and computer science.
From metamaterials, which interact with light and can been printed in large sheets, to a cylinder that doesn’t reflect microwaves, to even a combo of mirrors, lenses or tanks of water, cloaking devices seem to be the new holy grail to some scientists. Even if they have to make a cat disappear, like they did in Singapore.
By now, it’s easy to think that it may be all about smoke and mirrors, for some developments are truly fantastic. Such as an invisibility ‘time cloak,’ which can actually hide entire events by manipulating the speed of light in optical fibers. If it sounds heady, that’s because such a device is perfectly capable of blowing our minds.
In fact, when it comes to the quest for invisibility, it’s not just minds that are bound to be smashed. Think about how much the defense industry is investing in this research to grasp some pretty harry scenarios. And there’s also the practical side of being invisible, a prospect not to be rose-colored about.

SCI-FI & DREAMS OF SILVER SCREEN
Fantastic literature and movies, of course, have been teasing us for years about the prospect of vanishing into thin air, and talking about Harry, it was one of that boy wizard’s early films that got a whole new generation on track to be mesmerized by it. Never mind the creepiness factor of lurking undetected in somebody’s room.
Cinema has contributed a huge chunk to our fascination, and the 1933 James Whale’s feature, The Invisible Man, may have laid down the rules of this particular niche genre, that of the unfortunate hero who ruins his life by accident or ambition and never really recovers. Others followed it but none as memorable.
H.G.Wells, whose book the movie is based, was really onto something. Despite all recent flashy discoveries that have made possible to create a scenario where a person, an object and even a whole event may go invisible, there’s always a nightmarish subtext not far from it.

WATCH IT! YOU ALMOST HIT ME
Apart from being used as a lethal weapon, being invisible has its very real downfalls, as it’s not the same as being immaterial. So you’re subjected to the same laws of physics like everybody else. If there’s a time that one’d really cherish the value of wearing clothes, is when walking around naked.
Remember those dreams when suddenly you’re in the middle of work, and there’s so much to do, and you’re not wearing any clothes? Well, this would be something just like it. For starters, having a body and its demanding functions is definitely a downside, and even though we may imagine how it feels like it, we’d better not get into that.
At the end of the day, search and development of invisible devices has been driven mainly by our hunger for power, with very little room left for what initially was a gift only cartoon heroes could use and so well, and even less to improve anybody lives, at least for now. But the search continues. 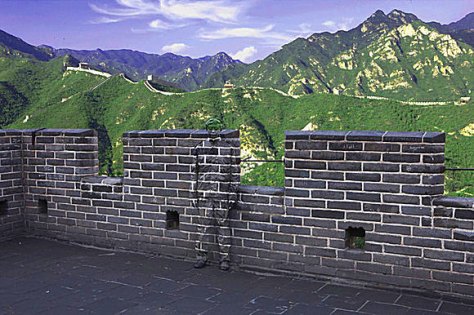 INVISIBLE HANDS CAN HIDE BLOOD
It’d be preposterous to demand a stop of all research at least until we, as species, show more wisdom dealing with scientific possibilities we can’t 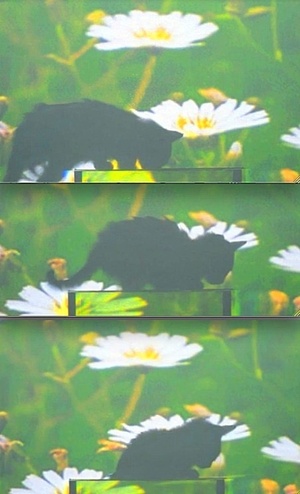 control. Fukushima, we’re looking at you, kid. But since we can’t help it, we may as well turn that into something useful, even if only to feed our imagination.
In an age when privacy and personal space are being eroded by our own design, and most of us are being constantly monitored by hidden cameras, it’s only natural to long for a device that can turn us off to the world, at least for a few moments. Let’s be careful what we’re wishing for here, though.
The very idea of disappearing at will reeks of unaccountability and the kind of anonymity that breeds a desire for control and for preying upon each other. It’s also very likely that it’ll be those who are least committed to ethics and any sense of decency the first to get a hold of such devices.
We could all use some solitude and find solace in being left alone. But who needs yet another invisible world, operated by a faceless power, and ready to manipulate us into doing its bidding? To be perfectly dark, we already often resemble sassy marionettes, happy to dance to unseen masters and oblivious to the grasp of their strings.
But one thing is being led metaphorically or, granted, half-wittingly, to play a pawn in the so-called big scheme of things. Another is to be forced to doubt whether we’re really alone on this bench, or who’s looking over our shoulders. Then again, wasn’t that exactly the way people felt the first time they saw a motion picture?
_____________
Read Also:
* Harry Who?

3 thoughts on “Seeing Through”