Once the ball starts rolling in São Paulo tomorrow, not everything will be about football. It hasn’t for over a year now, if you’ve been following the street protests in Brazil, as it hasn’t ever been about the game only as long as, well, Fifa remains in charge.
Thus, as much attention will be paid to players’ skills as to their ability to sell wares with their bodies, attire, and hairstyles. Cynics may even say that what’s at stake is not who’ll win the World Cup, but which sportswear company will sell the most: Nike or Adidas.

Increasingly, what soccer stars wear and endorse has indeed driven revenues of sport and designer goods, along with their personal tastes for tattoos and haircut styles. We can’t really end this sentence without mentioning David Beckham, the retired British player.
But while Becks has the physique of a natural born model, and his commercial appeal is only enhanced for his pop-star turned into stylist wife, many others have distinguished themselves for personal choices so ugly esthetically speaking, that they become iconic just the same.
Case in point: Brazil’s Ronaldo Nazário’s

hairstyle at the final of the 2002 World Cup in Japan. He scored all the goals and his team won the trophy, but that ‘triangular island’ of hair on top of his otherwise shaved head captured more than its share of advertising’s prime real estate.
No wonder it leads the New York Times Hairdo Hall of Fame now. But enough of your hair, what about shoes, Imelda Marcos? My, haven’t you heard, dahling? red is the new black. Or orange. Or any color but black. We should’ve heeded a certain pontiff’s personal taste; just saying.
A FORMER POPE’S FASHION FANCY
As it turned out, we greatly underestimated ex-Pope Benedict and his exquisite choice of foot attire. He was only foreseeing the future, you see – the one presided over by current soccer-crazy Pope Francisco – when flaunting the most famous pair of red shoes this side of Dorothy.
Now in Brazil, word is that every soccer star worth his fashion endorsements will display a pair of colorful shoes, sometimes one for each foot, matching jersey or hair die optional. And the crowds have gone wild over them. Black shoes? Only if you’re a referee.

Purists may decry this lack of substance that threatens to take away the sport’s very own vitality in the name of fads, which by definition and unlike soccer legacies, are not built to last. But there’s no denying: athletes have been selling wares since way before Beckham sported a Mohawk. Does anyone remember Colombian Carlos Walderana’s do, at the U.S. World Cup in 1994? The Hairdo Hall of Fame surely does.
For footballers themselves (and here we stop a long-running fancy of misnaming an American ballgame and give back the name football, at least during the month-long tournament, to soccer as it’s already known by billions around the world), it’s more than an extra income. Many have turned their naturally short reign at the spotlight into a lucrative designing career. No bad for helping out with their little maison in the Alps.
You may say, so what? shoes can’t give the world the grace of an intuitive pass or score a magical goal, not without a gifted foot inside it. True; package bears little of what’s inside, or the suit doesn’t make the man, as they say. Then again, if you think that visuals are irrelevant you’re not paying attention: have you seen Neymar’s tattoos lately?

THEIR AD HERE AND HERE AND HERE
Adidas, Nike, and Puma are responsible for 99% percent of all soccer attire worn by the almost 800 athletes competing at the World Cup in Brazil. Either through their national teams or through individual contracts, don’t even think about showing up with some homemade bandana because you won’t be allowed to play, they’re told.
Fifa, every national soccer federations, and in a much lesser scale, the players themselves, all cheerfully share the riches their multimillion dollar contracts allow them, and that’s a reality of all professional sports today: no sponsor, no ball play. But what if someone would decide to go against such rule?
As they say in Brooklyn, fuggedaboutit. Such constrain may explain in part the players’ current exuberance of hairstyles and tattoos. One almost feel sorry for them since those are the only two areas they still have a saying on, without having to call their personal assistant teams to negotiate contractual terms.
All three companies have rushed to launch a multicolored collection of soccer shoes, cleats, boots and all, in anticipation of this cup’s edition. But for marketing experts, the real duel is between Nike and Adidas, as they’ve been battling each other for world soccer dominance almost as much as the teams on the field.
Adidas used to have a comfortable lead, being worth now some $20 billion, according to Bloomberg, but Nike’s taken over at $4 billion over that figure, in combined revenue for its ample line of sporting goods, fat contracts with national teams and, of course, the full endorsement of Fifa.
They all share the same model of profiting heavily from world-recognized players and sport personalities, and a great deal of behind the scenes cunning to assure market share control. Just like old staples of the advertising world, the food and drug industries, their battle for supremacy is ultimately self serving, and boring to anyone else.

WHEN AD STUNTS BACKFIRE
But let’s not be dismissive of how hard it is to jockey for position in such a crowded and cutthroat field as that of world football. Just ask online betting company Paddy Power how its attempt to make light of a environmentally sensitive subject blew up on their faces.
Thinking it’d be funny to pretend to inscribe advertising messages as if they’d been carved out on the world’s largest rainforest, the Amazon, Paddy Power got in so much trouble that it’s doubtful that, if it all hadn’t been just a stunt, it’d have had such an impact.
Thinking that their not-very clever messages in huge letters had indeed caused yet another deforestation of the Amazon, activists and people already miffed at the way conservationist issues have been relegated to a back burner, lashed out at Paddy Power, which had to issue a wordy disclaimer.
It may hurt its business but it won’t prevent anyone from betting on the games, which are mostly illegal in Brazil and many other countries. Much worst was the backlash against the agency’s own creative juices: the ads lack imagination, and are borderline senseless. Check it for yourself.

BEST FOOTBALLER NOT IN BRAZIL
In terms of sheer skills and control of the ball, which the last we heard, are the foundations of football, very few people in the world can beat Andrew Henderson. Andrew who? Come on, what about Messi? Iniesta? Wesley Sneijder? Not even close. The reason is simple: Anderson is not a professional player.
That means, he can spend entire days doing tricks with the ball and keeping it from touching the ground, instead of going through gruesome training routines, long locker room preppy talks, and of course, all the hours spent in front of the mirror just to get that tuft of hair just right.
The good thing about this self-appointed ‘freestyle football champion,’ though, is that he puts much of his energy to charity and to promote causes such as the Eden Project, a nature conservancy effort based in Cornwall, U.K., which houses the world’s largest indoor rainforest inside a giant complex of man-made biomes.
Not being part of such a high-profile competitive sport, with its fat paychecks and demand for excellence, is really a plus if such rare skills serve worthy causes: when not busy, you’re always available for wedding and mitzvahs. Despite his ‘regular’ hair and lack of endorsements, we’d still have him in our team in no time.
________
Read Also:
* Papal Imbroglio 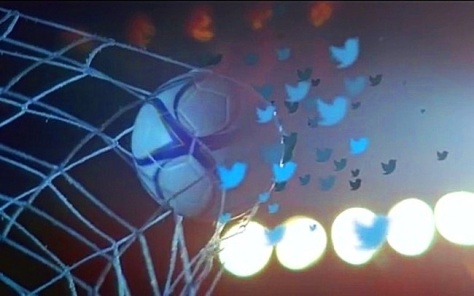 One thought on “Cold Cups I”