The Hiroshima Reminder
& the Age of New Killings 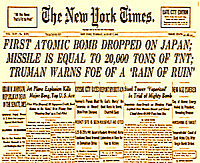 particularly blood-drenched weeks for thousands of civilians around the world, today’s the 69th anniversary of the mass killing of almost two hundred thousand residents of Hiroshima, by the first ever U.S. atomic bomb attack. It sealed the end of the World War 2 and started the nuclear age.
Meanwhile, Israel’s has withdrawn for now its ground troops from Gaza, but bombs continue to rain over Ukraine and Iraq. Plus, 100 years ago last Monday was the beginning of WW1, while around the same time, 50 years later, the first American combatants were sent to Vietnam. Blood soaked time, indeed.
Yet, for a breed of beings that’s been waging war since its inception on this planet, we’re surprisingly coy to call this game of mutual extermination for what it is. When it comes to rile up the troops and send them to the slaughtering fields, we’re often like bad parents, and lie to them that it won’t hurt. But it always does.

We insist in giving the carnage a catchy name, and promise it won’t last, but it always does, no matter how jazzed up the latest campaign is marketed to be. Remember ‘Shock and Awe?’ Almost like what the schoolyard bully would promise to do with us, at the end of the classes.
The writer H.G. Wells, best known as one of the forefathers of modern sci-fi literature, could’ve spared his legacy from a tragic miss, when he gave that first international conflict a pompous sobriquet: ‘the war to end all wars.’ 37 million dead, and two decades later, he couldn’t believe the world was ready to have another go at it.
To bury Japan’s imperial dreams of taking over where Hitler’d left off, the U.S. leveled two entire cities – Nagasaki was destroyed three days later, with almost another hundred thousand killed -, using atomic power, and justified it by claiming that such a power could not be topped, and it’d be forever a deterrent against war.

WHERE LIFE’S CHEAP, WAR’S MOST FOUL
And yet, many more followed. Speaking of justification, the Vietnam War, perhaps the most traumatic conflict the U.S. got ever involved, was triggered Aug. 4, 1964, with a confrontation with North Vietnamese forces at the Gulf of Tonkin, by covertly operating American ships.
The incident prompted Congress to give an unfortunate carte blanche to President Lyndon Johnson, and later Richard Nixon, to escalate a war that even now remains difficult, to well, justify. Coincidentally, Nixon signed the end of the war in 1973, and resigned from office 40 years ago this coming Saturday.
What we didn’t know then was that the only thing that the atomic bomb could possibly sustain was fear. Out of it, another war lingered, the Cold one, just enough to reset borders and redesign political alliances. Once we were done with it, fear of a nuclear fallout began to fade and most underground shelters were deactivated.
There’s always been a lunatic fringe, the disturbed mind of a Gravilo Princip ready to wreak havoc. But the new creed no longer cares about death or dying. Once the suicide bomber lurks in public places, fear of a cosmic cataclysm, ignited by the wrong political move, can’t prevent that vest to bring about hell right here, right now.

IT’S RAINING BOMBS & BODIES
Instead of the sole assassin, there’s a new class of graduates every year, ready to practice their craft with the blood of innocents. Either for religious or patriotic glory, fed by clerics or generals, the core is the same: pay with your life now, get rewarded after death.
Military leaders now wonder 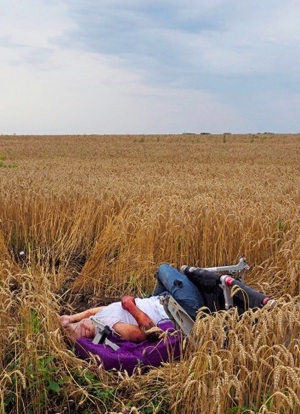 aloud whether to bomb a country. Mishaps, whether by drone or design, don’t make the front cover. And war stories are vetted before filed, so we get the exact model and firepower used to pulverize a village; family names or history, not so much.
As investigation on the downing of Malaysia’s commercial Flight MH17 continues amidst a brutal slugfest between Ukrainian and Russian forces, both accused of having a hand on the killing of all 298 passengers on board, there are now fresh faced combatants taking part in the armed push by the al-Sham, or ISIS, to take over Iraq.
As Islamic forces parade through Iraqi cities, on their way to try to crush Kurdish fighters, children have been seen carrying weapons and being fully invested with the right to be blown up to pieces, in a war they hardly understand, just like any other soldier. Fresh faces, indeed. 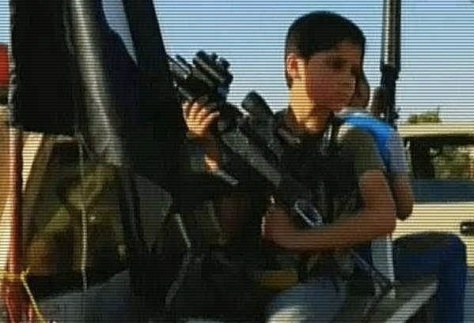 DAWN OF CHILDREN’S CRUSADES
That, actually, seems to be a new constant in conflicts around the world, from Africa to Asia to Central America: at the core of regular armies or rogue vigilantes, murderous gangs or rag-tag troops, there’s a growing number of underage combatants, obviously not fully aware of the reasons why they’ve signed up to fight.
Or they had no choice. Whereas in Gaza or in the African jungle, they have nowhere to run, in Iraq they may be given the obscene option of either holding a weapon or fend for themselves. As for Central American children, they’d rather be refugees in America than being chased down by deranged paramilitary squads.
Child soldiers, along with the ‘Made in U.S.A.’ label on weaponry used in many a global war, are two known, contemporary, evils that have compounded the misery and angst of these past few months there, and over there, and elsewhere. It hasn’t started the other day, of course, and bets are high that it won’t stop tomorrow either.

TREADING THE MINEFIELDS
Is there really a confluence of rivers of blood and gun powder coming all together now, or is just our brains seeing connections where there’s mere coincidence, or signs where there are only assumptions? What has changed and what has remained the same? From our disadvantaged standpoint, we honestly can’t tell.
All we see is a world that’s in an awful hurry to be blown up by our old fashioned habit of hating each other, even before a fast changing climate catches up with our other rotten ways. And it’s not that we’re sitting atop a hill, watching the rockets explode like scary Neros serenading an inflamed Rome.
Many of us still talk about peace with a straight face, and find no reason to believe that what’s out there is the way it’s going to be. Based on what, we’re beginning to forget, to be honest. That’s no excuse, though, to stop worrying and begin to love the bomb. Not yet. Neither here, nor right now.
_______
Read Also:
* A Bomb Like no Other 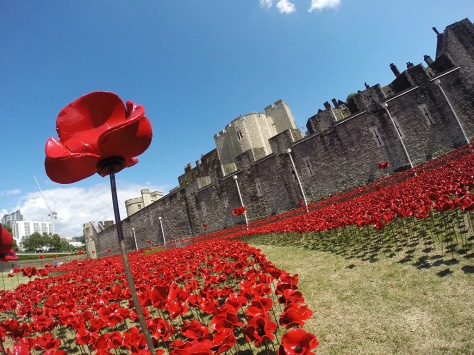