An Albino, Granny & the
Lonely One, Plus an Arabian Pod

For residents of a planet covered by water, we know little about the sea, and arguably, even less about the creatures that live in it. Not even whales, the biggest of them, – a mammal like us, and a former land animal – we know much about. We should hurry up, though.
Centuries of whaling have cut down their population. Pollution and human habits may finish them off. Before that happens, though, you must learn about three unique individuals, and a very odd pod, still swimming the oceans and challenging all assumptions about them.
To be sure, it’s not easy to study animals who live in another element, plus, there are species so secluded and hard to observe in natura that our only hope to gather insights about them is when their carcasses wash ashore. We’re still to catch a live giant squid, for instance.
In fact, we’re so desperate to know more about whales that we’ve been studying everything we can grab from them: their songs, their breath, their earwax, their vomit, even their poop. Each has shed some light on their behavior, history, even their perception about our presence.
We know now that they can live up to 110 years, possibly more, and that they’re sociable beings. Thus many may have stored somewhere within their giant brains, the memory passed along from previous generations, of how we used to hunt and slaughter them mercilessly.
But even without that memory, they have plenty of reasons to fear and mistrust us. Right now, nine companies are lobbying to use seismic air blasts to look for oil and gas off the Eastern Seaboard, a practice that’s been found to be harmful to Cetaceans and marine life.
We can’t list here all the wrong things about that. But it does make the more urgent to introduce our guests today: a rare Albino humpback; an 103-year-young grandmother Orca; the world’s loneliest whale, and a group that’s been genetically isolated from all others for 70,000 years.

THE BIG ALBINO FELLA
When Herman Melville wrote about the white whale that became Capt. Ahab’s obsession and ruin, he echoed centuries of fear about these giants. It also helped that Moby Dick was loosely based on a terrible event, the 1820 wreck of the Whaleship Essex by a sperm whale.
But Migaloo, a rare white whale that’s been pictured frolicking (and singing) around, is a humpback and has done nothing to inspire fear. Not the sole Albino out there, he’s the only one with no spots, though, and his gregarious personality has delighted those who’ve observed it.
Scientists know that it’s a male because it sings, and his name, the Aboriginal word for ‘white fellow,’ does him justice: at the estimated ripe age rage of 22-25, he’s still growing and may survive another half century. That is, if pollution, human presence, air blasts, etc, etc.

GRANNY DID IT AGAIN
Marine biologists only realized Granny, a matriarch of a pod of Orcas that live in the Pacific, is the oldest known of her species because they’ve followed her, and her calf, Ruffles, since the 1970s, helped by her distinctive patches. She must have been in her 60s, then, they say.
To determine age is not an exact science (rings formed in their earwax offer a more precise picture), and it’s silly to link her to human events (oh, she was born before the Titanic sank, some said). Still, Orcas, also known as killer whales, have had a troubled history with humans.
Organizations such as SeaWorld insist in apprehend them for profit and entertainment, and ignore that they need the vastness of the ocean to thrive. Granny was spotted on an 800-mile trek within just a few days. Thank goodness she was born as free as she should be. 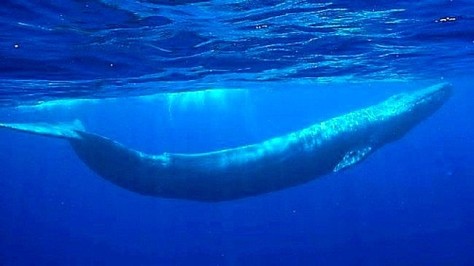 THE LONELIEST SONG
We’ve told you about 52 Herz, the whale who may never find a mate because her songs are sung in a much higher frequency of all other whales. We’ve known about this mysterious creature since 1989 but so far, have failed to capture her on camera.
Judging by her migration patterns, she seems to be a baleem whale, a species to which belong the largest animal that has ever lived, the blue whale, and the fin whale. But because

she’s not a humpback, it’s been impossible to determine her gender.
Whether the sound (which is sped up 10x here) comes from an injured individual, deaf perhaps, a hybrid or even malformed whale, it hasn’t prevent it from surviving. Or for making us all so sad and intrigued. Wikipedia says that a documentary will be out next year about her. We can’t wait.

WILD POD OF ARABIA
Isolation may not always be physical. Scientists have found a group of roughly 100 humpbacks, living in the Northern Indian Sea, that may be the most genetically isolated family of whales in the world. And more: they may have been this way for some 70,000 years.
Groups of whales share genetic similarities, and may be loosely related among themselves, but their migration patterns, the longest among mammals, is one of the factors providing them with genetic variety. Not so with this very small, non-migratory population, which may explain in part their uniqueness.
Because of their reduced numbers, this group is particularly vulnerable to extinction due to human presence. Collision with ships and net entanglement, for instance, are constant hazards in the waters they call home. But that, along with their surprising genetic makeup, is all the more reason to enforce their protection. 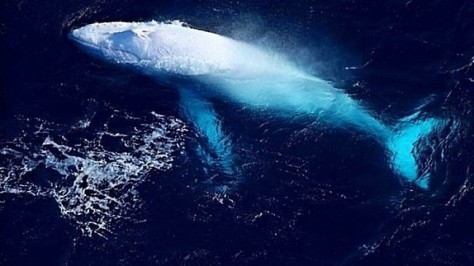 THE SINKING OF HUMANITY
It may sound a tad melodramatic but we do depend on the oceans, and the creatures that live in it, to survive. However common place, that simple message doesn’t seem to be getting through, though. And dumping plastic, pumping oil, and overfishing are certainly not the way to do it either.
When Japan and other so-called civilized nations do everything in their power to continue hunting whales, the problem is the message not the number of killings, or the lame excuse that’s for ‘scientific’ purposes. It says, we’re willing to maintain an obsolete industry that serves only a minority, period.
We risk extinguishing them before even knowing what they’re about. Or why they sing. Or their brains are so big. Or how important they are for the ecology of the oceans. And the same could be said about dolphins, tuna, sharks, salmon, seabirds, the list goes on and on.
What if one day we’ll decode the haunting and beautiful whale songs and learn that they were commenting, all along, on the madness of our ways? Or if we find out that, through them, we’re the ones slated for extinction next, and they’re just bidding their time?
Of course, their value is intrinsically beyond that, in itself, as individuals utterly different and apart from us, and in any way should be placed below our self-appointed supremacy on this planet. Regardless. For humans, life without whales would be truly not worth living.
_______
Read Also:
* Eerie Impersonation
* Close Encounters

2 thoughts on “The Whale Report”