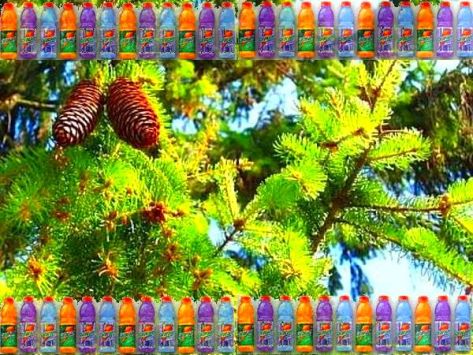 Gatorade With Flame Retardant
& the Brew From Christmas Trees

Imagine that there’s proof that America’s favorite football drink, Gatorade, is loaded with a dangerous substance. Surely the NFL would jump against the prospect of its faithful fans to be gulping something so toxic, and take steps to ban the stuff, right? Well, not really.
We’ll give the C word a rest after this, but what’s the deal with beer made from Christmas trees? Despite being popular with ancient Scandinavians, who would drink it to prevent scurvy, and certainly for entertainment purposes too, it never really caught on ever since.
We’ll discuss these two crazy beverages in a minute, but let’s open today’s proceedings talking about the other way around: the not so excitable world of sobriety. As it turns out, there’s a surprisingly adverse effect caused by less alcohol consumption, at least in the business world: clients spend less.
Come again? According to a Douglas Quenqua story on the NYTimes, there’s an almost insidious prejudice about non-drinkers. The little secret about it is that sober people may be perceived as untrustworthy, and even not very good at executing that killing trade.
It’s a gross misrepresentation, to be sure, akin to mistrust by some abstemious about those who can’t seem to function socially without a cocktail glass in their hands. But the focus of the story is the possible cultural pressure in the business world toward drinking, specially if a crucial sale or a key contract needs to be signed.
And yet, a walk through midtown restaurants at lunch hour may convince anyone that fifty years, and not merely 15, have passed since people used to drink at least a glass of wine spritzer, when sharing lunch with clients or colleagues. Three-Martini power lunches, then, may as well be a throwback prewar relic, for all we know.
JUST ICED WATER, THANKS
The soft drink industry has been crying wolf for quite sometime now. As medical evidence began to point to sugary beverages as at least partly responsible by alarming levels of obesity and diabetes in this country, it adopted a defensive strategy, based on libertarian ideas stolen from ideological battles of the yesteryear, to defend their right to sell junk.
For liking or not the truculence of former New York Mayor Bloomberg’s initiative against the widespread sale of soft drinks in the city, he still had a point: there’s no possible scenario that would characterize the consumption of a 16oz of carbonated sugar a healthy choice to anyone at any given time. And the industry’s defense, playing the democracy card, well, it’s just plain dishonest.
Talking about healthy choices usually leads people to start drinking more plain water. Thus you see everyone drowning themselves with the contents of hundreds of thousands of plastic bottles of water that have become the world’s single biggest discarded item in landfills. Besides, new research suggest such a benign liquid may not be as pure as some believe.
All sorts of chemicals we consume in our food and medications are finding their way back to water reservoirs and even in the expensive stuff we buy in boutique delis. In April 2013, a U.S. Geological Survey, for instance, found disturbing traces of caffeine, Ibuprofen, hand sanitizers, Prozac and even insect repellant in the water that Tennesseans drink.
Since we can’t survive without the stuff, and it’s still better for you than Pepsi or Coke (there, we said it), the solution may be to improve our water treatment plans to improve the quality of what we drink. It may not be easy, though. The bottle water industry has become one of fastest growing segment of consumer beverages, even challenging soft drinks.

WHY THIS TASTES FUNNY?
Which brings us back to the opening graph of this post. Yes, the drink that’s most associated with sports, and it’s an official sponsor of the football league, contains brominated vegetable oil (BVO), a patented flame retardant emulsifier used in plastics. It’s also found in a number of sodas and sports drinks, and has been banned by the European Union and Japan.
According to Richard Schiffman, who wrote the story for The Guardian, BVO is linked to ‘potential health effects, like altered thyroid function, reduced fertility and neurological damage.’ Then again, besides being a ‘neurotoxic and can lead reproductive and behavioral problems, at least in rats,’ it works wonders against open fire.
Knowing what we now know, for quite sometime, about the potential health hazard that the addition of bromine to soft drinks may cause, it’d be only natural to expect that the NFL would at least contribute to the grassroots movement dedicated to ban it. One should be only so lucky. Heard the one about brain damage on football players, caused by the sports itself? So, you know.
Instead, it was a 15-year-old from Mississipi, Sarah Kavanagh, who started the efforts last year through the site Change.org, ‘to get soda manufacturers like PepsiCo, the maker of Gatorade, to eliminate BVO from their products.’ By April 2013, the petition had already gathered over 200,000 signatures.

THE NORWAY SPRUCE JUICE
It may have all started with ancestors of the Vikings, who believed that a brew made of the needles, shoots, light-green tips and inner bark of the popular conifer, was effective against scurvy in those long, lonely journeys across the sea. It also helped that the beer was forest-scented, perfect for those unwashed tight ship corners, and strong too, of course.
The habit was quickly adopted by the British navigators, who, naturally, had to make tea out of the tree too. But as modern research has reasons to doubt its properties against the scourge of the Discovery Era, caused by extreme lack of Vitamin C, chances are beer was being consumed because it was way less dangerous than water.
Such alternative to contaminated water was know to Native Americans and early colonists too, according to April Fulton, writing on NPR’s Foodways. She mentions the copious literature about the brew, and plenty of recipes for food and medicines made out of spruce. Later on, its resin became commonly used for oral hygiene.
RECYCLING THE EVERGREEN
As with most of everything, what was once a part of the arsenal for survival in the wild, is now Hollywood’s latest trend. Or at least, of those who live surrounded by natural forests, as in the Pacific Northwest and the Rocket mountains. Thus, there’s already a number of micro-breweries shipping spruce beer for the discriminating connoisseur.
Then again, it may take a while for the expression ‘a nice glass of Christmas tree’ (here’s the C word again, sorry) to become part of the American vernacular. Still, if you’re staring at your soon-to-be broken-down holiday tree (and boy, aren’t you behind?), you may feel compelled to experiment with one of the recipes easily found on the Internet.
Hey, it may beat having to drag that whole, falling-apart, thing down the stairs and to the curb outside your door, where it’ll probably sit for a while. It’ll likely be all by itself, since most of your way more diligent neighbors have already gotten rid of theirs. And it may no longer smell as fresh as a pine forest.
_________________
Read Also:
* Popping the Question
* Extra Gulp