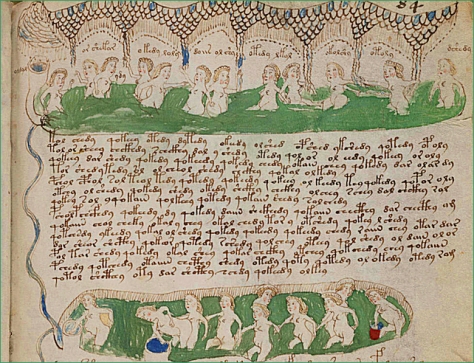 Treatise or New Language,
Voynich Enigma Is No Hoax

In the age of massive data collection, of inflated intelligence budgets, and of mastery of secrecy and surveillance, it’s a sobering realization to see how a 15th century manuscript continues to humble ciphers and code experts, as the Voynich has been doing for ages.
Since its rediscovery in 1912, some progress has been made, but overall, all efforts to understand it have been thoroughly defeated. Despite several theories, and a few words deciphered, the content of this exquisite document remains elusive and mysterious.
Named after Wilfrid Voynich, a Polish-born book antiquarian, who acquired it in Italy, and owned it until his death in New York in 1930, the Voynich Manuscript has been handed by some of the most brilliant minds of what became later known as the global intel community.
Alan Turing, the British computer wiz who later broke the secrets of the German Enigma machine, took a crack at the Voynich, and failed. So did William Frederic Friedman, one half of the so-called America’s First Cryptographic Couple (with wife Elizebeth Smith), who worked for decades for the U.S. military. 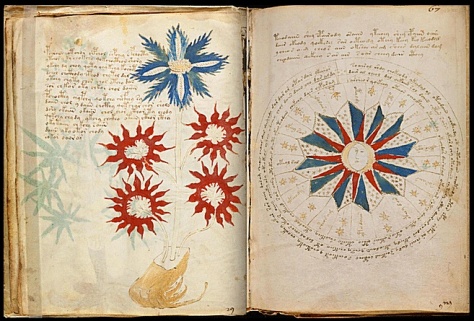 WHEN CODE BREAKERS GET BROKEN
Having decoded hundreds of papers (and previously obsessed with a theory, later abandoned, that works by William Shakespeare were actually written by Sir Francis Bacon), he spent decades on the Voynich, but came up with only a well-crafted but ultimately vague anagram, whose key was revealed after his death in 1969.
‘An early attempt to construct an artificial or universal language of the a priori type,’ was all he could gather of the manuscript. Many others tried their hand, or at least worked theories around its origins. Among the most durable, two out of four are still standing and show promise.
An interesting take was advanced by Lawrence and Nancy Gladstone, pointing the book’s authorship to Roger Bacon. But for all its elegance, the theory lost steam after Carbon-14 tests determined that it was written around 1400, some two centuries after the founder of the Oxford University lived.
Arthur Tucker, a University of Delaware botanist, proposed that the mysterious language could be Nahuatl, of Aztec and Toltec peoples who lived in what’s now Mexico in the 15th century. But beyond linking a few dozen plants to drawings on the Voynich, he didn’t go too far. 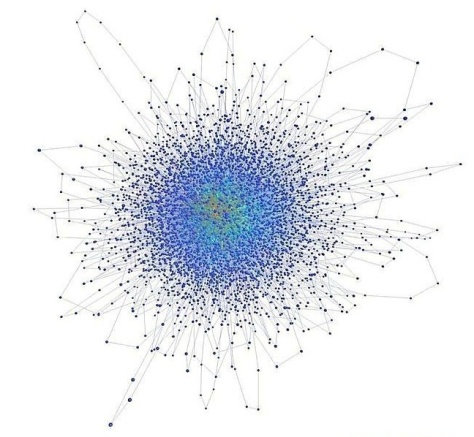 A LANGUAGE OF UNKNOWN CONTENT
What seems to have been determined is that the book – which first surfaced in Europe in 1666 already with a backdate of at least a century – is not a hoax, as some have suggested, or a random collection of drawings of plants, naked women, and astrological signs, without a single recognizable letter on its voluminus content.
Recently, a Brazilian mathematician at the Universidade de São Paulo, Diego Amancio, developed a software program that showed, at least statistically, that the characters in the book do follow a similar pattern of aggregation found in meaningful texts.
His system may prove a useful tool for cryptographers searching for that elusive meaning. One that’s got very close to it is Stephen Bax, a scholar at the University of Bedfordshire, who produced a paper and a video, detailing his attempts at deciphering the Voynich.
Working independently from Amancio’s model, Bax makes a convincing case for assessing the manuscript’s content as a treatise, having managed to attribute meaning to 10 words of it. Not much but, in six centuries, they’re the first ones anyone has extracted from the text.
A RARE STAY IN WASHINGTON DC
There are many other mysterious codices and religious books, tomes of uncertain provenance that miraculously made it all the way from Antiquity to the present era. But most of them have been deciphered, decoded, and thoroughly incorporated to modern studies.
What distinguishes

the Voynich Manuscript is its enticing illustrations, of flora, fauna, and natural phenomena, not quite like those we’ve been familiar with for centuries, all shrouded in an apparently made-up tongue, with its own elusive syntax and grammar.
While the original has been housed at Yale University since 1969, and a digital version is now available online, ‘the world’s most mysterious manuscript‘ is now on display at the Folger Shakespeare Library, in DC, as part of ‘Decoding the Renaissance, 500 Years of Codes and Ciphers.’
As curated by Bill Sherman, the show explores ‘five hundred years of secret communication,’ tracing the ‘surprising connections between Renaissance texts and technologies and modern methods of cryptanalysis,’ according to its catalog.
Perfectly timed to reflect our age of government surveillance and hacker prowess, it’s also fitting that the show would include an ancient document that’s so stubbornly defied all attempts to be deciphered. Will it finally give away its secrets, allowing us to pry into its alternate reality, or will it remain as impenetrable as the Great Sphinx, and just as the people who built it, its author’s identity forever lost to time?
_______
Read Also:
* Counting Glyphs
* Age of Voynich
* L’Enfant Savage