Upon Departing, Would You
Tell a Story or Leave an App?

The flip side of living longer is that death now may also take longer to finally succeed. That allows some to endlessly rehearse their aw(kw)ard acceptance speech, and others, to compose long goodbyes. And yet many are happy to just get going. Here’s to your own, self-penned obituary, and the app and avatar that’ll outlive you.
People do wish to control their own narrative, and obituaries are potentially the final word about it. Soon there may be more Websites of those who went before than the breathing kind like us (knock on wood). Just like the current humanity, counting in the billions as it is, is but a fraction of everyone who’s ever lived.
We should be careful about what we wish for, though. One of the gifts of being alive is that, mercifully, we have no idea when our time is up. Long, extended diseases, and the industry of the ‘cure‘ making sure that we last, however, may be changing even that most gracious of nature’s charities.
But heaven forbid if we were to take away such a precious comfort from those on the death watch. After all, to have time to prepare one’s affairs, and everyone around, for that announced demise is no small miracle. Hence, the wills, the lists, the requests for forgiveness, and the peaceful way to depart from this realm.
The same with this new, decades-old world we’ve created to keep our distance from each other, the Internet. How many of those you know know your passwords, your Wed identities, above all, your wishes about what to do with it all? Not many and most are not too eager to give that sort of advance notice away either.
You can always program, though. Better than to leave behind a wake of digital detritus, why not set something up, or find a way to terminate it all for good? A few predated posts may just do the trick. And there won’t be any need to deputize someone else to run things afterwards.
Granted, the person who’s gone won’t particularly care one way or another. So it’s just an ethical matter of some consideration, on whether you’d like to continue, so to speak, indefinitely, or would rather leave space for those who actually stand to be affected by it: the living.

BETWEEN TOMBSTONE & LIFEBOAT
Marilyn Johnson has helped disperse the common idea that newspaper obituaries, for instance, should be shallow and phony in their eulogy to the dead. In her intriguing The Dead Beat, she demonstrates how obituary writing is an important art form, usually assigned only to experienced journalists. One of the most read sections of any paper, the death notice must tell a compelling story starting by what’s known as the tombstone, the ‘who,’ what happened, why it matters, where the person came from, a few highlights, quotes, and a glorious epilogue, called the lifeboat: those who survived the deceased. Since as mentioned, many find themselves with extra time to plan that sort of thing, writing one’s own obituary has become part of that to-do list of those busy dying. And it makes all the sense, if that brings a level of therapeutic conclusion to a life supposedly well lived. More power to them. Speaking about spending time on death row, professor William Drummond decided to assign prison inmates to write their own obituaries. The results were as rewarding for them as they’d for someone sentenced to die by disease, not for crimes. A final reconciliation with the past and a chance to choose how to be remembered. 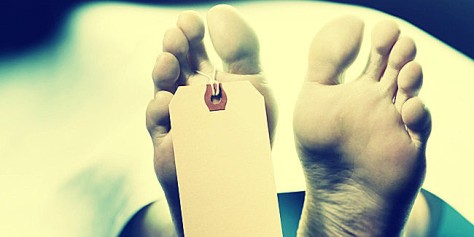 TASKING YOUR POST-MORTEN AVATARS
There are those who make plans on how to spend their lifetime savings, while others are happy to find ways to memorialize their best moments. It’s a fact that a great number could or would choose neither. But for those who do, there’s an app for it. A digital manager, if you’d prefer. Like to Tweet? You may now download an app that will continue tweeting for you after you’re gone. Oh, you’d rather ‘stay on message, right? Don’t fret, there’s a number of startups that would send wholesome, heart-warming messages, or simply downright hate mail, on your behalf, to whoever you’d choose. Wills, financial planning, funeral arrangements, even paying bills and yes, password access, they’re all covered by a new slew of utilities that’s supposed to make your life, er, death, easier. Or something to that effect. Most likely you’d do it for those you’re leaving behind, because, well, you know. In one episode of the TV series Black Mirror, a company ‘recreates’ the grieving protagonist’s boyfriend, turning his disembodied digital print into an actual walking and speaking person, albeit synthetic, that looks exactly like her dead lover. Sorry to repeat it, but yes, we’re on our way to have something like that too.

GREATLY EXAGGERATED DEATH REPORTS
One company will generate you an avatar to interact with loved ones via a Skype-like software, while another promises to create your computer-generated image, to relate, and possibly creep the hell out, of those you’ve known. What if people decide to choose a ‘better’ looking version of themselves? A big difference between an app that uses a gadget to assure your pseudo-permanence, and an obituary that tells your life story: your involvement. In this afterlife device you’d choose to be remembered by, the app is, ultimately, someone, or something, else’s property, while the story is yours to tell. Still, even the famous had to face the unsettling reality of reading about his or her own death on the paper. Greatly exaggerated, of course. Or the indignity of a hit-job in the form of an obituary, as it happened with the writer Colleen McCullough. She couldn’t care less, of course, but it’s a travesty all the same. You want to have your story to be told truthfully. Or at least, fairly. When well written, an obituary can add something to someone’s biography. Or summarize his or her legacy with flair. We’re not sure that an app will have the same transcendental quality. Then again, we won’t be here to check it. Both the self-penned death notice and the special-ordered software have something in common too: they reflect our anxiety about being forgotten, about not leaving footprints to call our own. Short of big material feats, we may be left with only a not too interesting story. It doesn’t matter, though; it is ours.