How We May Spend Our Lives
Before Something Else Happens

Socrates got it. A great number of scientists get it. Even Christians, Muslims and Jews often get it too. Most of what we do from the moment we wake up to the moment we go back to bed is a disguised effort to shield us from one thought: we’ll all going to die, regardless if in fifty years or right after we finish this anguishing sentence.
But cheer up; such desire of winning over the inexorable impermanence of our days on Earth may only lend meaning to our achievements as a species. From forming a family to building a tower, from writing books to curing diseases, we’ll all outlive our flesh and blood by the sheer reach of our deeds, and the ability to live on through our kin.
While our faith in the future is conditioned by what we choose to believe, either being the elaborate dogma of religion, or the unwavering pursuit of a notable life, we’ve been around the block a few times to know when such beliefs are enough to give our lives depth, and when such invisible power ceases to have any relevance.
It’s futile to complain about the brevity of our time here. Much wiser is to contemplate the miseries of the human body when it grows old and frail and sick. For our experience to last longer, we can always borrow that of those who came before, and turn them into our own shared adventure. That way, those few decades are automatically extended to at least a hundred thousand years, perhaps more.

ASKING FOR AN EXTENSION
Still, it’s in our nature to constantly devise ways where we could cheat our mortality and come out on the other end with a view of the full arc of the civilizations we’ve built. Such industrious exercise of imagination, which at times consumes and defines us, holds not much currency, though. We can’t think of a sadder end, when one has already outlived all those who they’ve known and loved.
Short of that, it’s one of life’s great mysteries that we’re supposed to live it to the fullest, and when the time comes, to graciously give it all up. Since we haven’t made a conscious decision to be born, our life, however unalienable our right to live it or dispose of it as we please, doesn’t completely belong to us. Just don’t tell that to the trolls who enjoy making yours miserable.
For those not about to get frazzled with their own prospects of living or dying, there’s also the no small gift of having no idea when it all will end. Many a master zen has been caught in the final moments, struggling along with the body’s natural urges to survive, trying to bargain in vain with the Reaper. But alas, we know not many tales about a second chance on this regard.
The truth is, no one can guarantee that they’ll be brave and noble and ready to go, when that moment comes. That’s probably one of the reasons we’ve created such cathedrals to the great beyond, perhaps hoping to get an advanced notice, or a hint of the grim news to come. Since that’s hardly forthcoming, the second best is to imagine that another world is waiting to welcome us on the other side. 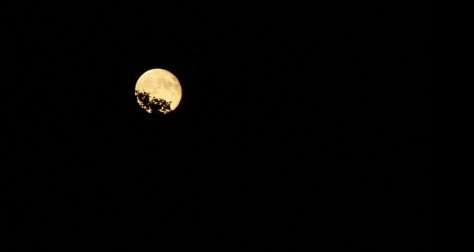 THE MEMBERSHIP CARD
Of course, we know of no one who came back to tell us how’s that working for them so far. So it would seem obvious that, first, to agonize about what’s coming after this life, is foolish. And second, it’d be the greatest excuse for us to make this time the very best to us and to those surrounding us, whose fate may ruin our own dearest plans.
Again, we know of very few who may be succeeding in doing just that. Which doesn’t mean that we haven’t been trying to apply to this exclusive club of do-gooders. They must be out there. But we often have a hard time finding just the perfect reason why we would be accepted into their midst. Which is the essence of the thought of that great thinker the world once knew: Grouch Marx.
You know the joke, Woody Allen opened one of his best movies with it: we wouldn’t join any club that would accept us as a member. Which, of course, screams of what someone, whose application has been denied one too many times, would say. Almost like, screw you, now that you want us to grace your stinking parlor, we’re not interested, you can shove it any way you like it.
Still, for those branded with the evolutionary trait of empathy, it’d be very hard to live with themselves if their self-awareness would indicate how utterly vindictive such a put down would be. Specially to end a post that was going so well, or at least we thought so, on such a sour note. So we must bring up some kind of reassuring feedback.
Thing is, we’re so convinced of our own importance, in the big and even in the smallest scheme of things, that often we ignore, or choose to, the fact that, to nature, it doesn’t really matter. To the planet we live in, the animals and the trees, the oceans, the mountaintops and all that, we’re completely unnecessary. They were all here before and, with luck, will remain long after we’re gone. 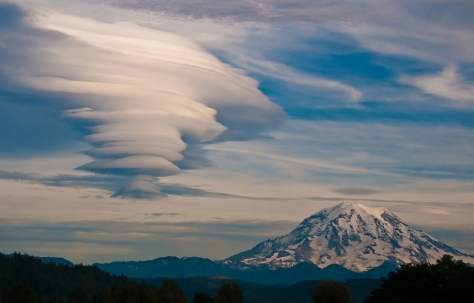 OUR LORD OF INCOMPETENCE
Or so they should. Again, not unlike our own beating heart, we’ve come to be into a borrowed world not of our own making. The fact that now, we’re very much concerned about how much damage we’ve already caused to it, and whether it will even survive our wake, is not just a humble realization of our inadequacy and unfitness to co-exist with all that surrounds us. It’s goddamn alarming.
So for the sake of growing girths and by the absolute inability of cleaning up the lint out of our navels, since we seem incapable of looking at anything beyond it anyway, there should be more moments, in the spam of a lifetime, of a day, and even of a single moment, when we could just shut the hell up and go water the plants or something.
In other words, we’ve been droning on and on here, and to think that, all of a sudden, the most revolutionary idea will pop up out of nowhere to us, or that rapture would be pleased to have our company at precisely 6pm of the twelfth day of the year of what’s-its-name lord, or even that an advanced race of aliens would’ve taken interest in us, is, well, what we’d probably like to be known for.
We’ve been doing this for such a long time that we may have forgotten that, at the end of the day, it’s just about what you’re going to tell the world. Or the kids. Or yourself. Who, as you probably gathered by now, is just the person that happens to know you best, but who’s not always given a chance to lodge a word, before you start talking. So enough of the talk and let’s leave it at that for now.
_________
* Originally published on June, 2012.