Conversations Across the World
& the Comfort of Fellow Bloggers

No wonder blogging is on its way out; it’s something I do. No surprise that yet another little pleasure of mine is about to be retired; it’s happened before. Till then though, let me partake with some of my fellow travelers on this mostly thankless endeavor.
I’ve known none of them in person, enjoying their company from afar: they sit at their desks in faraway lands and I don’t even get up to greet them. Ah, the cyberage: sharing most inner feelings but not our own collective breath. But I digress.
Blogging is a necessity to some, an escape valve to others. An open line with the world or a rescue rope amid inclement waves. It’s all but a hobby, or it wouldn’t last. More like distant voices that ebb and flow and add their own colors to an increasingly grey and noisy world.
Thus some stay and persevere, posting with the consistency of someone who’s chained to a dialogue with invisible foreigners they could never invite to dinner. Others walk away, stolen by life’s petty urgencies, or lost to the realization that it simply can’t be done.
I’ve found much solace from across the ocean, and meaningful feedback from someone living in a tent in Africa or a prairie in Australia. Which is more than all my loved ones combined, who mostly ignore that I even have a blog, could provide me if I’d asked them. At the end of the day, however, I blog to appease myself. 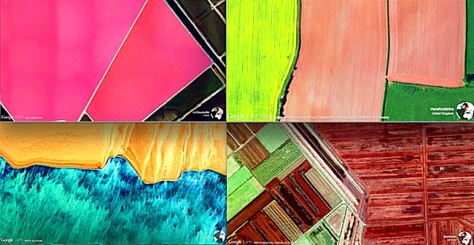 WRITING LETTERS ON THE SKY
At this point, I’ve promise myself to quit it a few times already, just like an addict lies to himself just enough to get to the next hit. Right after one more post sent out there to fight the good fight, I feel the same comforting relief junkies must feel with dope running in their veins.
But I get sick with angst, I doubt myself, and roll on the littered ground of crappy sentences and too easy ways out of my almost unbearable urge to write these posts, ignoring and in despite of my best judgment which always yells at me: what for?
In fact, I’m aware that it’s partly this lack of self-awareness that allows me to cut myself a break and write just this one, before (more)
_______
Read Also:
* The Unconfessional

shutting the hell off for good, going mute, taking that leap into the great unknown of throat-slashed animals who can’t complain about the pain.
Just the other day, I was reading about a site that organizes and takes over your posts, after you’re gone, and places a fine, well-crafted coda, to your lifetime of oblivious and secret labor. How nice. They won’t assure you that you’ll finally have a wider audience, though. What for?

THE VANITY OF BEING ONE IN A CROWD
Despite its over 100 thousand hits, Colltales is among the neglectable 8-digit level position in world blogs, way behind those about niche collections and exquisite compendiums of how to bury a septic tank or tie a triple-knot bow in a cascading set of dominoes (don’t ask).
Its inventory of over 1,500 posts could indeed produce a small, 20 or 30-story anthology of bests of, that would likely be self-published with great dedication and love, and then pile up at some dusty attic until a welcome fire would consume it all in a blaze of glory.
But I may still do it. That’s the kind of blogger I am, I guess. I always knew that success would be secured to me had I decided to write about the crowds that take the New York City F train at the Broadway-Lafayette subway station, everyday at 9:48am.
Oh the stories I could’ve written about them, the delays, the drama, even a fateful jump or two into the tracks right before the train pulls up into the station, by someone who saw it fit to ruin everyone else’s morning commute as a final act of despite. A blogger? Come on.

WHAT KIND OF BLOGS FEED A BLOGGER?
I guess I could, but I don’t think I’d make it interesting, or vital, or even readable. That takes the kind of skill and talent I once thought writing everyday would bring me. Laughable, I know. But if in that department I lack, in the reading one, I excel.
Full disclosure: I’ve grown so accustomed to feeding on Unclerave’s Wordy Weblog, or Bryan Hemming, The World According to Dina, or Micheline’s Blog, that I must give them credit for at least coming this far, without (yet) falling apart. But there are more.
AshiAkira’s Blog, Muz4now, Russel Ray Photos, Vicky Nanjappa, Vikran Roy’s Blog, Allabroadconsulting are all part of my wakeup rituals. As WordsFallFromMyEyes, So Far From Heaven, and Eremophila’s Musings used to be too, but unfortunately not so much now (brief hiatus, I hope.)
Lavism, NakedBerlin, Ft.//La Vie éclectique, Air Squadron’s Blog, Usyaka, Antodesimone, and London London are pure delight. And so are RickyBols’s, Spanish Scribbles, Ginger’s Grocery, Notachocolatecake, Tuttacronaca. Plus Gratuitous Rex, Catskill Bob’s Blogosphere, and John SterVens’ Tales.

WHAT? NOT A SINGLE CELEBRITY?
There are many more too, and it’s like I know each of them but couldn’t pick any out on the street. Which is just as well; I don’t see too good anyway. Nor I do ‘friends’ as I used to either. Glad they’re riding along though; they’re the reason Colltales is not a solitary place.
And why searches on it don’t produce a single ‘Justin Bieber’ or ‘Taylor Swift.’ Well, one or two, actually. Still, it’s way more likely that you’ll find a few posts on some obscure subject, like Reverse Speaking, for instance, I found on a blog I came across once.
As I write this, the thought that many of these posts are bound to outlast me and still not be read by more than a dozen, creeps in and snaps me out of the sentimentality that was about to settle in. And if the rich buy the Internet, no one will be able to find them on the Web either.
It’s just as well. As flawed as they are they’ve kept me alive and reasonably sane. And hooked on keep on doing it. It’s an ebb and flow and you know that we’re not alone. Besides, who cares they’re not exactly rocking the world? Everyone, really, it’s true. But I digress.

8 thoughts on “It Blogs the Mind”