The Challenger Explosion
& Its Thunderbolt Lessons

International Year of Peace, and ‘We Are the World’ was a big hit. On its second visit in a century, the Halley Comet was at its closest to Earth when a melting Chernobyl reactor caused the world’s scariest nuclear disaster. But right off the bat, 1986 marked the worst tragedy of the space age.
On January 28, the Challenger Shuttle exploded on live TV, killing all seven astronauts, including Christa McAuliffe, who was to become the first space civilian, but turned out to be the last teacher to be nationally mourned and eulogized in the U.S. It’s been downhill for educators ever since.
It was the Reagan era, and

footage of him will probably be all over the airwaves. In a year of yet another flawed immigration law, his administration would be caught selling illegal weapons to Iran and arming the Contras to top Nicaragua’s democratic elected government.
The 30 years that now separate us from the Challenger explosion also equal the entire length of the Space Shuttle Program, which folded in 2011. Before that, another group of astronauts perished in 2003, when the Columbia, the program’s first space-worthy vehicle, tragically disintegrated while reentering Earth’s atmosphere.
These tragedies, along with the program whose many achievements are now part of our daily lives, look now so far back into the past, that even the ideas that inspired it seem remote. NASA doesn’t even have a comprehensive space plan currently running.
A MAJOR MALFUNCTION
It’s also easy to forget how close we all came to believe that space travel would be a new century routine, and many are quick to point that it was exactly that kind of sense of false security that led to the fatal errors causing the Challenger’s demise.
Perhaps. What’s for sure is that, without daring mistakes, we wouldn’t even have gotten to the Moon, and how uninspiring our age really is if our dreams nowadays have to come attached to a mandatory bargain price tag. Unlike weapons and conspiracy theories.
McAuliffe was slated to conduct the first high school science classes from space, to a Internet-less world full of teenagers who still cared about the subject. Instead, children along millions endured her spectacular dead, and that of her co-travelers, broadcast live.

TEACHING CHILDREN WELL
Such brutal awakening may have also marked, at least symbolically, the beginning of the end of Americans’ appreciation for the role of teachers and educators. It’s a curious phenomenon, promoted by half-witted politicians and their austerity policies.
Even though science and innovation was one of the tenets of U.S.’s ascension to its world power position, an entire generation grew apathetic and spoiled by the inventions that surround us. Science school grades have never been so low in average.
That’s probably why, instead of tele-transportation and weekly trips through the Solar System, we’ve got only a better iPhone (more)
_______
Read Also:
* Farewell Mission
* Waiting For Discovery

or mouse-traps. Utility ideals, and their self-contented minions, have finally taken over ground control. Curious minds have been set adrift.
THE WAGES OF DARE
Tragedy, heartbreaking failure, grief, and even anger against a set destiny, or act of god, are healthy, necessary, fundamental conditions to drive us ahead, and out, and off the beaten path. Run away from those who are afraid of harboring doubt.
It almost feels as if whenever we send a rocket to pierce our protective adobe, we’re sticking it up to archaic assumptions, that we should be happy to have this cozy cocoon, so to slaughter each other without breaks for silly reveries.
The Shuttle Program seem now as if it was all daydreaming, a result of an already reductive view of space exploration. Cynics would say that’s because, unlike all wars of conquest and discovery, there are no indians to kill. Or aliens. Not so far, anyway.
If there’s not a promise of spilled blood and inexorable massacre, of violent clash of cultures and eternal conflict between different races, then we’re not interested. Maybe that’s why suddenly, interest in space waned: the Soviet Union was no longer. 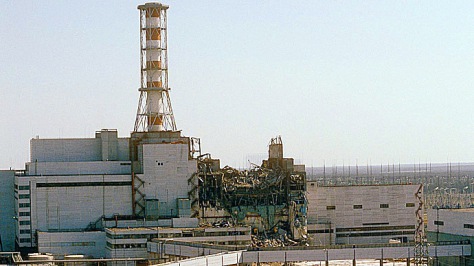 NO FIRE, NEXT TIME
But if reducing every advance to its ‘us against them’ underpinnings is not just a big cop out, but also intellectually suicidal. Faith must be restored on doing anything for more than the desire to annihilate our known or unknown opponent.
There are certainly nobler motivations

behind someone’s getting up every morning to better the world, to feed a family, to set another generation in the path of self-knowledge. War hawks love to cheer the sonic boom of canons firing. But birds of peace fly much higher.
The Challenger crew went out with a bang, but while doing what they loved best: setting a better day to mankind. And that their sacrifice has done, as space it’s now safer than ever. But we’ll never be free from the grief that comes out of having tried and failed at any given time.
So here’s to Teacher-in-Space Sharon Christa McAuliffe; and astronauts Gregory Jarvis, Judith A. Resnik, Ronald E. McNair, Ellison S. Onizuka, Commander Francis R. (Dick) Scobee, and pilot Mike J. Smith. We said our goodbyes then; now it’s time to say, hello, we’re still here.
Godspeed.