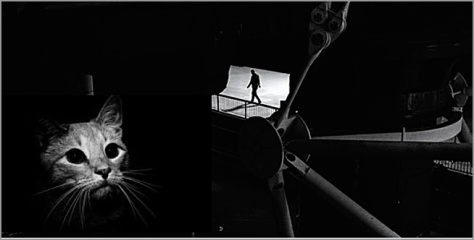 Who Is the Mad Dog
Murdering English Cats?

Maybe it’s Internet envy. You know, people who hate you just because you’re all over the Web. And your name is Justin Bieber. The culprit is unlikely to be among cat’s biggest enemies (no, not dogs): bird lovers. But watch out: the U.K. has a serial kitty killer on the prowl.
Nothing cute about it, though. Someone is beheading cats in the South London Croydon neighborhood, and police has no clues, other than the killings are gruesome and ostensible: the psycho leaves mutilated bodies where their human companions can easily come across them.
Again, it may have to do with Internet access and its magnifying effect. For just

a few decades ago, serial killers were known mostly by law enforcement agents. Now, you need to ask your Uncle Bob to please, shut up already, when he babbles about them as if they were his pub buddies.
Their creepy habits, pathology, and biographies are a constant theme of family dinner conversations, and inspiration to countless movie plots; best seller books and even songs have been written about them, and everybody seems to have heard of that lonely soul who married one in jail.
That’s how most of us know of a particularly haunting trait they all seem to share: an early childhood taste for torturing and murdering small animals. Thus, the British press, not particularly known for nuanced coverage, sobriquet for the newest psychopath: Croydon Cat Ripper. 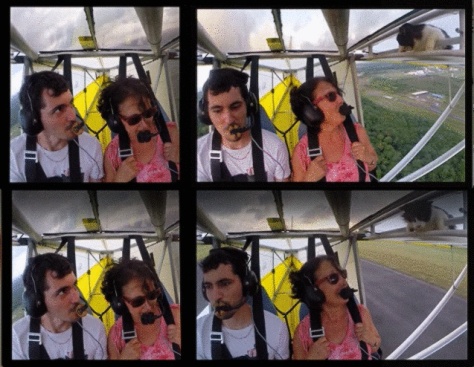 BLOOD SPREADING OR COPYCATS?
Cats have attracted extreme passion or fear throughout history, and the overstatement needs no emphasis. From ancient Egyptian adoration to Dark Ages‘ obscurantism to redemption through the Black Plague, the domestic feline trajectory with humans has been as vertigo-inducing as a roller coaster.
But once clichés are set aside, a richer picture emerge, of a creature with a rare appeal, both aloof and Zen-like tempered; independent, suffused with mystery, and yet, resolutely loyal to those who (more)
_______
Read Also:
* Ailurophile, Caturally
* Suddenly, Last Caturday
* A Farewell to Furs

love them. That is, till a deranged individual steps in to do them harm.
Then, like all animals before humans, they’re as vulnerable and defenseless as well, pussycats. Like those poor pets, found without heads and tails, by horrified Croydoners. An estimated 150 cats have already been murdered in similar circumstances, by someone with a obviously grisly agenda.

MYSTERIOUS BUT USEFUL CREATURES
A much less useful, but certainly more pleasant, exercise is to wonder why, after all, felines dominate the Web, and not, say, spiders. Their antics, specially as kittens, are certainly no more cute as that of any young animal, even human babies, for that matter.
But while millions seem mesmerized by screen cats, often forgotten, is what they’ve brought to their relationship with humans. More than mere vermin hunters, cats have literally saved us during the Plague, and were as crucial (and sadly sacrificed) during wars as we and other animals were.
Tales of their friendship with pharaohs and monks date from time immemorial, and it’s no wonder some want to bottle their scent, or learn to speak their language. And remember how Belgians used Tweeter cat pictures during the aftermath of the terrorist attacks.
Neighborhoods hire them, as do museums. In New York City, they’re the keepers of the classic bodega domain, while many world cities have chosen cats over humans for mayor. And if you haven’t seen enough of their videos, check this kitty ‘working’ as a guide to his blind dog friend.

WHY ARE THEY COMING FOR YOUR PETS?
To prevent your blood sugar from spiking, however, there are always tales of cruelty, individual or institutional, against cats. And dogs, and rabbits, etc, etc. In most of Asia, for instance, they’re part of restaurant menus, and some Aussie cities allow people to shoot ‘the pests.’
Things are only now improving within the horror show of medical and cosmetics research, after some unwatchable videos leaked, causing a public outcry. And there always morons who take pleasure in shooting arrows and BB guns at furry creatures, for pure sadistic sake.
Considering the brutal realities of the natural world, the survival of the fittest and all that, and it’s clear that there’s enough already conspiring against the living. Which makes it plain mad to even justify, as some do, the existence of such a likely monster who’s stalking the cats of Croydon.
A VICTORIAN APPRECIATION & THE FUTURE
Curiously, it was at the Crystal Palace, not far from the neighborhood, where the first cat show, in 1871, may have helped shape a new public perception about cats. From the Middle Ages’ fearful legacy, to today’s admired intelligent masters of survival, the change was radical and definitive.
And like the old archetypical pipe-smoking

detective that Conan Doyle invented, would conclude, this ripper are unlikely to get away with his (or her?) malevolent deeds. After all, and it pains one to say it, cats do enjoy a better reputation than those poor women who met Jack.
Hopefully, if and once that happens, no one will ask the Internet what to do with the person. No crime deserves the punishment that some online commentators would prescribe. But to anyone of sound judgement, it should not be all together pretty. In other words, we’re coming for you, sucker.