Argentina’s Stolen Babies & the
Unfair Legacy Thrust Upon Them

As far as G. knew, his was a great upbringing. Only child of a wealthy elderly couple, he grew up in a big house in the outskirts of Buenos Aires, with all the toys he ever wanted, many a happy summer spent in the Alps, and the occasional trip to Disneyland. Papá worked for the president, so he even got to play at the Casa Rosada sometimes.
It was there that he saw the old ladies. Everybody knew about ‘Las Locas de Jueves,’ as mamá used to call them. But now they were often on the evening news, ever so briefly. Then papá got arrested and G.’s world went into a downward spiral. Specially when he learned that his grandmother could be one of those Thursday Crazies. 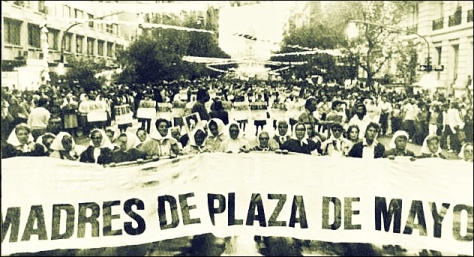 Not the one he loved so much, and laid to rest at La Recoleta years ago. Someone else. Someone who helped sent his godfather to prison. Someone who called papá a torturer and a thief of kids. From then on, the life he knew began to unravel and almost nothing he ever thought was true, was. That was not his father. That was not his mother.
One day, someone knocked on his college dorm door. He opened it to a spitting image of his, staring back at him. ‘I’m Juan. I’m your twin,’ he said. It was the end of his studies and beginning of a heart-wrenching, gut-spilling, mind-twisting existence. It’d take long, if ever, for G., now, P., to either put pieces together or throw them all out for good.

That year, he’d part with being a teen, and with his entire history, family, and full name. He’d meet a whole new set of relatives he never knew existed, and is still not sure he’ll ever love; come to terms with his parents being monsters even as he wouldn’t be about to ever hate them; and replace his own personal, lived experience, with a narrative told by others.
He would also find out that he’s unwittingly part of one of the greatest tragedies that befell his country, and there won’t be a place for him to hide, or disappear, like what happened to his biological parents. As they, he’s now forever trapped within a tale not of his own making, and likely much bigger than his own life will ever be.
Speaking of life, his still unsure about what his is supposed to be. For the burning intensity of having an organic connection with a group of strangers, who suffered through hell to find and make him one of their own again, has no bearing on or anticipate whether any of his double lives – one of absence and the other, obliviousness – will ever belong to him. 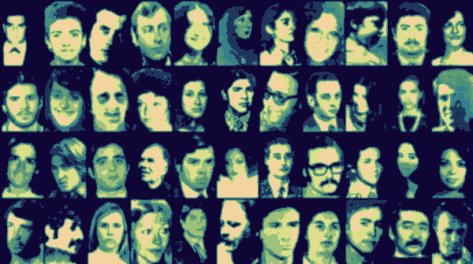 THE SEARCH FOR THE NETOS
This fictional account of G., or P., or A., or K., has been multiplied more than a hundred times in Argentina. Ever since The Mothers of Plaza de Mayo picked a Thursday in 1977 to protest the disappearance of their sons and daughters, murdered by the military juntas that took over the country three years before, and lasted till 1983.
When it was obvious they would never return, the madres pressed for their children, many related to them, a humanitarian quest that’d sure to offer everyone hope. Historically, the theft of babies ordered by dictators is akin to the grotesque rape of women by every invading force since Antiquity, on their way to total domination and control of the blood lines of those they’ve vanquished.
It was integral to the wave of right-wing, fascist coups that swept Latin America from the 1960s on, few with the ferocity adopted in Argentina, Chile, and Uruguay. Such nefarious weapon of subjugation (more)
_______
Read Also:
* Dead Presidents
* South American Trio

was far from exclusive of the continent, though, as documents uncovered in recent decades attest that it’d also been previously employed by Franco in Spain.

Over 30 thousand vanished in Argentina’s so-called Dirty War, and while the precise circumstances of their demise is still unknown, it is acknowledged that many opposition militants caught by the death squads were pregnant and may have been forced to carry their pregnancy to term, before being murdered.
THE THREAD THAT UNRAVELED THE HORROR
The Mothers were the catalyzing force that put a focus on those children, with help from an international team of volunteers who dug up files and remains, and conducted DNA research to determine their fate. That led to many cathartic reunions, but there may be an unknown percentage of those who’re aware but hesitant to come out to the public glare and meet their biological kin.
Justice has been slow to come out too, but in Argentina, some junta members who hadn’t already died wealthy and peacefully, did go to jail. And so happened in Chile, then led by former guerrilla Michelle Bachelet. Another former political prisoner, Brazil’s Dilma Rousseff, took some steps, too, before being victim of yet another coup, this time legislative, that ended her presidency.
Militaries considered those babies no more than war spoils, to which to award despicable bottom-feeders closed to power, for their support. But to those they raised, they were loving parents. The rude awakening these children went through, when democracy was finally restored and the truth about them came out, is a curse no human being can survive intact.
RELUCTANT MASCOTS OF A DESPICABLE PAST
Many of them, now middle aged, want no part of what seems to others a national reconciliation process, and remain unidentified. Some of the 121 ‘Netos,’ as they’re known, who were found, emerged conflicted and traumatized, like damaged soldiers, but with the extra aggravation of having to be under the spotlight and scrutiny of a baffled public.
It’s the kind of narrative that has a shallow surface of rescue and pseudo redemption, fit for tabloids and soap operas, and a much thicker layer underneath, made up of raw nerves, unhealable wounds, and heartbreak. The Netos’ plight is the opposite feeling of a phantom limb: while they no longer feel their severed chunks, everyone else’d rather see them still attached.

While Madres and Abuelas were the ultimate slayers of the psychos in power, the reward they sought came broken and undone. The stolen kids were themselves robbed from their own epic. They ignore the story their parents didn’t have the time to tell, and the new world that replaced their ruined one is populated by strangers who’re also still struggling to get acquainted with them.