A Few Choice Picks For
Those Who Have Something

Every year we come up empty; as hard as we try, we can’t say bad things about gifts. Thus our humble tradition, a list of the kooky and the odd, regardless of purpose, source, or price. Among this heap of out-there conversation starters, we’re sure you’ll find that special something to make it your own. Share it. Keep it. Give it all away.
Timing is everything so ’tis the season to call them presents. But even if Van Gogh had something else in mind on Christmas eve, 1888, there’s no need to lose an ear, or sleep, over what to give. From blood vials, to wine, to floatation tanks, there’s something for everyone on your list, including you. Except us; we take cash only, please.
It’s all a matter of 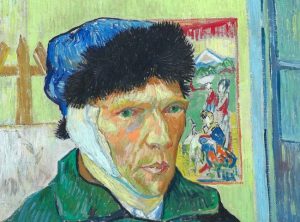 perspective, of course, and reception, as that man who married his TV set used to say. To retailers, the best holiday season would start in July. And the best way to celebrate it is to compile a list of business that ‘do not honor Jesus’ enough, according to a Christian group.
While Christmas sales will likely start on the 7th month of 2100, based on the Quartz’s Oxford Street Creep Calculator, 2016 marks the 14th annual Naughty & Nice List, prepared by the ultra-right religious group Liberty Counsel. In other words, repent or we send you to hell.
It’s all in the spirit of the season, no doubt, one about forgiving and loving thy neighbor. Except when they’re not devout enough, or something. Complain as you may about even having to shop for other people’s gifts, but you may feel better considering that, at least, you’re not on their list. Not yet, anyway.
The following is not a list, by the way. In fact, it’s more like a selection of mind-twisting things to distract you away from what’s going on, or seriously, to inspire you to be nice and get that special sponge your Uncle Bob mentioned he wanted. Hey, he may cut you some slack and not grill you about Trump. Remember, has has four full years to do it. 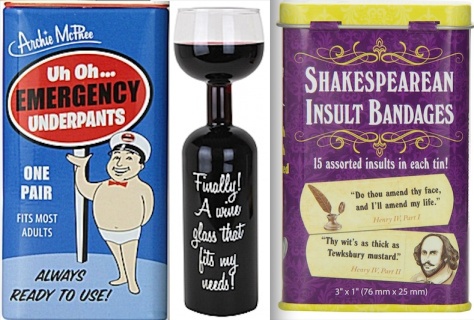 THE CLEANSE & WASTE PACKAGE
Speaking of the season, let’s face it: it finds us all in a particularly sour mood. So why not put together a kit of toiletries to comfort body and mind, and getting a bit wasted on the side too? Ideal for the bathroom-geared: bandages, underwear, and toilet paper. And, yes, wine too.

Get ready to be complimented on your thoughtfulness, or just better fit to the after party. With Shakespeare-insults printed on the bandages, a pack of emergency underpants, and some rolls of the president-elect specialty paper, you, and the object of your gifting, are now ready to drink on a bottle-size wine glass. Salut.

THE USEFUL VICES SELECTION
Granted: this is not for the healthcare-cost busted budget, but once you clear that financial hump, the rewards are healing. Star with the Pavlok wristband, to reduce cheap cravings, then add two vials, to store a few ounces of blood, yours and of that lucky one you’ll invite to share a floatation tank bath, and you’re all set. Dream on, baby.
It’s simply luxurious. Don’t argue, you deserve it. Get extra points by going for broke and placing the whole bundle under somebody’s tree. Good for you. You may even top it with Sick Rose, a collection of Victorian illustrations of diseases nobody has anymore. Happy therapy. 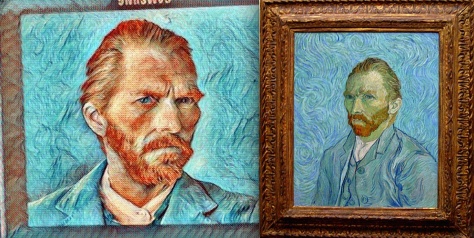 THE ULTIMATE GENIUS TOKEN
Now, one the most bizarre links that come up when you Google ‘Hurricane Sandy,’ is a video of someone running in the rain, wearing a horse-head mask. People do those things, as you know. It was all over the news. The mask is also a hit in parties and, as we said, we won’t say anything negative about giving. If that’s your thing, by all means.
But that’s nothing compared to what Vincent did on that Christmas, upon learning of his brother’s engagement: he chopped up his right ear. Or at least that’s what new research seems to indicate as for why he did it. Vincent, of course, is Van Gogh, the Dutch grand master painter, and a certified tortured soul.
He appears here because for years, many believe that his crazy act was a gift to a lover, due to his er intense personality. Which (more)
_______
Read Also:
* Downtime
* Present Time
* Tis the Season

is also still possible. In the end, the world would be forever grateful that he didn’t die in the attempt, and that brother Theo, despite his fears, remained loyal and supported he and his painting till the end.

THE GREEK & THE HORSE’S MOUTH
It seems to be human nature that we get always so excited about gifts. Gabrielle Berlatier, Vincent’s friend, was reportedly so moved by his gesture that she fainted. But, as with many things, the Greeks were probably the first to insert suspicion into the idea. Result: there are gifts and then there’s the Trojan Horse. 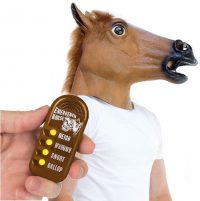 Shame but that likely spoiled the fun to everyone, including equines. Soon, the unrelated Horse’s Mouth expression took hold, and we began taking offerings with the proverbial grain of salt. Which is also wise for checking this or any other gift list; you never know what you may unpack.
Cautionary note fully acknowledged, however, we do hope you exercise your cardiac muscle and get a kick out of giving a few, well thought out presents to those who’ve put up with your horsing around all year. Otherwise, the only one to make you company over the holidays will be that now second hand TV set, which we heard it’s missing cable.

One thought on “The Gifter’s Referral”