To Those Who’ll Get Coal
& Little Else to Cheer About

Many are piling up about how bad 2016 was. We agree. Almost nothing has gone our way, the world became considerably worst, even if some disagree, and unless our brains are fooling us, we’ve lost too many great humans, who used to make this place more bearable.
These are all good but arguable points, though. To millions, this wasn’t just a bad year, but their worse. Our kind thoughts to those broken hearts, to whom a cheerful season tastes like a bitter joke. For they survived not to feel any better but to endure even more of the same.
It’s our condition to mourn and grieve; to lose what we love most, and hold on to what murders our soul. We let go when we’d love to hang on to, and look after what will finally stab us. But there’s payback due even to the afflicted: when we pass away, our troubles are over.
We leave lovers and children behind; a legacy of shattered dreams

and failed hopes. But as they cry, we settle; we no longer care even as they may despair. To ashes, as they say, our bodies, clothes, and deeds. But to the left over, misery is the keeper of another day.
There are many whose absence will make us scream. But to others, tomorrow comes out of screams. We may dutifully memorialize our dead, while they have the living wounded to care about. While we lay to rest and say goodbye to dear ones, to those still standing, we may offer are our deepest sentiments.

TO ALEPPO CIVILIANS & DUMPSTER FAMILIES
As we make plans and shop and get happily drunk for the holidays, civilians in Aleppo, Syria, face carnage, ethnic cleansing, random sniper fire, and air raids by government forces, many countries and assorted  militias, plus mercenaries, out waging war to make a buck or two.
Think 2016 was bad? Over 12,000 have already been killed in the country this year, and the survivors wonder whether they’ll be next, 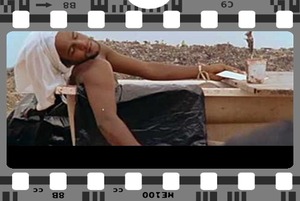 just as your sweet niece wonders if she’ll get a brand new phone, or you’ll finally get something decent this time around.
Of course, your family could be one of thousands making a living, and actually residing, in urban garbage heaps around the world. From Cambodia to India, from Brazil to the Philippines, they breathe and, often die, picking through our dejects. Merry, merry, merry.

TO REFUGEE KIDS & VICTIMS OF HATRED
Last year, it was the photo of 3-year-old Aylan Kurdi, face down on a Turkish beach, that went viral. Now it was the bloodied but alive 5-year-old Mahmoud Raslan. Both Syrian boys unwittingly became symbols of our era’s biggest wound: the fate of millions of refugees.
They could’ve come from anywhere, as the state of permanent war keeps spreading to ever wider swaths of the world. While hawks and weapon makers profit, boys, girls, their families, relatives, friends and neighbors, flee or perish in the crossfire. Once in a while, an image floods our screens. But mostly, they shout but no one hears.
Meanwhile, hate is a booming business in the U.S., and like the Aleppo kids, the 49 shot dead at the Orlando nightclub in June didn’t deserve to stand in from all others still victimized for following their lot in life. To the ones they’ve left behind, this is a season in hell.

TO DEAD WHILE BLACK & FUTURE UNDER ATTACK
The police won’t keep track but over 200 black people were shot dead by cops in 2016. Most were unarmed, whose deaths won’t be vindicated in the court of law. Perhaps in a few years we’ll know how many more could’ve been killed too, if President Obama wasn’t in charge.
It may not seem so but the needle did move forward, and awareness has increased; not even a white supremacist-supported president will prevent the march to justice. We may suffer (more)
______
Read Also:
* Holiday Fare
* Mad Beverages
* Nary a Christmas

further, but the day will come when to matter while-not-being-white will no longer be a dream.
If black youth are in the crosshairs of law enforcement in America, though, Americans may be in the crosshairs of terror. Michael Moore put it thus: 9/11 caught Bush ‘asleep at the wheel,’ but no one may be at the wheel next time, since president-elect won’t hear intel briefs. But maybe terrorists will Tweet instead of using planes. Tra-la-la.

TO ALL WOMEN, THE SLAVES OF SLAVES
Once again, a staggering number of women were raped, brutalized, assassinated, disrespected, undermined, ostracized, persecuted, ignored, passed over, belittled, robbed of their humanity and betrayed by other members of their own gender throughout the world.
In the 1970s, hypocrites chastised John Lennon for using the word ‘nigger’ while making a point about women’s condition. Then and now, righteousness was an excuse to pontificate, while diverting focus from the unsettling substance. He’s gone but his truth remains.
Condolences to millions of female voters who couldn’t make Hillary Clinton president, or keep Dilma Rousseff as leader of Brazil, and may not be able to preserve Park Geun-Hye as head of South Korea. These pioneers’ losses are like steps backwards for all mankind. Mistletoe. 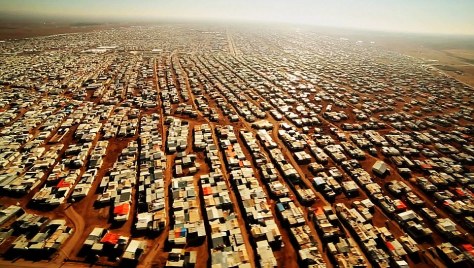 TO NEWTS, GRINCHES & SCROOGES
Since you have won all over this year, and are still so euphoric even to fully appreciate the fruits of our demonic efforts, you’ll be probably the only ones with a smile in your tumescent hearts this season. Yes, it went all according to plan, and you should be very proud of yourselves.
The misguided hordes did exactly what you covertly guided them to do, from Brazil to the U.K., from most of Europe to the U.S. And, peachy, they haven’t even waken up yet, so go ahead and spike that eggnog. You won’t be held accountable just yet, so hurry up, open your gifts.
While they were collectively shooting themselves in the foot, words such as ‘truth’ and ‘reality’ lost all practical meaning, and ability to anchor our shared experience. So, kudos to you, get wholly jolly while you can. But no matter how long it will take, keep that in mind: eventually, we will come for you. It’ll be Silent Night all over again.