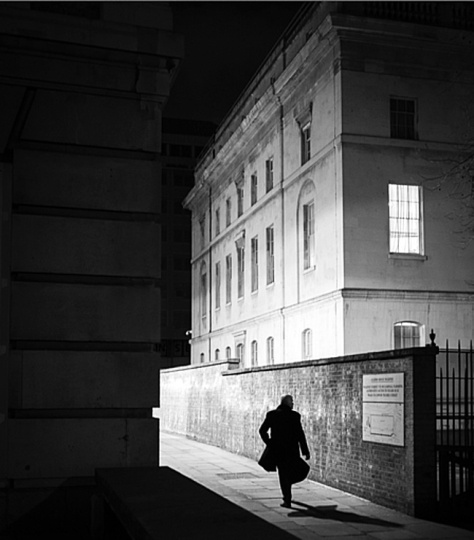 In a Mad World, There Are
Jobs Only Psychopaths Can Do

They mesmerize you just like a spider would. And just as well, haunt your nightmares. There may be one among your dearest friends. The thought of you knowing a predator who may consider you no more than prey, is as scary as wondering whether you may be one.
But now we know more than ever about psychopaths, through books, movies, and real stories. There’s a new understanding about their evolutionary role and they, gasp, may not be as fearful as society thinks they are. Or at least, not without purpose.
Whole sections of bookstores, or rather, on your favorite online seller, are about their pathology, traits, even theories as to why some of us have no empathy to peoples’ feelings, or pain, while others are just glad to marry them out of sheer awe of their personal power.
Of course, every one of these treatises starts by defining what a psychopath is, what it is not, and most important, what the hell is the difference between them and sociopaths. By now, we’re all cognizant to such variances and mostly have a pretty good idea about what kind of compulsion drives them to do what they do best.
And what’s that, again? If you’ve said that it’s murder, you may not know as much about them as you thought you did. For, according to modern psychology, psychopaths come in a myriad of varieties and, even if you’re not particularly inclined to know the gory details of their mindset, you may at least educate yourself, just enough to, you know, get out of their way.
For despite all contemporary reassessment about what a predator is and what it does, there’s not much change in one basic reality: no one should get on their bad side. Just like sharks, you don’t want them to be extinct, but that doesn’t mean you’re ready to jump in the water and swim alongside them.

THE BLURRY WISDOM OF POP CULTURE
There are now studies purporting to justify the valuable role psychopaths may play in society, what we can learn observing one, how successful some have become as captains of industry, about how some online games make you act just like one, and, yes, whether you are a closet murderer, but that you already knew about it.
Other research supposes what a psychopath would do – you see, just like Jesus – in any number of situations. Or how badly the movies have portrayed them, even though you may kind of miss them when, and if, they finally meet their comeuppance in your favorite series. In fact, they’re ever present in popular culture.
And in real life too, of course, although it’s relatively rare when someone like Bernie Madoff gets caught. Behind the much patting in the back, there’s the shame of realizing that none of his victims anticipated what he was up to. And some of them genuinely thought they were best friends, up to the very, bankrupted end.
After all, remorse is not something that’s usually part of the palette of positive attributions behavior psychologists believe psychopaths could teach us. But (more)
_______
Read Also:
* Live or Die By Mouth
* Last Words

for every one who ‘made off’ with someone’s else wealth, or life, there are hundreds who may be just as successful without ever being caught.

LURKING AT THE TOP OF THE FOOD CHAIN
This being about empirical science, researchers have also found some interesting physical shortcomings from being someone with, let’s say, such a particular set of skills. As it turns out, some have an impaired sense of smell, connected with the front part of the brain of even non-criminal psychopaths. Who knew?
Still, no scientist worth his or her white coat is prepared to say that being a psychopath is a good thing, or even that it’s not a severe mental illness that’s often left untreated only because of its very nature, and the tendency of those afflicted by it to disguise it and hide it from everyone else.
As far as mental diseases go, it’s at par with schizophrenia, bipolar disorder, and psychosis, and equally as dangerous both to the person and to those around them. Even without killing anyone – for after all, not all psychopaths are murderers -, they can be toxic to anyone that come into contact with them.
Due to their private nature, most go on living almost unaware that they potentially represent a danger to other people. Often, their sense of entitlement and vicious competitive nature wind up hurting everyone on their path, even as they wonder why everyone is so scared of them.

MIRROR MIRROR ON THE WALL
Worst case scenario, of course, is when those traits get out of control and the person is incapable of bottling up their anger and frustration. Which, as it’s been said, is so secretive that others become easy prey, exactly for not realizing what’s behind the mask of charm and charisma.
Going back to the definition of a classic psychopath, the jury is still out. The world is a terrible place, and some would say that a commander who sends his troops to certain death is a murderer, gambling with other peoples’ lives, no matter how noble the ends. Or who can see nobility out of a public execution?
It’s easy to see those who convince others to become suicide bombers as a cold murderers, who would lie in order to get them to blow themselves up in the name of some cause. But was Hitler a psychopath or just a mass murderer? Some researchers even claim that between fictional Hannibal Lecter and British PM Winston Churchill, only one was a psychopath: the latter one.
A CEO earning millions and living an expensive life, while his employees struggle to make ends meet, may be insensitive but still a nice person. He’s the only one getting well rewarded, though. We leave the last word to the somewhat rare case of a psychopath who was also a serial killer, Ted Bunty: When you work hard to do something right, you don’t want to forget it.
(*) Originally published on Aug. 28, 2014.

4 thoughts on “Out to Get You”