‘Why may we not suppose four ninths of our globe to be cavity?’ Edmond Halley’s 1692 Hollow Earth theory was rightly debunked for its faulty science. But it did lend, at least for a while, credence to a recurrent feature in ancient mythology, folklore, and legends.
No pun intended but underneath it all, he too was drawn to the allure of tunnels, caves, and the underground. The hidden and the obscure are innate to our psyche and beliefs, just as natural or manufactured burrows, are ideal temples for practical and mystical needs.

‘Descend, bold traveller, into the crater of the jökull of Snæfell, (…) to attain the centre of the earth. I did it. Arne Saknussemm.’ Two centuries after the Isaac Newton collaborator made famous by a comet had given up on his idea, Jules Verne concocted his own atemporal version of the enduring myth, in the best-selling novel, Journey to the Center of the Earth.
Halley, an accomplished scientist thought to have been instrumental for the 1687 publishing of the Philosophiæ Naturalis Principia Mathematica, was ironically betrayed by what’s deemed a flaw of the revolutionary treatise: Newton’s erroneous attribution for the mass of the Moon.
By overweighting that mass in relation to Earth, by a factor of 1 to 26, instead of 1:81, the man responsible to our understanding of gravity laws unwittingly gave room to Halley’s supposition: Earth should be hollow, possibly inhabited. And the source of the Aurora Borealis, too.
None of this is detrimental to the two genius of science, or our debt to them. But Halley’s hypothesis did hit a resonant note, if not for its sacred past, then for a long string of mentally ill visionaries and phony prophets, way back from the Enlightenment to, sadly, our days.

BELOW THE BOTTOM
Even before antiquity, caverns were considered places of power, dwelling of spirits of good and evil, passages to other worlds. Many peoples and tribes, some whose descendants still walk among us, believed that the’d come from the Earth’s insides, and were supposed to return there someday.
All civilizations had some reference to the underworld, the Hades, the place where the dead lived. Dante Alighieri placed the Christian hell under our feet, so the faithful would live in fear and don’t stray. Throughout history, burials may have been so popular presumably for reasons other than just recycling.
Even today, some believe that UFOs actually come from beneath us. And just like vampires, fly out at night from hidden entrances in the poles. But the fact is, even if it were scientifically possible for this rock to have a giant hole inside, without cracking, it wouldn’t be big enough to accommodate all theories about it.

SECLUDED CATHEDRALS
To be sure, nature is not shy of keeping us away from its secrets, and often land or underwater caves are as inaccessible to most humans as the outer space is. Vietnam’s Hang Son Doong, the world’s largest cave, has its own jungle, rivers, and climate. And lethal challenges and a roll call of dead people too.
Its exploration is beyond most people’s athleticism and endurance. Just like astronauts are a special breed, so are cave enthusiasts. Also, due to Earth’s volatile geological and seismic configuration, while there may be even bigger caves yet to be discovered, some may suddenly cave in or shape up overnight.
Just as their enclosed universe will remain intimate and challenging, so will one’s connexion with those places. They may serve as a meditation sanctuary or a spot to hide, and the strength of one’s (more)
_______
Read Also:
* Whole Shebang
* Ghost Ride

experiences while in them is conditional to the purpose of entering one in the first place.
A FUNCTIONAL IMITATION
Almost as ancient are our race’s feats of engineering mirroring the functionality, power, and elegance of natural underground galleries. Tunnels, mines, water and earth works, bunkers and storage spaces, were all invented, or made possible, by emulating what chance and evolution have created.
From housing to manmade ducts, such as subway tubes laid down below city streets, or basements several stores down under tall buildings, all are practical applications of simulated geology. Just like brains conceal our thoughts, caverns are disguised realms, often inhabited by creatures only found in their depths.
Human works are impressive, but nothing compares to paleoburrows recently discovered in Brazil. Possibly built by an extinct giant ground sloth or armadillo, about eight to 10,000 years ago, some are over six-feet high and 2,000 feet deep. And their walls are exquisitely smooth, likely carved by the animal’s claws.

INTO THE DEEP
Something about picturing entire civilizations living inside Earth has driven the imagination of our ancestors, in ways hard to relate to nowadays. Except, of course, by those all too willing to surrender logic and rationality. That’s excellent for predators, always keen to smell opportunity in the eyes of the faithful.
Something vital may have been lost when most of us stopped being awed by unexplainable phenomenon, or simply, beauty. Perhaps that was needed in exchange to what many still insist in finding ways to cheat on: provable facts. As short in wonder as they may be, their empirical reassurance is a condition for survival.
Whether reality in itself is enough to instill us to face the unknown, naked of prejudice or pre-conceived ideas, is an argument for the ages. It takes courage to pursue an idea armed only of faith and beliefs, until it proves itself an amazing fact of life. But it’s even more challenging to admit it may have been a fluke.
IN & OUT OF THE JOURNEY
Newton, Halley, Verne, and so many others, have left their mark for being rigorous in their pursuits, and yet, never losing their sense of wonder. While some simply choose to believe in a sensible world, others are still undergoing that journey into their own guts, in search for answers.
Saknussemm was a summation of many of humankind traits: an obsessive dreamer and also a fraud, leading the incautious into a mortal adventure just to satisfy his own drive. His fictional diaries, though, carried enough lessons to serve us well into the future. Specially when it calls out on us, bold travelers.
‘We may go to the moon, but that’s not very far. The greatest distance we have to cover still lies within us.’ Charles De Gaulle‘s surprisingly deep insight, on the other hand, points to the dual nature of every odyssey. Space seems now as daunting, vast, and mysterious as gravity seemed yesterday. And yet, we could not have lasted without the latter, just as the former is sure to be conquered tomorrow. 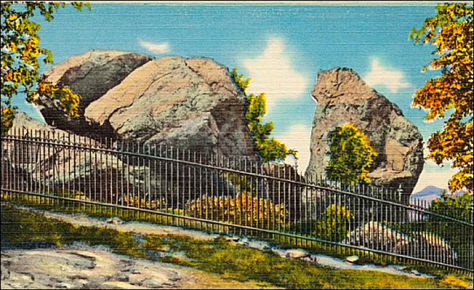