The Comma World of
Grammar Vigilantes

‘Language is a source of misunderstandings,’ wrote Antoine Saint-Exupéry. He’d surely have elaborated it further to indict the written word too, but probably wanted to keep the sentence short. Knowing the risks helped him avoid mix-ups by a discriminating use of punctuation.
Many a wrong diacritic, though, fell an incautious scribe. Among them, behold the common comma, tricky hook known to trip phrase and auteur alike. Lives and reputations have been ruined by its misuse, and to misjudge the pause literally sucks the air out of the communication.

Isn’t it why they’re often referred to as accidents? Don’t dare tell that to a philologist, who’d be capable of stuffing your pretty face with quotation marks so thick, soon you’d be spitting your own full stops to the matter. And you thought you English teacher was mean.
Speaking of which, native English-speakers tend to look down on accents used in the most languages, as unnecessary pomposity. They don’t know how easy they have it. Those marks are in fact as vital to meaning as words themselves, and you may forget to use them properly at your own risk.
And unless you want to get into a fistfight, it’s also advisable to never, ever, say to a grammarian that punctuation need not to apply to emailing, texting, and/or tweeting. As Michael Skapinker put it, in one of his FT columns, social media and short messages do not protect us from misunderstandings.

SPLICE, YOU COMMA CHAMELEON
He was referring to a recent Maine court case worth thousands of dollars, won due to good comma placement. For often, you may think that being tired, frustrated, slightly drunk and ready to hit the sack, excuse you from adding a fifth comma, just before the ‘and.’ Don’t, we beg you.
Let’s be forgiven only once about this, two full sentences shouldn’t be separated by just a comma, as in this case. There’s simply not enough pause, critics of the Splice comma say. But on the prior graph, you’d be in Oxford comma jurisdiction, as the lack of that fifth messes all up the meaning.
It’s all a tad less than thrilling, you’d say, lacking fun and games quality, until somebody sues, that is. For ages, (more)
_______
Read Also:
* What’s the Point
* Author’s Revenge

tongue minders have stressed out about excessive exclamation points, intrusive hashtags, slashes, apostrophes, even about a beloved of ours, the ampersand. Now, it’s mostly a comma world, it seems. 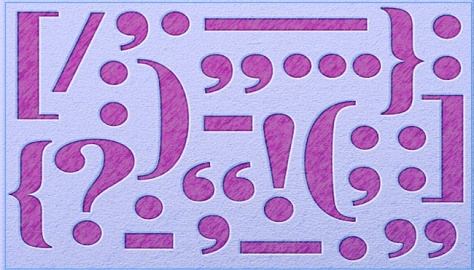 THE RIGHTEOUS GRAMMARIAN WAY
Not a semicolon too fast, could say wordsmiths such as New Yorker’s Mary Morris, Jill Abramson, former editor of the NYTimes, even demigods William Strunk Jr. and E. B. White, authors of the bible of English writing, published in 1920, Elements of Style (no, we’re not adding any exclamation points here).
Placing a premature final dot on the erroneous notion that word crafters and stylists as a soft bunch is to ignore centuries of blood and colons spilled in the name of, well, a colon. Many a mortal duel resulted of ill-arranged syllables, and espionage, murder, jealousy, and other human frailties suffuse the literature about it.
In contemporary Bristol, U.K., a  self-appointed ‘grammar vigilant‘ roams the streets to ‘apostrophize‘ what he sees as public signage ills. Instead of contempt, his mission has been greeted around the world by readers who post examples on social media, where his sharp marker would be welcome. 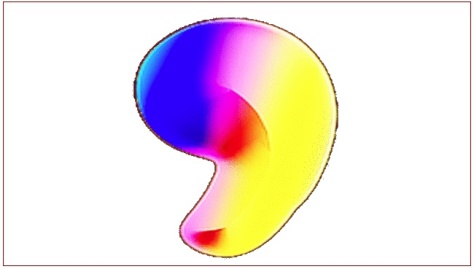 TILDE’S ONLINE TIDE REVIVAL
The Internet is often accused of having killed diacritics, and rendered proper punctuation moot. But now it’s also been hailed for reviving the tilde, an accent to which English had traditionally no use for. Applied not to the top but before a word, it’s now adds a snarky tinge to its original meaning.
As in when you’re not sure about the sincerity of, say, a bank tweet, that sneaks in among your social network ‘friends,’ and pretend it doesn’t have something to sell to you. Thus, ‘Just unfriended BoA from trending topics. The giveaway? how ~happy ~ are you with your banking? Seriously?‘
Privacy activists may yawn at such concerns, and how far one’d go to appear ‘cool’ to fake friends. For banks do know everything there’s to know about you, anyway. Still, online real estate is worth being restrictive about, lets not the world ignore, or get one word short, of your stunningly deep take on the latest meme. 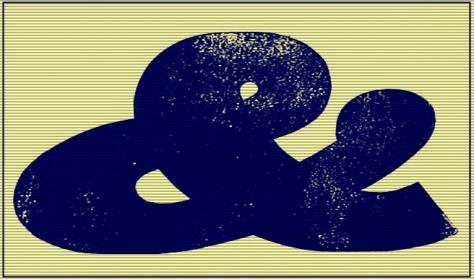 ACCENTUATING THE PUN TO PUNT
No talk about accents and accidents and dots and crosses loses meaning with either spoken or heard word. Just listen to the delivery of skilled audiobook speakers, to feel the impact of properly placed pauses. For words are just as vital, and in fact, enhanced, by the silent nuance and subtlety left between then.
Short of crossing the line to land an insult, many would be lost but about so many words written on what they’d be hard pressed to express. As Exupéry wrote, though, what makes the desert beautiful is that somewhere it hides a well. He should know it, being a brave Aéropostale pilot in wartime France.
Admittedly, we’re early to National Punctuation Day, but as American football’s endlessly forgiven fans would know, every play in the book may end up in a punt. So we’re kicking this year’s party with a few notes on how to express what words simply can’t. After all, few things feel as relaxing as the last period.