Attention Seven-Sea Travelers:
Plastic Will Be Your Global Host

that gets aggravated with climate change and the rising seas: plastic pollution. From landfills to coastlines, deserted islands to the poles, our insatiable thirst for bottles and straws are choking marine life and killing Earth’s biggest food source. Maybe because we treat it that way.
Ok, so you’ve heard all about this before, but now isn’t the best time to think about it, for you’re taking off on vacation. Fine, but here’s a spoiler alert: masses of stray plastic are likely to greet you at every destination you may land, no matter how remote or exotic.
Granted, there’s a level of undisguised jealously in bringing this up, just in time some lucky few are planning a deserving time off. The way it goes, though, it may get even worse by the time the other 95% finally have their turn by the beach under the sun. 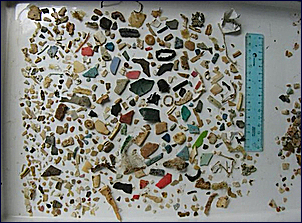 In the end, we all pay for this waste one way or another. That is, us, who trade the future for a little comfort. For much of what’s happening out there in the open sea got started at our own oh so cozy homes.
That’s not blaming, only a much needed accountability for dead turtles and sea birds, guts busted open with spilled containers and utensils, whose pictures are all over the Internet. Still, we insist on having that extra plastic bag, or iPhone case, at our local retailer.

WHAT TO DO? LOOK AROUND THE HOUSE
What follows debunks naggers’ excuses. There are things one can do, and they are a lot. A number of sites list hundreds of steps anyone can take to gradually eliminate plastic from their lives. Not all of it, for sure, but most of it.
Besides consulting them and checking how much effort you need to put in order to accomplish something towards ocean plastic pollution – and you do need to put on an effort -, you may also use your common sense and take a good look around your place.
Do you have a million plastic bags, for garbage and shopping? A bunch of tupperware containers under the sink? Do you store food and beverages in plastic bottles in your fridge? A load of broken pens and useless things laying around? There you go. Start by these; you’d be surprised (maybe), at how far it all gets.

WHAT NOT TO RELY UPON? RECYCLING
We know you’re diligent separating your recyclables; we spied on you through the camera of your plastic-clad laptop (just kidding). You even know that, apart from sorting your rejects out, you also make sure you drop each pile in different bins.
Good for you. Just don’t dump it and forget it. Have you seen those spilled garbage bags on the streets, that fell out of sanitation trucks? Don’t blame the underpaid guys and relax, no one will ask you to pick them up or after anybody else.
But do not expect 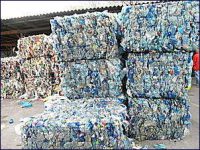 your city recycling companies to have it all covered. Yes, they’re for profit enterprises, but by far much more important than some industries you patronize. So be sure them, and your elected representatives, know you do care about and value their work.

WHAT DON’T YOU KNOW? IT’S OUT OF CONTROL
You may have heard that there are now a number of patches of garbage, like the Texas-sized Great Pacific Gyre, floating far from any land. But what about Henderson Island, which certainly may have a least one plastic item you’ve disposed sometime last year. Like it, there are also many others.
You may’ve also heard of the battle to force Coca-Cola to pitch in the collection of millions of water bottles that are dumped in the Grand Canyon every year, right? Well, if no one talks about it, it’s because Coke weaseled it out of its responsibilities. So, the bottles are still there.
Now, the same is happening in the high seas, and plastic (more)
_______
Read Also:
* Last Drops
* Faux Jellyfish
* Beneath the Waves

manufacturers have even more resources to pretend they have no part on it. So it’s up to you and I and a shrimp named Pie to pick up the slack. Or not to buy another water bottle for the rest of our lives. Unless, you’ve got a better idea. 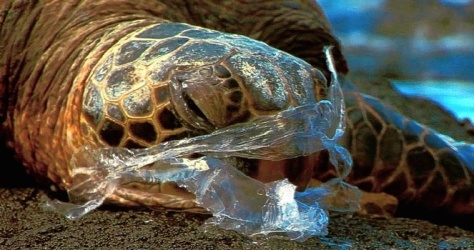 WHAT COMES NEXT? A FORK ON THE ROAD
If it’s a trident, that means that, one, nobody will do anything, and we’ll keep producing more plastic, till we choke on it. Secondly, some may start doing something, and the rest will catch on, and we’ll all be better off.  Or hope to goodness that technology will invent a way to do away with the eternal trash.
Now, if you think about odds, you do have a saying in two parts of this equation. And that’s not bad, considering what’s at stake. What you’re doing about it is, indeed, up to you, but it’s measure of your stand in life how much of it depends and revolves around plastic.
If you come to a fork in the road, take it. It had to be the great Yogi Berra to come up with yet an alternate reading of the old saying. On this context, he’s right once again: we must take that fork and turn it into our own way to serve the planet. Or, if you’d prefer, fine, grab it and stab the eye of one of those irresponsible industries.

7 thoughts on “The Big Choke”