Forget Exoplanets. Here’s
the Ninth, the X & the Quirky

When things get rough on the ground, we can always look up. Seven and half billion currently trudging along on this big rock can take solace that the universe is vast and beautiful and always available. It’s also uncaring and violent, but we won’t get into that today.
Part of this soothing feeling is because we don’t know what’s up there. Astronomers wonder if there’s an undiscovered giant orbiting the sun. And another Earth-sized one. And a quirky object too. Or none of the above. We learn a lot by simply not knowing much.
But it’s fun to wonder. Or is it? The cosmos is so disproportionally big that no single mind can wrap itself around it. Large but short of infinity, it baffles and ignores us, while we dream on. Or have nightmares about it. It doesn’t care, but to us, it’s the stuff of, well, you know.
Heard about Nemesis, the sun’s evil twin? Or the identical Earth hidden behind the sun? Both are reasonable guesses, but their currency can only be exchanged at an imaginary box office at the end of the galaxy. One of them is actually a sci-fi movie plot. We may find out some day, but math will probably get there first.
The breakthrough era of exoplanet discoveries and look-alike solar systems has nothing on such suspicions. They date back to the 1800s, when hot-as-the-sun disputes drove many an even-tempered scientist to near madness. Math always gets there first. But even after a century, we’re still way too far behind.

THE SECRET TRANS-NEPTUNIAN COLOSSUS
Planet 9 has been orbiting the slumber of astrophysicists since they first studied the solar system. Something massive has been disturbing Earth’s siblings practically from the universe’s inception and wild youth, back in 2016 minus 4.6 billion years ago. Maybe we’ll find out what.
Mankind owes Percival Lowell the hunt for this ninth planet. His calculations missed the giant but led to the discovery of Pluto, 15 years after his death, a century ago last year. But Pluto can’t explain the orbital disturbances, and that likely doomed it too.
In 2006, the International Astronomical Union downgraded it to dwarf planet, giving grief to many. That left the spot #9 empty, and astronomers have a hunch that its next occupant resides in the area beyond Neptune, a kind of suburbs of the solar system, if you’d insist.
But we may be still years away from direct detection. After all, those outskirts lay at least 300 times farther from the sun than the Blue Planet, and whatever lurks there it’s simply too hard to spot from our backyard. But we might. Just hold off the welcome B-B-Q for now. 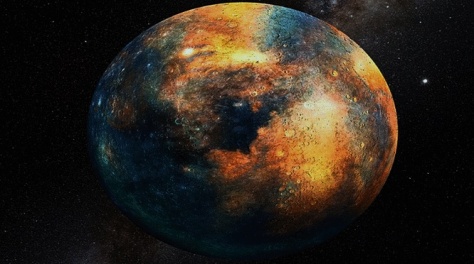 A POSSIBLE BRAND NEW TWIN OF EARTH
Taking about burbs, the Kuiper Belt, an area fraught with debris possibly left over from a planetary explosion, and from where most comets come out shooting, may be the neighborhood of yet another unknown object. But this time, it’s of a cozy, Earth-sized scale.
Astronomers suspect that it’s the source of disturbance of the Belt’s 600 objects they’ve been monitoring. Considerably closer to us, and much smaller than Planet 9, it’s been nicknamed Planet 10, but not everyone wants to be quoted on that or even is on board about it.
The scientific community has a healthy skeptical attitude about new claims, specially something they may missed for so long. Humans love a thrill, however, and the spectacular discovery of a new planet (more)
_______
Read Also:
* Gatekeeper of Outerspace
* Heed My Leaps
* Worlds Away

would be it. Researchers are known to get all wet for that kind of thing.
It’s also only natural that technological advances will usher a new era of astonishing findings and breakthroughs in astronomy. And, as it’s happened so often before, new technologies developed through space exploration, often improve life on Terra.

RECKLESS BEHAVIOR OF AN UNSEEN BODY
What did you call something that orbits at an angle tilted 110 degrees related to the solar system’s flat plane, and against the flow of all other planets? Rebellious, of course, or Niku, if you’re Chinese. Its wild pattern may be a way of compensating for its ‘tiny’ 120-miles diameter.
Pluto, which is ten times bigger and could fit inside Australia, lost all respect due to its size. But this unseen oddity may have attracted attention for another reason: it is big enough to turn an improbable visit to Earth into our very last day and that of our civilization.
Two other facts, still to be peer-reviewed, have been raised about Niku, and they’re both unsettling. Its erratic orbit may be boosted by another larger object. And no, it’s not Planet 9. Also, there seem to be others like it, doing crazy things behind our backs. Or above our heads.
So, you ask, isn’t knowing a bit overrated? What’s the point in finding yet more potential planet killers, if we’re already doing such a good job with the one we live on? News flash: in the time we wasted wondering whether this or anything is worth our grasp, another shooting star just zipped by. Make a wish.

IN SPACE, ONLY THE FUTURE IS SILENT
It’s curious that when we feel conflicted, we tend to look up to what we could never explain. And that calms anyone. After all, whose life can be so complicated that surpasses the mystery of us, laying on a swirling rock, floating straight towards the oblivion? Settling is not for the living.
We lend all sorts of meanings to what we don’t understand, and yet, a few of us do envision the clarity that spins the world, even as it eludes everybody else. Even as this spinning world does not make any sense, how come some master it all into something even bigger?
So the universe is complicated. And life meaningless once it’s over. And what we think of the world is a mere description. So what? We come in one day and the next, we’re out, and there’s no taking anything along. Yet, that’s more than enough for some to leave their mark.
None of living and breathing today will ever set foot on Planet 9, X, or Niku. But we know now that they may be out there, doing the incomprehensible. Down here, we may get to decipher a few extra enigmas just by longing what the universe may be all about. Thus, Earth is better off being aware of its existence.
Having an undreamed world above us gives us confidence to dream. And comfort amid a hostile place. Yes, one may look up while being run over by a train. Will be the first one to see the piano coming down, though. So go ahead, lift up your eyes. It’ll always be better than to bury down your head in the sand.