Numbers and the Internet. Man-made to gauge and track the world, they’re now endless and will go on long after we’re gone. As matter can always be reduced to its numeric essence, so all manner of human expression may one day reside on the digital realm.
Take 23, for instance, the number assigned by fate to my first breath. Like with other numerals, there are hundreds of Websites about it, on math and numerology to cults and strange coincidences, with everything in between, besides, of course, celebrity birthdays.
Age-wise, few are like 23, and most of anyone would consider it among life’s best years. Perhaps. We tend to appreciated this sort of thing when we’re either heading towards it, or receding from it. But it is a time when choices are wide open and self-fulfillment is still a priority.
A mind-boggling assortment of arcana is related to 23 as a prime number, but even as its complexities keep planets spinning, and the Space Station aloft, few are wise to them. We all have 23 pairs of chromosomes, though, even if they no longer dictate one’s gender.
A curious statistical theory, the Birthday Paradox, says that within a group of 23 people, chances are, two share the same day of birth. That’s the least amount of people to whom such a likelihood is higher than 50 percent. But please, don’t go asking strangers for their day.

THE CHAOS & MYSTERY OF NOT MUCH
Yes, there are at least two weird groups that attribute 23 a special meaning. Discordianism associates it with chaos, with some mumbo-jumbo about inverting the pyramids (you read it right), and the goddess Eris. By the way, the Great Pyramid of Giza was built with 2.300 stones, so there you have it.
As for 23rdians, they see the number as an enigma permeating all spheres of existence, claiming author Robert Anton Wilson as a spiritual mentor of sorts. Wilson, in turn, may have caught the 23 fever from William Burroughs, who once told him about his own obsession with it.
Add to these, well, peculiar people, Nobel Prize winner John Forbes Nash. Despite his work on economics, he was almost better known for having a strange, and tragic, thing about the number (and Pope John XXIII, but if you have to ask, don’t). And of course, (more)
_______
Read Also:
* On This Day
* You Say It’s Your Birthday

A Beautiful Mind, his biopic with Russell Crowe.
There’s a little known German movie about a character with the same fixation, and, you knew it was coming, the silly Jim Carey vehicle. So much fascination with two digits, and so little effort to tell a good story. As for us, as mentioned, we have no other choice but to run with 23 til the end (at least of this post). 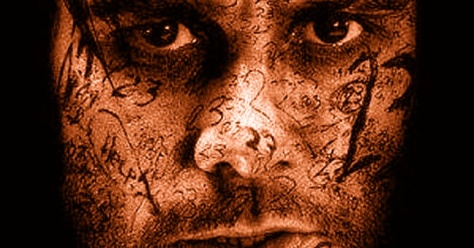 ARTISTS, PLAYERS & A BLOND SPY
Speaking of birthdays, this day in February bears a collection of odd bedfellows across the ages. Luminaries, indispensables, and yet some whose very existence is a challenge to, or demolition of, the notion that people born in the same day have at least something in common.
Alas, no site lists serial killers and mass murderers; their data is ‘classified.’ To us, among the very creme, there’s G.F. Handel, 1685, W.E.B Du Bois, 1868, Victor Fleming, 1889, Peter Fonda, 1940, and Johnny Winter, 1944. Ah, and on a class of her own, Anna Chapman, 1982, among others.
Actors, comedians, sport players, the list is, what’s that, Anna who? Glad you asked: she was part of a U.S.-based Russian spy ring, busted in 2010, who went on to become a talk show hostess in her country. The episode may have inspired The Americans, a fascinating TV series.
Now, the fact she’s a Trump supporter, well, let’s let this sleeping dog lie. And so should we do the same with this million-links and almost purpose-free post, which exists only to celebrate a prosaic date, but happens to have some latitude with a class of people we sympathize.