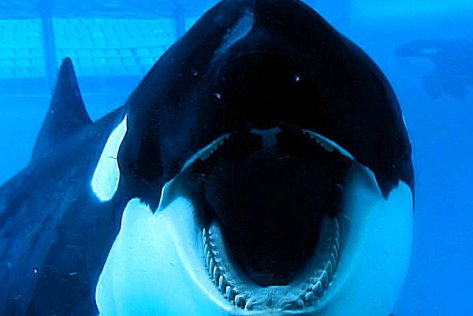 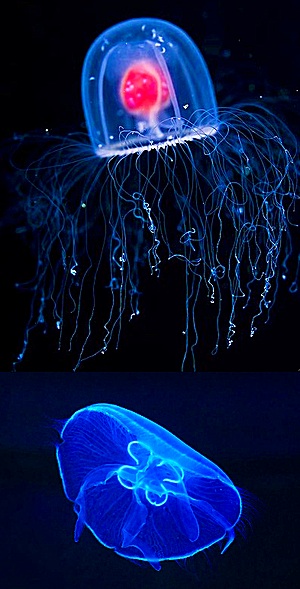 They stand far apart in the immense liquid yonder enveloping the planet. One massive and rare, the other transparent and quasi immaterial. Whales and jellyfish have been around for millions of years, but as one’s likely to outlive us, we miss the other already.
They’re both beautiful, no mistake about it. But while the Medusa and the Man of War are growing strong around the oceans, the majestic blue and the singing humpback, harmless as they are, are swimming to oblivion, and may not get to meet your great-grandchildren.

It doesn’t help that we know so little of either one, and that the very world they inhabit, from which we all draw our sustenance, is on the verge of collapse, victimized by pollution, climate change and overfishing. While we multiply, marine life dwindles, and it’s the fragile among us that’s going first.
For when it comes to survival, size may be a liability. Ours is in the numbers; the whales’ is in the scope of their physicality. Aliens on earth and sea stand a better chance: viruses, bacteria, bugs and jellyfish have proven way more adaptable to beat even a formidable foe as all species have found in us.
The ocean is in fact so broken that a new study found out that an annual ‘dead zone’ in the Gulf of Mexico, which last year was the size of New Jersey, will continue for several decades.
These areas, which occur when there isn’t enough oxygen in the water to support marine life, are spreading out throughout the oceans and their cause is attributed to nutrient runoff, from agricultural fields which are heavily fertilized during spring.
As these areas grow, marine life recedes, and the natural diversity of the seas becomes severely depleted, even if eventually reasonable levels of oxygen return. Like a change of guard from hell, living creatures, turtles, dolphins, sharks, whales, and their accompanying flurries of feeding birds, are being quickly replaced by plastic, garbage, synthetic rope, and polystyrene foam: the new fruits of the sea.

BLOOD IN A SMALL POND
Blackfish is a documentary about the late Tilikum, an orca whale who spent her 25-plus years in captivity at SeaWorld, which ‘accused’ her of having killed or being involved in the deaths of three of its trainers. The documentary, which in the U.S. became a public television hit, was an indictment on the brutal conditions such wondrous animals are kept in this class of for-profit enterprises.
Forced to a gruesome routine of non-stop training and performing, the 12,000 pound bull, who lived most of her life in a tank the size of bus, had the typical signs of physical and mental deterioration that plague captive animals. The documentary fought SeaWorld to free Tilikum, but she died last year without ever returning to the open sea.
A powerful reason that should’ve ended enslaving whales as toys is the fact that they do share common traits with much smaller-brained humans. They live in highly complex societies, and now researchers found that they also can reach menopause, just like grandma, as one of the few species that live longer than their reproductive years.
A team at the universities of Exeter and of York is undertaking a long-term study to find out exactly how orcas organize themselves (more)
________
Read Also:
* Close Encounters
* Eerie Impersonation
* The Saddest Song

as large families, how they tend to their offspring, and how different groups relate and interact with this yet another fascinating side of their social fabric.

FOULER THAN A WHALE’S BREATH
But another example that whales may be living through their last generations happened in Venice, California, where a rare saber-toothed whale washed ashore five years ago. Known for their preference for frigid subarctic waters, the sight of the elusive mammals may be a harbinger of worst things to come.
Now that the cause of cetaceans’ mass breachings has been at least partially identified – the Navy now disabled powerful sonar system at the bottom of the seas – and neutralized, factors such as climate change may be producing their first casualties among the large creatures.
Someone, of course, had to sniff their Protean breath, which some species can hold up to 90 minutes. Researchers are finding a wealth of information about health and biology right out of their blowholes. Just like what happens to other creatures, the ‘freshness’ factor of their breath may indicate pathogenic conditions.
And just like the most adorable kitten has a murderous breath, just multiply their size by a huge factor, and add a diet of seafood, and you may have a pale idea of how whale breath smells like. Hint: it’s bad. Hint 2: it can’t be the fish, since whales, the world’s biggest animal that has ever lived, feed on one its smallest, krill.

TRANSLUCENT SEA GHOSTS
A page taken straight out of a sci-fi tale graced the world’s news headlines a couple of weeks ago: a swarm of thousands of jellyfish launched an attack on the bowels of a Swedish nuclear facility. Fearing they’d disable the multi-billion dollar complex, managers there did the sensible thing: why, they sent an army of killer robots.
A similar battle took place in some fisheries along the Caspian Sea, and as they did wrecked havoc, many are considering a similar solution too: send ’em robots and see what happens. Not everyone is gung-ho about the idea, though, and some are concerned the machines will do more harm than good.
The media talked about Terminator robots; we think they look more like the Screamers from the P.K.Dick-based movie about self-reproducing speeding blades that jump out of the depths of earth to slice and dice everyone on their path. Their voracity is comparable, albeit the real thing is the aquatic kind.
In any case, it’s not pretty by any stretch. If they’re capable of doing such damage to a bloom, or a brood, a flutter, or a smack, smuck, smuth or stuck of jellyfish, what would they do to a bunch of anything else? Say, us, dear reader? If it’s of any consolation, though, jellyfish raised in space have terrible vertigo once on Earth. Go figure, or rather, follow the link. 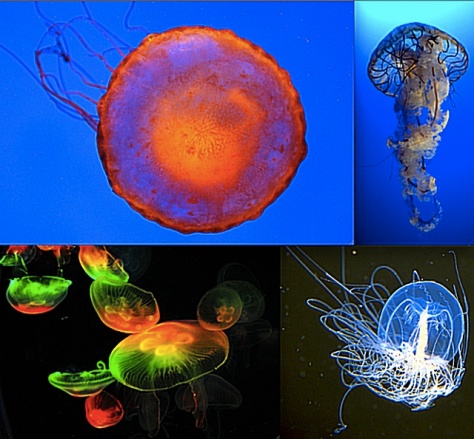 BETWEEN THE BRACKETS
Thing is, no matter how ferocious and sophisticate these South Korea-made gizmos may be, they’re not enough, and are rather tardy to the task at hand: to many, the explosion of jellyfish population is already out of control, and we have only us to blame. Why, someone is already even growing them artificially from rat cells – just another nightmare to be dutifully ignored.
For as much as the prospect of an worldwide infestation of lethally-poisonous diaphanous creatures is scary, an even worse scenario would be to picture an ocean full of debris but empty of life. Specially if whales leave us for good, before we even have a chance to understand them better. That may be already a reality.
Vast regions of the sea have been reported devoid of any life, the dreadful dead zones that seem to be spreading faster than our will to curb CO2 emissions. We simply hate hitting this moot, utterly depressing point where the urge to preach about our wrong ways threatens to run over the cliff a perfectly sane post.
Instead, since we’ve mentioned Blackfish, and the breath and menopause of whales, and our inability to ‘listen’ the alarm that comes beyond the sea, why not wrap it all up with ear wax? That’s right, whales have that too, and in the case of the Blue, it can be a thick 10-inch long plug.
Now researchers are finding that it can also be a record of the animal’s exposure to pollutants, right down to its tree-like rings. Among other things, their earwax contains cortisol, a stress-related hormone, which is no wonder: some whales have been around since the late 1800s, when every day was an open whale hunt day.
With their dwindling populations, today is hardly a good day to be a whale. In fact, one’d fare better being a jellyfish. That is, as long as their beauty keeps growing in numbers and they stay clear of killer robots. When they too go, we doubt there will be any screamers around. Only us, small-brained and stupid.