Cat Murderer on the Loose
& the Beach of Lost Lone Feet

There are many modalities for the act of killing. Psychopaths do it with method. Still, we’re not often jolted by a new, or at least, rare kind of murder, involving the dismemberment of cats and feet. Welcome to the grimmest post we’ve been forced to write in a long while.
For 11 years, disembodied feet have been turning out on a Canadian beach. The 14th of them showed up last week. Meanwhile, since 2014, some 450 cats have been found dead and dismembered in the U.K. The cliche ‘police has no clues’ applies to both. And so does sheer fear.
It’s another cliche to say that people are fascinated with serial killers, but that may not be completely true. No more than being fixated on spinning wheels, or joining cults: everybody knows that the outcome is senseless and always the same, but that never stopped anyone from doing something stupid.
What we know is that no one should be afraid of living because the world is fraught with danger. That being said, cruelty, ghastly acts of pure evil even the most pious among us has thought of committing once or twice, is in fact part of human nature. And there’s been always many who do commit them.
Also intrinsic of being a person is the deep-seated desire to exact revenge on those who brutalize the vulnerable. Tread with caution, though. While tyrants and bullies thrive on just such a currency, the incautious is usually betrayed by it, and winds up just as abhorrent as the subject of his or her quest. 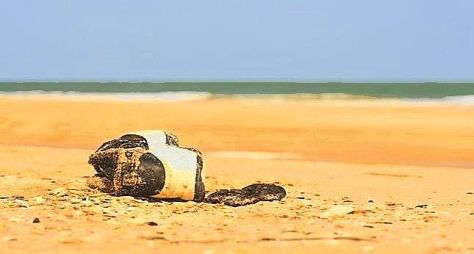 THE BEST FOOT FORWARD WAS LEFT BEHIND
A girl found the first one in 2007, at the shore of Jedediah Island, in British Columbia: a man’s size 12 right foot Adidas sneaker. Luckily to her family and friends, they were spared the gore picture she’d have probably sent them, for the iPhone had been launched only a few months before.
Linked to a depressed man who’d disappeared, the macabre found did not suggest that it was the handiwork of a psycho. But after a few of them, all wearing either running shoes or hiking boots, the evidence is overwhelming. Either that or there’s a copycat or two on the prowl.
For those who knew the unfortunate Salish Sea victims, all that’s left is the depth of an unsolved mystery, and everybody else’s morbid curiosity. As for whoever is still thinking about revenge, well, no human has had seven pair of feet to be guillotined, so that should settle it.

HUNDREDS OF MISSING HEADS & TAILS
What’s known as the Croydon Cat Killer – why there’s always a catchy name for every gruesome deed? – seems now to operate all over England. Although the specifics of his or her signature style of killing makes it hard to have another monster imitating it, the possibility can’t be discarded yet.
It’s also hard to imagine someone with such a reserve of raw hate, to systematically lure an animal to slaughter it without mercy. Unless, of course, one thinks about the meat industry and what it does (more)
__________
Read Also:
* Out to Get You
* Scary Clowns
* Salish Sea Feet

to what we call food. Still, not even cat haters are expected to act so incredibly sadistically.
Yet, it’s happening, and even more so that when the focus of a particularly bloodthirsty person is another human, it may take cat-like skills to track, trap and, yes, make the murderous fiend to pay for his actions. For now, pet lovers are being asked something not at all difficult: keep your cats indoors.

WHEN LIFE IS HUNTED DOWN BY PSYCHO
One way or another, murder and dismemberment are part of nature and our history on this planet. But we’re the only species that plans and executes either one or both, and extracts satisfaction from it. That’s what makes someone to repeat the ritual till death, or else.
In our safe way of referring to murderers as ‘they,’ we too easily forget that they may be just like us, only given an extra bone of opportunity. And while society couldn’t possible tolerate a psycho dismembering people in the open, it’s often OK when they do it through others.
Who’s to say that someone who’d never step on a war field, or have a loved one doing it so, but don’t hesitate to send thousands to die there, under false pretenses, is not a kind of psychopath? Many of them even manage to run for higher office and get our vote. Now, what that makes us all?
Enablers, for sure. Partners in the very crime spree we fear so much. May the foot disposer miss a step, and the feline executioner find a match in the jaws of a big cat, if at all possible. Hold your hurrahs for now, though. Just keep your pets in, and don’t go striding on desolated beaches at night.