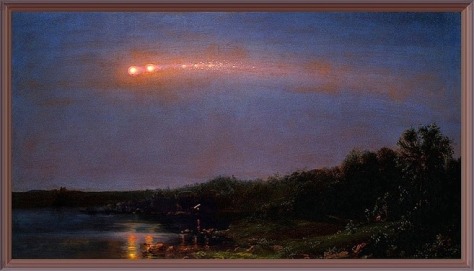 Immigrants to the Solar System
& a Stone That Predates Humans

No one knows how many of them are out there. They travel light, fast, and come from lifetimes of distance. Surveillance may catch a few, but this is too vast a place to easily spot them. Some fear them like the end of times. Others call them refugees, or vagrants, or immigrants.
They’re asteroids, meteorites, shooting stars. They may come to visit: one zipped by Earth’s orbit last year, on its way out of the Milk Way. But long ago, Jupiter captured another; it’s now a permanent resident. Like those that come crashing to die among us, they’ll keep on coming.
The fear, of course, is that they do have the potential to end our civilization. Just like that, and there’s damn little, or pretty much nothing, we can do about it. Geological data, i.e., extracted from rocks, plus statistical probability, prove that such a literally earthshaking possibility does exist.
Twice in the past an incoming high-speed ball wiped nearly all life on the planet, changing evolutionary history in the process. So we try to keep track of them, but even if we could see them all at a safe distance, we’ll probably would’t have time for anything but to go mad, and then die.
Not Oumuamua, though, the object that crossed incognito our zenith last September. When it reached the sun, we knew that it couldn’t possibly be from within our system, like all the others, race-ending or not. When it left it, it’d become the very first interstellar little world to came and say hi. Or rather, a Hello, Goodbye. I must be going. 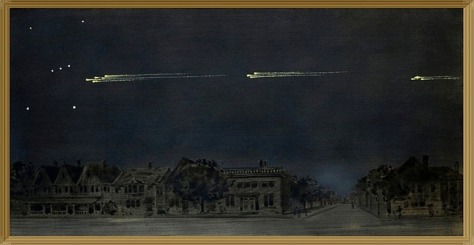 THE THIRD ROCK FROM THE SUN
Of course, Shakespeare was right. So was Carmichael, and so was Sagan. After being given such a noble provenance, linking us straight to the most distant heavenly body we will never get to see, who wants to have anything to do with an errant piece of rock? But it’s been said, they’re inevitable.

In fact, without denying we’re shinning stars and all that, life may have been brought down to this Pale Blue Dot, which once thought of itself as the center of the universe, by a lowly slice of outwordly dust, teeming with what would blow air through our nostrils. Hey, cheer up. We’re all rock stars.
Or whatever. The hominids who act as if they own the place they know nothing about, and are just about to put it on fire, couldn’t bear thinking that they don’t count. But in reality, they don’t. (more)
__________
Read Also:
* The Undreamed World
* World Snatchers
* It’s Fly By Us

Really. Why do you think I’ve switched to the third-person to speak about us? Pardon me, but we’re miserable.
THE GAS GIANT & THE ALIEN MOSQUITO
Jupiter has 53 moons and an entire planetary family to keep together (even if it’s confirmed that his undiscovered twin, Planet 9, helps out at the edge of the system). It has a tiny bug too, 2015 BZ509, or BZ for short, that zips around, crosses its orbit, you know, bugs it.
It’s been doing that for 4.5 billion years. But only now astrophysicists realized that, unlike all deranged fragments of varying sizes and composition, including Earth killers, it didn’t come from the Kuiper Belt. For it goes around the sun in the opposite direction of all planets.
It could be Jupiter’s size; big things attract small shelter-seeking ones. Part of bullies’ appeal is that some are willing to take a chance under their wings. Maybe. BZ may not be the only adopted alien with some planet’s last name around. One day, we’ll know everything about them. 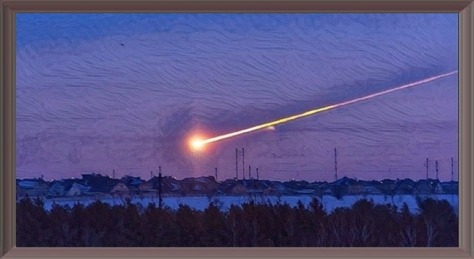 EMISSARIES FROM THE PREHUMAN PAST
If poets and scientists are right about our origins, the ancient were definitely afraid of the wrong thing about meteors and comets. As they come from a time we hate to admit existed, pre-human, when they just zip by it means we live for another day. Besides, without them, there’d be no us to speak of.
We’re specially sensitive to the time we were not around on this planet. Signs we are in fact more dust than stars are down here and all around us, though. We’re all stepping on it right now. For instance, across from NYC La Guardia Airport sits a big rock that formed some 335 to 260 million years ago.
Small change, for sure. At 1000-Ton, the Giant Rock, its official name, is not even that giant. But it was there when we were not, and it’ll probably outlast us too. Such is life: a steady string of small humiliations, where we’re outsized, outdone, and outlasted. Feel free to jump in to stick up for us.
No wonder we’re such big-assed egos. Yet those who make us proud insist that no, deep down, we’re ‘such stuff as dreams are made on.’ Wouldn’t change a thing. We’re but siblings of the sun and the moon and all things between heavens and rock. That should suffice. Missed Oumuamua? Can’t see BZ? Go visit the Giant Rock, then.