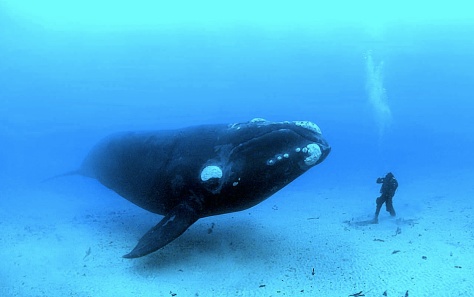 A Brush With Three
Magnificent Whales

A visual dialogue between a Big Blue and a man longing to understand it. A dead Pygmy ashore, and a two-million year old puzzle. And an eye-to-eye with a giant Right whale. As the alarms sound all across the land, deep underwater these mysterious creatures remain elusive.
While only a minority among us has managed to touch them, soon enough not even that will be possible. The Requiem is about the biggest animal on Earth on a fast track to disappearance. The dead one was not supposed to be around. And a Right one comes up close and personal.
As awareness grows about the impossibility of keeping in captivity wild animals em general, and marine mammals in particular, we face a quandary: how to reintroduce them back into their natural habitat, when it’s already depleted and has been steadily shrinking?
As we learn more about these stupendous creatures, we realize how inadequate zoos and seawater resorts are to provide for the wild life under their care. Dwindling funds and business constraints have often turned these facilities into the main factor conspiring against the animals’ own survival.
The case of cetaceans, specially, is particularly tragic. Despite their huge brains, and their presence on Earth for millions of years, we remain ignorant about basic facts concerning their evolutionary traits, social organization, and, let’s face it, how many of them are out there?
It’s been known for a while that some species are already in rapid decline, possibly due to our increasing occupation of their habitats. That’s what makes the occasional discovery of a new species, or a specimen of a kind thought to be extinct long time ago, so baffling.

A FLYING BLUE WHALE
The Dutch actor Rutger Hauer and film director Sil van der Woerd have created a stunning tale, Requiem 2019, that imagine the colossal mammoth floating about, its skin playing back bloody scenes of whalers on the hunt, while it closely observes a semi-paralyzed, and embarrassingly little, man on the ground. 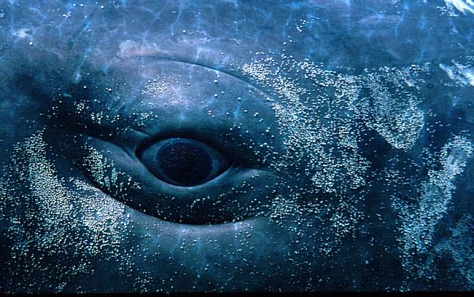 The species, said to be reduced now to less than 10,000 individuals, from a couple of hundred thousand in the 1900s, has dwarfed every creature that has ever lived on this planet, including dinosaurs and other little-known species, felled by adverse evolutionary conditions.
They beat them all, but unfortunately met mankind. In the relative (more)

fraction of their time, we came to dominate so completely all other species, that now we became their most lethal threat. We don’t know their numbers, language, or origins, but we do know one thing: how to drive them to extinction. 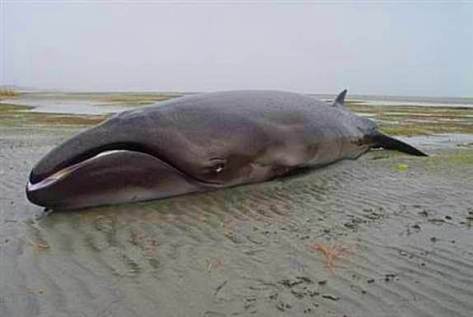 AN EMISSARY FROM THE PAST
For the record, the individual that’s washed ashore in 2012 is a member of a well known species still alive and well. It rarely comes close to land, though, since it lives in open water. But what is rare about it is that its ancestry, so to speak, arches back two million years.
‘A living fossil,’ as paleontologist Felix Marx puts it. It’s a rarity too because it doesn’t resemble other whale species, and grows to just 21 feet long, therefore its Pigmy name. It’s believed that its lineage has split up from modern baleen whales such as the Blue (average 80 feet long) and the Humpback, some 17 million to 25 million years ago.
As with most beaching whales, there’s not yet sure cause of death. It may not have been a beaching per se. As usual, we have few clues, scarce theories, and a lot of questions. Some may be answered this time around, but this incident is bound to elicit a whole set of new queries.

MEETING AT THE BOTTOM OF THE SEA
Even for experienced divers, an encounter with a whale must be one for a lifetime. And one of the things that makes such an up close contact so hard to fathom is, of course, the scale of these animals. Even a Right whale, at a mere 40-foot average, is a completely overwhelming sizewise in relation to a human.
So we reach to objects that may serve as a comparison, to grasp the dimension of what’s right in front of us. Brian Skerry thought of a little bus. Except that that ‘little’ bus is a living being, who is looking right back at his assistant, while he struggles to regain his composure.
They were all at the bottom of waters around Auckland Islands, New Zealand, and it occurred to him that the whale was intrigued by their presence at that particular depth. Perhaps. As we said, despite their big brains, we have no idea what they’re thinking. We just know that they are.
In any event, we’re really glad that he did take the astounding pictures. It’s all we’ll have and it’s more than enough, even though we can assume that the personal contact, that moment of eye-to-eye, in a completely foreign environment to a human, must have been something way more meaningful.