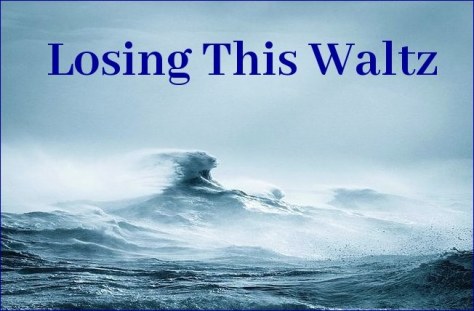 It’s a sudden moment, that when chronology acquires relevance. When it’s evident that there are less days ahead than those already lived. So we said goodbye and I wondered if it was the last time, or just like the summer, there’d be more like it. There will, but will we still be around?
As I dove into the station, to catch the downtown-bound to my life, I wondered if there’d be another train to lead us back to this moment, when we were together and things felt alright. Or like lives already spent, the time we had is the only time we’ll have for keepsake?
If that’s so, did we really took it all in, and got to the bottom of each feeling, and sucked every last juicy drop of our shared experience as much as we possibly could? Or rather, should we feel now fulfilled that we did what anyone probably would?
It’s very likely that I’ll find myself back at that corner of 8th Ave, thinking about that night we promised we’d always be there for each other, no matter what, even if no one should promise that, even if we didn’t actually utter any vow that we’d at least try it.
And it’s also possible that such a sharp as nails moment will no longer have its place. We may embrace again, sooner than even we’d hoped, faster than the feeling of loss had the chance to sink in. Given the time that has already passed, it’s unlikely, though. And yet, one wonders.

I know that this little movie will be playing in a loop for as long as my eyes will be able to open, and even if they won’t. And every time some detail of the moment will be missed, another will be incorporated to flesh out the bone dry part where memory keeps losing its grip.
Just like that perfect line we come up with while falling asleep, a sentence so bright and round and expressive to challenge our will to rest, for after all, it’s almost dawn and we haven’t really bat eyelids for more than a wink and there’s a full work day ahead and all that.
Or when, on the other bank of the night river, we’re waking up and shreds of an engaging dream still linger but inexorably fade, as we fight hard to keep it, as if slumber could be caught like a fish in the ocean. We fight but always lose and forget most of it. And what we commit to paper is a far cry from the relevance the dream seemed to carry. 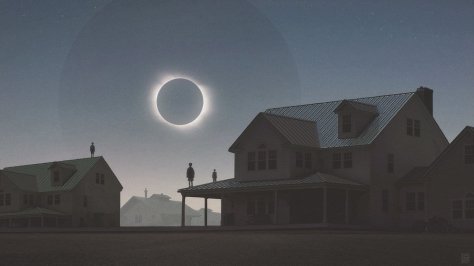 We run with this mound of fine sand in our hands, trying to protect it so to form whatever vision we’d had at the shore. But it keeps sipping through our fingers, and dissipates like images dawn evokes, till there’s no speck left to build our castle. There’s no turning back for more; the moment, as its memory, no longer makes sense to the awaken mind.
Did we lived through it all as fully and deep as we should’ve? Or we’re bound to grieve over what it’s been wasted and starved from lack of our attention and care? Will we be forever thrown on this loop of flawed recollections, missing yet another link, hour after hour, moment upon moment, at every turn played over and again on our brains?
Will we see each other one more time? Should we wonder – as I do – whether we’re even entitled, by love forsaken right, to demand a recount, and have another shot, and see one last day rise by each other’s side? I sure hope we would, despite all other things that I also hope for, already knowing that I’m just fooling myself once more.
What was, has already been, I know, there are no reruns, for sure. We can’t go back in time beyond memory and remembrance. We may trust we did the best we could, knowing that we actually didn’t. Still, we’ve got to live with it, or forget all about it, but who really does that?
There, I did get up and screwed up my sleep, and will probably pay dearly for it, and for what? It’s not nearly as inspiring as it sounded back when I was ready to fall asleep. It didn’t dissolve my doubts or soothed my sense of loss. It didn’t even make me feel as if it was all worthwhile. Sleep would’ve definitely been more meaningful.
Still, will there be another time?

People who never turn anything off, including themselves, may not get it, but there’s such thing as doing nothing. In fact, if ‘power naps’ reset the brain and reboot entire systems within our body, then dropping it all and just staring at a wall should do wonders for anyone. Not us, though; we haven’t got the time. Maybe tomorrow.
It’d help if we could freeze the city over for one night, and walk the empty streets as if the sole survivors of a cataclysmic event. Precious moments of eerie stillness, with not a soul on sight and the hum of urban machines quieted down. Then again, we’d better watch out, lest not end up as another slaughtered stats in the evening news.
Even those who write best-sellers about the need to periodically drop out, when cameras and mikes are covered up, may not always be so pious on turning off their own phones. It’s the culture, we say, over the sounded-off broadcasts another boorish presidential statement. He’s like a sledge-hammer drill: pure atrocious noise.
Yet, there’s poetry in catching the automated world existing by itself, while its switch can still be turned off. When lights turn to green and there’s no car in a hurry to go anywhere. Being sleepy and bored used to be synonyms to lazy and spoiled, but new research sees them as crucial precondition to genius. Doing anything tonight?
Dreams often source new ideas, and may pop up right after we open up our eyes, from a minutes-long slumber. And the extreme restless from having nothing else to do has proven to be grounds to launching many a revolutionary take on the very concept of creating something out of thin air. Then again, we may always roll over and, well, doze off.

So what’s wrong with that? Ok, a lot, but also nothing too. These two extremes have argued from time immemorial and the likely reason why advocates for a 24/7 moto perpetuo seem to be winning is because most haven’t slept well in centuries. Again, the very idea of having a 24/7 society was probably dreamed by someone who’d just woken up.
I once went back to city I’d lived for years, without telling anyone. I’ve checked in at a lousy motel (another old wish) and wandered around as if it were my first time. It was exhilarating. I walked and walked as if wearing a mask, but looking over my shoulder

lest not be recognized. But that was easy, as I’m not famous, there or anywhere else.
It’s haunting to scrutinize faces on the slight, wondering if I’ve ever laid eyes on them. Many ‘almosts’ and all seemed familiar, as if my brain was anxious to find a visual connection, but no one I was sure I knew. It’s uncanny to scan mental files for a match and come up empty. Were those lips once close, or just a picture in a magazine?
It took a while but it finally happened: someone did spot me and, as it goes, was somebody I had not seen in years. Naturally I couldn’t recall ever having spoken with this person. We’ve exchanged pleasantries and parted ways; no earthshaking revelations. As we walked away from each other, I knew I’d soon relegate this new link as being irrelevant.
At one time, I had this vivid impression that I was being observed, but in the end, convinced myself I was just being self-conscious. Months later, though, deep in an email exchange with a dear friend, she ever so casually wrote, ‘so how come you didn’t call me?’ I rest my case.