New Reasons to Have
Nightmares in October

Times have been so scary that not even Halloween spooks kids anymore. Which is fine and won’t spoil the fun out of it. Fake blood? Phony zombies? Made-up vampires? Bring them all on, for who isn’t in badly need of a break these days?
And yet, unlike the ‘horrors’ summoned on Oct. 31, nightmares do exist to torment us. Having one at sleep is haunting, but it’s worst when it keeps vigil and frightens the daylights out of us when we’re wide awaken. Nicely, we prepared a short list of them.

Let’s let the former lie quietly for now, as no one can foresee what a tired mind may conjure when the body finally finds comfort under blankets. Some dreams rattle on, while others slip by unnoticed. But there’s no telling what they’re really about.
The other kind is all around, though.

Disturbing visions that palpable reality urges us to bear from dawn to dusk have the added weight of shared experience. How some react to them has often been the stuff wars are fought for, and children are beheaded.
Here are five of the most petrifying, or almost. Not for the feeble of spirit, if there’s even anyone left with such a luxurious prerogative, the bullets of this season’s list are saturated with the fear that a rabid future biting its own tail lies ahead.
It’s not that All Hallows Eve ceased to be a playful way for kids to get acquainted with their ‘dark side.’ Or that there’s no longer sense in make-believe terror. It’s just that the whole world now has gone well beyond what Halloween used to suggest.

A DARK MATTER GHOST CALLED WIMP
Oct. 31 has also been turned into a celebration of the unseen. So-called Dark Matter, that is. 85% of the total mass of the universe remains invisible and undetected, so what you think you know wouldn’t explain the size of the cosmos. Or yours.
It’s out there, though, and one day, yup, it may get you good. For if for an unforeseen event, you’d come into contact with a field full of Wimps, nuclear forces holding your nuclei and protons together would simply vanish, leaving you looking like, well, nothing.
Without something to hold your cells, organs, and body together, needless to say, you’d lose your you-know-what for the very last time. So keep pretending that what you can’t see can’t hurt you at your own risk; the universe doesn’t give a flying… shooting star.

A SPIDER WEB-COVERED LAKEFRONT
That’s a classic, the creature that shares with bats and black cats the iconographic triad of horror. Except that they’re paralyzingly frightening to over 30% of humans. Now imagine the phobic landing on Aitoliko lagoon, in Greece.
Recently, its lakeside got fully covered by Tetragnatha spider webs. The tiny species, which is not the only one periodically taking over acres of land, does like to spook distracted travelers such as yourself.
Picture yourself sinking your feet into the sticky trends and watching thousands of spiderlings crawling up your legs and calling you daddy. Now, now, they’re not poisonous. And consider it your personal experience of the true spirit of Halloween.

INSOMNIA-INDUCING BUGPOCALYPSE
Speaking of weakly particles, as T.S. Eliot once said, the world ends not with a bang but a whimper. For most of us, the prospects for a mass bug extinction may sound more like a relief, and good riddance at that, and not something to care about.
That is, if you’re not into food. Or wouldn’t mind coming across dead bodies laying all over, unable to decay. Animals starving to death and a global collapse of agriculture. And the end for our last food source in case of a climate change-triggered famine. Apart from that, you’d be fine
So, insects may multiply with global warming, but in the end, just like us, may perish exactly because of it. So be careful (more)
________
Read Also:
* Stay Awake
* Everything Must Go

not to crush too many spiders. Or use chemicals to kill them. Or complain too much. Now, go ahead and enjoy your Sautéed Grasshopper a la Crema. We’ll have the salad. 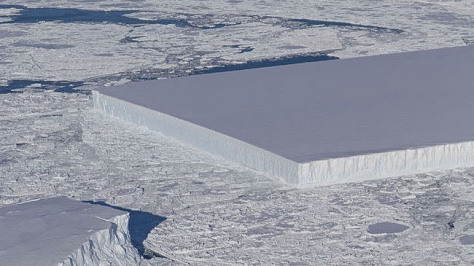 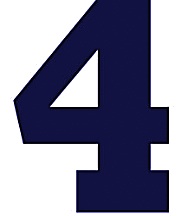 KARMA, CLIMATE, CHAMELEON
It all goes back to it, doesn’t it? Raging fires, overwhelming floods, violent droughts, and city-flattening hurricanes, climate change is here to stay. And according to a new U.N. study, we’ve only 12 years to reverse it. No chance.
It’s not just denial and lack of action by the crop of ignorant, self-serving despots currently atop some of the world’s most powerful nations, what all but dooms us to oblivion. It’s just that such a gargantuan task seems beyond anything mankind has ever done so far.
Take plastics, for instance, whose production continues to double every year. It’s been found in islands thousands of miles of civilization, in the stomach of marine life and now, in your poop too. What gives? Man-made climate change would be truly our worst nightmare. Unless… 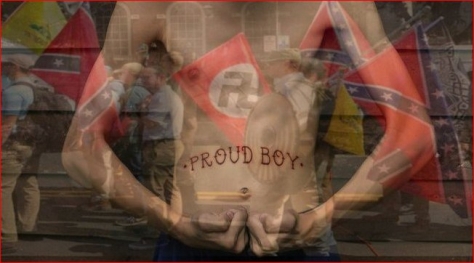 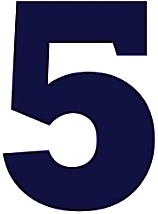 THE RETURN OF BLACKSHIRT THUGGERY
Last year, an egomaniacal, sexual abuser, self-enriching traitor, who sleeps at the White House, made the final item of this list. Now, it’s his bastard kids, growing hordes of thugs roaming the streets and beating the hell out of his critics.
We’re back to Nazi Germany, and Fascism reentered the public discourse as if it were just a fad whose time is ripe for a revival. Heaven helps us all, but worst than their fists landing hard on the flesh of dissent, it’s the relative apathy of many Americans.
And Brazilians, for that

matter. For that fear of the rot coming back to rule us is ever more present and it’s now officially a worldwide fright. In the face of that, the fight to stop the effects of climate change may feel less like a war to save the planet than a slap against the wind.
Coming to think of it, perhaps nightmares we have at sleep are infinitely more manageable. No wonder this Halloween is no longer about goblins and scary monsters. Reality is the boogie man, and you’d better spring into action. Or hide forever under blankets.