Paraphrasing Lady Michelle Obama, when reality goes low, lift up your eyesight at the universe. (It wasn’t really like that but we’ll stick with her wisdom anytime anyway.) Things are rough on the ground, but out there, they’re still stunning.
Was Uoumuamua, the rare interstellar object that’s just visited us, an alien ship? What about those two satellites that signed off almost simultaneously? Or the black hole at the center of the Milky Way? Will it ever bring back my silk socks?
We allow ourselves to be intrigued by the puzzling and the silly in equal matters. It may become impossible to hold on to our grip on an ever evolving set of circumstances. Life keeps tricking us but we always manage to keeping on coming back for more.
The unpredictable world of lately, what with changing climate conditions and unprepared leaders making stupid decisions, tempts the wisest among us, and it’s OK to seek refuge by just looking at the sky. Never mind most of what we see took place ages ago.
Except when it doesn’t. We count on predictability, even as we complain we’re bored. Thus our light take on the possibility we’ve just met a messenger from another world, the surprising synchronicity of two man-made machines, and, well black holes.

WHEN SATELLITES STARVE TO DEATH
When Dawn (2007) and Kepler (2009) started ‘running on fumes’ last week, within two days but far, far away from each other, it wasn’t a galactic sendoff for love-stricken robots. Their expiration dates had already been stretched by many years; it was time.
They were but exhausted; something to do with reaction wheels, as NASA would have it. Both Dawn, sent to probe the asteroid belt, and Kepler, hunter of exoplanets, ran out of fuel. Too much of it went to fire up thrusters and prevent them from spinning. 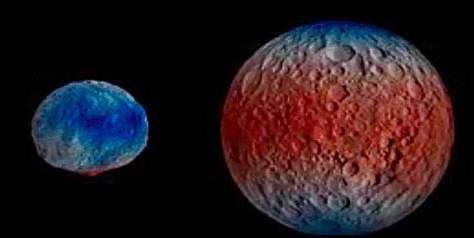 They’ve outlived retirement and outdone their missions, though. While Dawn became first to orbit multiple extraterrestrial bodies, Kepler‘s found 2,600 planets, a tiny sliver of them loosely resembling Earth. Now, who do you know that did at least one of those things?
MILKY WAY, YER HEART IS A BLACK HOLE
Lying on the wet grass of my backyard, I used to check the stars, track satellites, trace trajectories into the big beyond of our home galaxy. But I’ve never pictured a black hole staring right back at me. They eat everything. That kid wouldn’t be here had he known.
In fact, neither none of us would, if the hole that dares not having a name (Sagitarius A, NASA, really? Why not Black Hole Alley, then?) would exercise the same gluttony towards us as it’s doing to that poor star hanging off its mouth.
A thing about space, or what we think we’re seeing of it, is that its vastness is never bland, and permanent rebirth (more)
__________
Read Also:
* Gatekeeper of Outerspace
* Space Droppings
* Space Out

is its state of repose. So why adding ‘supermassive‘ to a black hole? It’s already made of crushed suns, you know? does it really need embellishment?

THAT VISITOR WAS IN SUCH A HURRY
First, some housekeeping. Oumuamua, ‘Messenger from a distant past,’ in Hawaiian, is the interstellar asteroid, or ship, or light sail, that crossed the solar system in hyperdrive last year. And Ummagumma is the album Pink Floyd released 49 years ago this November.
Its title is a slang, if one cares to know. As for that excellent-named, (you learn fast, NASA; congrats), cigar-shaped (or not; it’s an artistic conception, you see?), traveling rock, astrophysicians think may be an alien, data-collecting ship.
Black holes can be massive as four million suns. But it takes a single star to reveal the true nature of whatever crashes and burns on its surface: as they approach suns, asteroids create tails, like comets. Ahá, the cigar didn’t. Very strange. 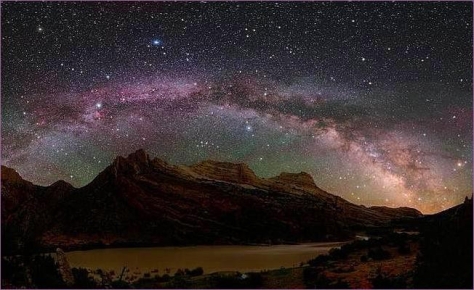 THE CASE FOR SPACE AS ROOM TO EXPAND
That most gracious of our first ladies had a point. We do find solace when we look up, and get weighted down while bowing. One day, the cosmos will be as furious and oblivious as it really is, but for now, it’s a mere reflection of our own smallness.
We look at it mostly for a ride on its lift, and are kept aloft on the sheer will of our minds for wonder. None of us but a handful will ever experience it in any other way but within the realm of thoughts (but no prayers for we don’t have one).
All flying objects mentioned on this post exist only within the confines of our wish to transcend. From getting real close to asteroids, to looking very far into the outer worlds. To coming from somewhere out there, or waiting on to swallow us whole.
This little meditation on the latest cosmic news got out of control. Like an aged, spinning satellite, this is but a tale in search of an orbit to crash and burn one last time. Hello, Goodbye, Godspeed, they say. Now let’s have a pint at that Black Hole dive.