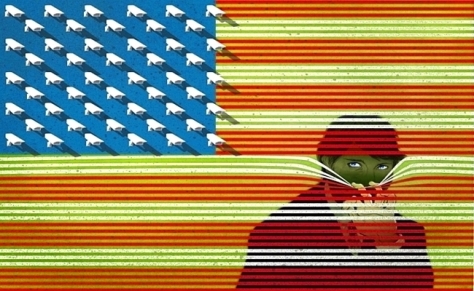 The Amendment That Ascertains
Power to This Independence Day

Dispensing all pomp and circumstance, national birthdays have a way of turning into numbing occasions for grandstanding patriotism and overindulgent gluttony. It’s no different in the U.S., even as Independence Day marks a moment of rebellion and self-sacrifice.
That being said, flags and (non-military) parades are ok, but it can’t hurt to focus on the constitutional side of that storied statement signed by the 13 colonies, which Congress adopted 243 years ago today, and whether it still holds sway as the highest law of the land.
As such, after almost two and a half centuries, it’s held up pretty well. As the nation went through its growing pains, it managed to extend the original liberal slant of its founding documents, even as it amended them, while also adding some truly lofty goals as far as individual rights are concerned. Yes, that can, and it seems to be already changing. Still.
The paradox about those high standards is that they’ve made the U.S. Constitution both an example of steely idealism committed to a set of amendments, and also a pragmatic tool, vulnerable to be waged against the very principles it vows to defend. Take now, for instance.
Despite having enjoyed a full century of world economic and military domination, without stealing land or doing away with its institutions, the past decades have presented serious challenges to its tradition of constitutionality and the rule of the law. Need to say more?
It brings no joy to mention this today, but with two long, unjust wars, thousands of American and foreign lives lost, billions of dollars wasted into the buildup of a scary military complex, the U.S. is more than ever perceived globally as a bully, with no respect to its own legal precepts. How did it come to that? Well, way before that rotten orange stench took over the White House’s lawns, that’s for sure. 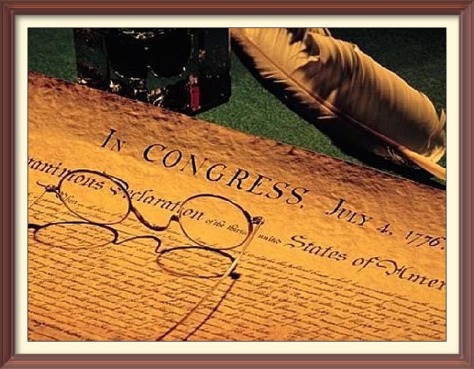 (BOUNCED) CHECKS & IMBALANCES
The framers of the Constitution ‘did not want to rely on the promises of good motivations or good intents from the government,’ Professor of Law Jonathan Turley told the actor John Cusack in a 2013 interview. ‘They created a system where no branch had enough authority to govern alone, a system of shared and balanced powers.’
Turley blasted the Obama administration’s efforts to block prosecution of CIA operatives accused of torture during the Bush era as a flagrant infringement of international law. ‘Soon after 9/11, government officials started to talk about how the Constitution is making us weaker, how we can’t function by giving people due process.’ He was right, of course; some of them are indeed back in power.
Remember, that’s when Edward Snowden offered proof that the NSA had been spying on Americans and even foreign dignitaries for years. But as it happened with rumors (more)
__________
Read Also:
* Natural Law
* Pleading the Fifth

of a possible hit list for perceived enemies, the drone killings, and the indefinite incarceration of alleged enemies, the government was quick to justify its actions. In no time, the issue was buried for good.
That’s when one neither new, nor certainly original idea – that more important than the prospect of a nightmarish society, where the government keeps tabs on its own citizens, is whether the whistleblower who denounces those practices is liable to prosecution, – began to pervade every aspect of modern life.
That’s probably why today will be marked by something other than BBQs and fireworks: a military parade in Washington D.C., long a favorite staple of every tyrant worth his dungeons, and a reason for alarmed Americans to think that maybe what we should be celebrating is that other fourth, the 4th Amendment. 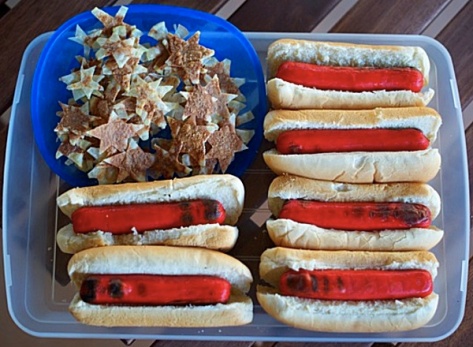 HOW MUCH FOR THAT CONGRESSIONAL SEAT?
Constitutional law experts and civil rights advocates point to the massive influence of money and corporate interests on our electoral process as the main cause for a disconnect between what we believe the U.S. democracy should stand for and what’s actually being done on its name. And now there’s an administration actively engaged in maintaining that split.
It’s been a fact that for the past few decades, elected representatives have been accumulating an enormous cache of power and influence not by serving the interests of those who actually voted for them, but by catering to the priorities of large companies and interest groups, who ultimately sponsor their lavish lifestyles.
Along with the two-party paradigm, and with no small contribution from recent Supreme Court rulings, the power of voting, once the citizen’s way to rid the government of corruption and incompetent leaders, has been demoted to a mostly ritualized rubber-stamping act, endorsing an already encroached status quo.
But if money is what’s ruining everything, and not all politicians have sold their seats for 30 silver coins, then what we may need is to push for more representation, not less, and more power to the judiciary, which, let’s face it, has been giving one black eye after another to our endangered democracy.
The Get Money Out movement, which got started a few years ago, aims at adding a 28th amendment to the U.S. Constitution, dedicated to doing exactly that. Given the state of the world today, what with the climate emergency and a raging white supremacism making inroads, it’s good it’s still on.
Written by a slew of parties, politicians, progressive groups, and independent citizens, any one of its proposals could represent a step forward to our embattled democratic regime, before it loses its right to call itself that. Maybe it’s an idea whose time has finally come.

TRIVIA TO LIGHT UP THE PARTY
No post about Fourth of July, though, could do it without a bit of historical curiosities, if for nothing else, at least to give your backyard congregation the spark the day requires. After all, we’ll all feel better if our kids start arguing not over Kanye West, but whether Jefferson signed the Declaration.
He did not, as it goes. Even though he’s the author of its most distinguished sentence, ‘We hold these truths to be self-evident, that all men are created equal,’ the original parchment, written by assistant clerk Jacob Shallus, who was paid $30 for his work, did not contain Jefferson’s signature.
For the record, the only two signatures of future presidents on the document are George Washington’s and James Madison’s. Still, Jefferson came to be the one most identified with the document, though, not the least for the beautiful ‘pursuit of happiness‘ line, a hedonistic longing shared by no other nation’s founding document.
We’ve talked about amendments to the Constitution, but forgot to add a warning. Apparently, ‘more than 12,000 amendments have been proposed since 1789, but only 27 have made it all the way through the approval process,’ according to Stacy Conradt story for Mental Floss. With odds staked at one in 450, good luck with all that.
Finally, the original statement actually dates from July 2nd, and with all editing and re-editing, it took at least a month before going into effect. Curiously, today’s date is linked in another way with Jefferson, and the other founding father who’s considered the architect of the movement for independence, John Adams: they both died on July 4, 1826. 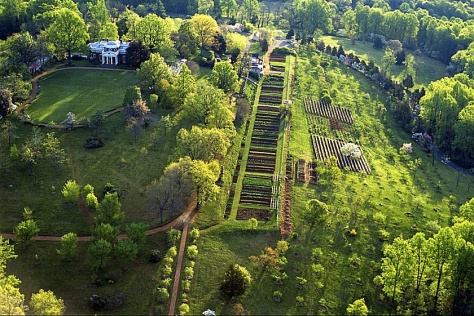