What Are We All Doing
Behind Those Windows?

We’ve seen them all: the outstanding online performances, the eerily empty cities, the constant wailing of sirens. We saw the long food lines and the vigil of families outside hospitals. We didn’t have to but we watched it anyway when a couple broke social distancing and had outdoor sex on a dirty rooftop.
But let’s imagine some of the other things people do mostly behind windows and balconies. But not everything, for St. Fauci’s sake. Just simple queries, like, are they cleaning or having wild dreams? stuffing themselves or Pilate-ing? Gardening naked anyone? Feeling envious of people with nicer, safer masks?
To quarantine and be under lockdown may

have now similar meaning but they used to be separate things. Yes, one could be always quarantined for virus exposure, but usually in a medical facility. Astronauts go through an isolated time upon returning from space. And animals still go through a hell of cold cages when plane traveling.
The lockdown is the prison-like part of that compounded meaning. But don’t compare it with the real thing, especially in the U.S., with its largest incarcerated population in the world. If anybody should be let out is them. Now, if someone still doesn’t get it, tell them about prison toilet etiquette. Or how to talk through one.
But either way, we’re in this predicament for an imperative: to stop the spreading that’s killing thousands every day. Humans, we want to get out and away from it all. Beaches? picnics in public parks? public performances? We love them. But to have them reopened now, would reset the high rates of contagion back to January.

TIME MEANT TO WASTE
There are now hundreds of sites with tips about what to do with your time. Play games, they say. Binge on movies and series (but not the news, apparently). Read. Meditate. Do Yoga. Cut your own hair. Mend a sock or ‘try yodeling through an open window’ as the Swiss Embassy in the U.K. just recommended in a list.
People are having wild dreams too and for that, there are already many articles explaining why. We can’t say anything bad about catching up on sleep, so it’s all good. Others are finding lost mementos while cleaning. And there are those who, of course, don’t want and don’t plan to do a damned thing right now. Or ever.
That’s good too. To hell with overachievers who only enjoy breaks if they can squeeze yet another hundred-page long accounting report. Then again, that should be a bother to no one but their mates. Which is another thing being reported often: who are these monsters living here and what did they do with my family? 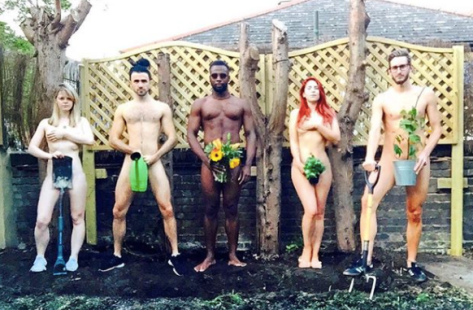 LOCKING UP MR. HYDE
People do crack up and suddenly turn into beasts. Domestic violence is no fiction and it’s spreading out too. Compared to the evil that humans do to each other, some, er, peculiar habits, or little character flaws, which seem to fester in these times, can be mostly managed. Smoking for instance. Just don’t do it here.
Naturism can’t be considered disturbing anymore. Kudos to a kind of society that doesn’t place a premium on physical beauty even if it doesn’t attract any either. And let’s face, picturing the president naked in the White House is way more offensive. So if you have a garden, by all means, tend to it. Clothing optional.
As for masks, they’re now an essential accessory to go out. Some are even making their own, and it’s all peachy. Even if there’s a little, tiny, itsy bit of envy directed at those who can flaunt (more)
_________
Read Also:
* Wash Up
* Downtime
* At Bat

exquisitely elaborated, designer ones even. The point’s not letting your breath and fluids be projected onto others, though. If it does that, it’s fine.

MOURNING IN AMERICA
Rent strikes, drive-through strip clubs, ordering booze online. We’ll get used to a whole new set of priorities. Millions of Americans will remain unemployed for months, while corporations may force workers to risk their lives coming to work or lose benefits. We’ll still see people cheering for the great leader.
There should still be a couple of multi-billion packages for the wealthy coming up, a single-digit percentage of which may reach some workers. We’ll likely lose at least another hundred thousand to the coronavirus. And way before that, as the sick agonize on hospital beds, we may even see a couple of parades claiming victory.
The Republican-produced viral video deplores the state of our nation. But as long as there’s a ceiling above our weary heads, we’ll try to be nice to our kids, pets, and partners. You may ask, how long will it last, but it’s more like, how whole will we all emerge on the other side? Hang in there, stay safe, and we’ll all see.

One thought on “A Shot of Quarantine”