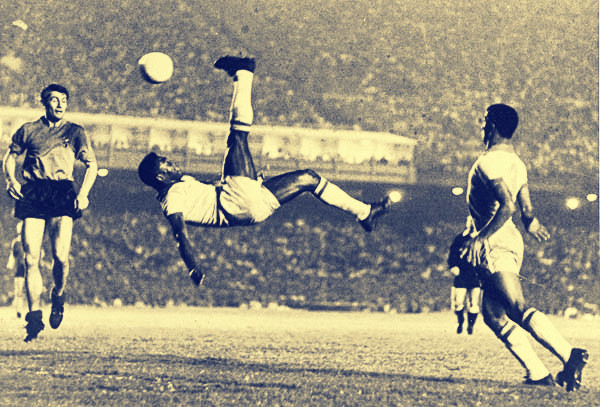 Edson Arantes do Nascimento, a.k.a. Pelé, becomes 80 today. Still considered soccer’s G-O-A-T, his popularity is intact after half a century of retirement. Despite his difficult relationship with Brazil, he helped it win three out of five World Cups, the most of any other.
A wee lad in the 1960s, I’ve experienced his magic and seized the memory as one of my most precious. As his celebrated Santos played my Grêmio, I understood what means to embody the dreams of an entire nation with the grace of a generous king.

As he walked off the field, crowd jeers turned into cheers. He held his head down until they grew louder to grant us his royal smile. It took him only a second for all of us to become his. 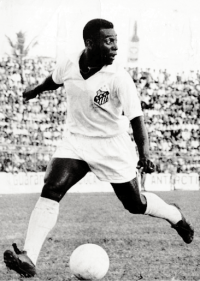 Pelé, football’s greatest player, had come to town to play my team. But by the end of the first half, there was no memorable greatness to report. It was just another league game, after all; rough skirmishes in the mud and a cold and unforgiving winter to boot. That night though there was also a shining knight among us. And he acted the part with aplomb.
Sports fans are rude, raw, and irrational the world over. Crude emotions are always at the ready but civility is usually checked at the turnstiles. Just like at the Colosseum: Christians and pagans crowded the pitch but to the beasts belongs the hour.
The birthplace of  ‘jogo bonito‘ is no haven away from this world of unbounded brutality. The exquisite touch of skills, the artistry with the ball are reflected on the Mondo Cane sensibility at the bleaches, the cursing, the unholy screams, and every obscene gesture to match.
Let’s not get into the urine-bag throwing at random, the foul-smelling bathrooms, the fights that break at chance between rivaling factions. And the slurs throw at women, let’s just not go there.
In such a freezing and wet 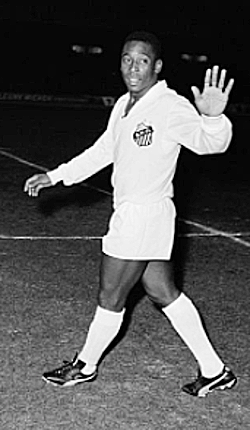 Wednesday, as only a place that close to Antarctica can be, 30,000 or so of us were braving elements and odds but for a glimpse of a special player, to whom songs, and toasts, and accolades are still being raised.
Chanting our undying commitment to follow our blue team ‘barefoot if necessary,’ as its Anthem promises, that’s where we were at that very night. And for a chance to see how memories are built to last.
Ours was the no-nonsense team, whose physical game had almost no room for finesse. We’d kick the ball and the opponent with gusto, and if we’d sneak an offensive play, it’d usually be like a cannon aimed at the other end of the field. All fancy schmancy and flair had no place in the squad.
It was 1969 and Pelé had already won two world championships with the national team. By then though, he was close to retirement, his great glory days left smashed in the grass of England three years earlier. For all it counted, he had nothing else to prove and a lot of reasons to just fade away.
No one knew then that a year later, he’d rise and enchant the world all over again. Football is a game for the minute. All else (more)
________
Read Also:
* Pelé At 70
* National Tragedy
* Don Diego de La Argentina

is for the history books and those have not been written yet.
His Santos was also aging fast then. It was clearly not a game for the ages. It looked rather moldy and out of shape. By the middle-half, my mind was on already home, drinking warm milk, finally finishing my homework. But not for him. A lot was left to reach inside and offer to this unruly bunch. And we’ll get to see it, one way or another. 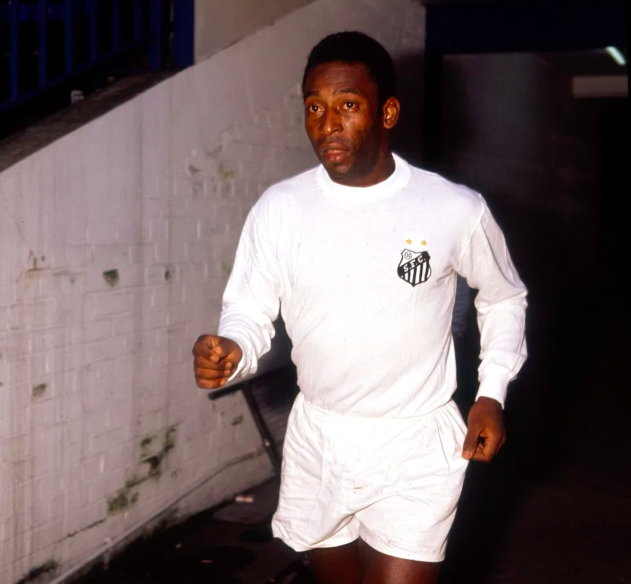 He may have managed some little plays, some sudden touches or phantom moves. Not much else came out of that soaked, beaten path. But then came a moment that I’ll have to die to forget.
The half-time break came with no score on the board. We’re standing above the visitor team’s lockers. The herd mentality was at full motion. So was the cursing, and the peeing, and the motto: always cheer the local team, and give hell to the challenger. And it can all be very loud.
So here he comes. The one who’d draw up Brazil to the map of the world with his feet. Another black dude from poor slums, who rose way past us and left his mark of glory on our own soggy stories.
The rowdy crowd roars as he calmly approaches the tunnels, fully aware of what kind of lion is about to be tamed tonight, as it always is whenever his team is the enemy.
He’d seen this all before, of course. He’s walking and being booed, cursed, trashed as if he has no business being there.
But just before ducking into the underground lockers, he stops and surveys his minions. The face-off takes a few seconds. His sworn enemies are caught in silence and lay down all weapons.
A moment worthier than the score or deadening rain that’s singed on my sore eyes, etched on my faulty memory. He looked at us and we bowed in awe: this is King Pelé and we’re only but his subjects.
For all it’s worth, we could’ve lost that game. Nothing could’ve topped the experience to this rag-tag brood. One look of his and we were won over. One look to last for all the time we have left.

4 thoughts on “Grace Under Rain”