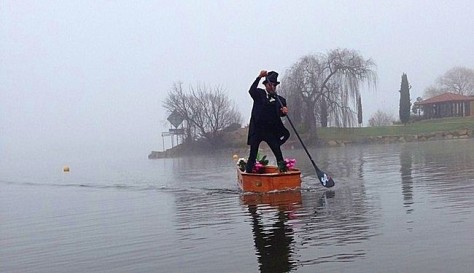 Having the Final Word
About What We’ve Done

Remarkable sendoffs. Or virtual tombstones. And like the graveyard kind, not everyone will have one. To wrap the experience of living with a sharp focus, few things are more revealing that an obituary. That’s why many are now writing their own.
A well-composed death notice makes even those who knew the person feel special. And jealous if they hadn’t. A favorite of newspaper readers, is not for the feeble neophyte or the phony-flowery scriber. But two of the most remarkable here were self penned.
An obituary is designed to outlive the deceased, but many have beaten it at its own game, and survived it to tell the story. (Somehow, Monty Python comes to mind.) Or Mark Twain, even though that ‘reports of my death were greatly exaggerated‘ quote is, well, a misquote.
He was victim of one of the earliest mistakes about somebody’s passing, and had a chance to have a laugh about it. It still happens: in what became known as the ‘CNN Incident,’ a bunch of celebrities were all declared ‘dead‘ in April 2003.
Fidel Castro, Nelson Mandela, and even Dick Cheney, which was called the ‘U.K.’s favorite grandmother,’ was among them. Parts of a 2002 demise notice of England’s Queen Mother were used for their pre-obituaries, and prematurely leaked online.

THE PREFAB & THE QUIRKY
It was an accident, but quite possible: newspapers keep a database of celebrity obituaries ready for when they pass on. Nine years before her death, Queen Mum herself had already had her own untimely death aired by the Australian media.
From the man who said ‘god is dead,’ William Hamilton (whose notice was greeted by a few devilish ‘thank gods‘), to the woman who had more titles than anyone, according to the Guinness, (and 25 names), La Duquesa de Alba, the afterword is often all we’ll ever hear of them.
‘King of Cat Burglars‘ Peter Scott, or Madeline Gins, an architect who had ‘decided not to die,’ are two gems of lives we wouldn’t know about it hadn’t been for a few sentences published when they died.

THE RIGHT TO FINAL EDIT
It’s no mystery that writing your own obituary is becoming popular; everything in this era seems to be about promoting a social idea of oneself. It’s just the latest way to control the narrative, and prevent a silly act, or a crime, from seizing a lifetime of trying to look good.
It’s a selfie made up of words, a bit more elaborated than the ancient epitaph (Colltales has a ton here). But its aim is the (more)
_______
Read Also:
* Final Cut
* The Hypothesis
* Before Afterlife
* Ways to Go

same: eulogize oneself to the borderless online world. After all, it’s hard to count hits at a cemetery alley.
If sculpting a life is no longer about building examples and conceiving good deeds, so to write your own death announcement is just as effective as making a mark. Or creating an online avatar, to speak about a legacy beyond the grave.

THE ‘ME,’ ACCORDING TO ME
‘He saw himself as a man with many flaws,’ wrote Julian Glenn Padgett, with rare candor for a self appraisal. No wonder: he’s a convicted murderer on assignment for a project created by William Drummond, a San Quentin professor in residence. And yes, he’s still alive.
Most people tend to go the other way when writing about themselves. There are now commercial sites dedicated to teach you how to come up with a glorious version of even the most ordinary life. But there’s no place for that kind of fib here, we fear.
Still, just like the ‘Oscar acceptance speech‘ or the ‘farewell, my comrades,’ you’re used to practice in front of the mirror, but more concise, the obituary can be a cathartic, if final, way to say, hey, things weren’t that bad, and screw you if you think evil of me. 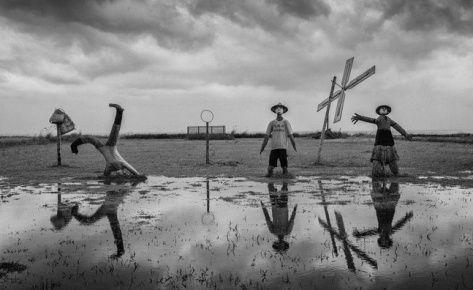 THREE GRAND FAREWELLS
Which bring us to three instant classics, all borne out in recent years. ‘Father Christmas Obituary‘ was witty and so elaborated that the Norwegian paper that published it, apologized for it, wink wink. Timeless, but the whole thing seemed like a ruse.
Then there’s Douglas Legler self-penned masterpiece and one of the briefest obits, ever: ‘Doug Died.’ Humble. To the point. Brilliant. And finally, Jeffrey H. Cohen D.C.. who donated his final claim to the U.S. presidential campaign.
‘In Lieu of Flowers, Please Do Not Vote for Donald Trump.‘
Some flamboyant opportunism here, inserting himself into the most expensive political campaign ever knowing not to stick around to see what’s comes out of it. With time, though, most of us have wised up enough to heed the voice of the dead.