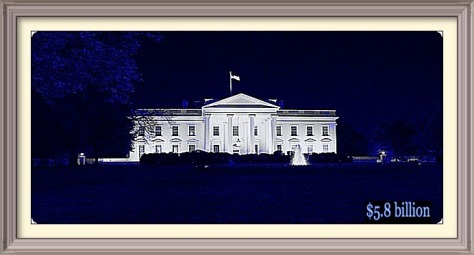 From where we’re standing, we’re far from knowing what many of you already know: who’s the U.S. President. Or perhaps you know as much as we do now, 24 hours before. But whether you’re mad about or celebrating the outcome of this election, it’s almost a miracle that it’s actually produced a winner.
That’s because, as predicted with even better accuracy than the result itself, thousands across the land had to wait hours in line to vote, voting machines malfunctioned, suspicious steps were taken by election officials, and many, arguably due to the media frenzy, wound up not voting in the end.
The first sight things could go awfully wrong, or as pessimists had already declared, ‘as expected,’ came not long after results from New Hampshire’s Dixville Notch were in, a 5 to 5 dead-heat tie: Reddit Pennsylvania reader ‘centrapavote’ filmed a machine that would register votes cast for President Obama as if they were for the GOP candidate.
Other contraptions malfunctioned in Ohio precincts, while in central and south Florida, hundreds endured drizzling rain and an average of seven hours wait in line, so to cast their votes. And that may be the reasonably good news, since votes were indeed cast, and defective polling stations were put out of commission.
Much more serious, and again, from where you stand, you may have already a better view of this issue, was the unheard of decision by Republican Ohio Secretary of State Jon Husted, ‘who asked voting machine giant ES&S to install last-minute, unverified, custom firmware updates on the state’s voting machines,’ according to Boing Boing.

THE KILLING OF YOUR VOTE
Ohio being a ‘swing state,’ (and you thought they’d rather square dance down there, eh?) with 18 electoral votes to be earned by the candidates, two shy of the 2008 election, the move can’t be perceived as purely technical, as in, operating technical problems. It reminded everyone of Florida, circa 2000, and the less than noble job performed END_OF_DOCUMENT_TOKEN_TO_BE_REPLACED

The final TV clash between President Obama and his GOP challenger gave us all a bitter taste in the mouth. Left with the arduous task of peddling a mostly fact-free campaign, Republicans may be feeling deflated: their millions have so far failed to guarantee the White House.
Supporters of the president’s reelection, however, may be in an even more unenviable position. Though there’s no question about who’s better equipped to rescue the U.S. economy, the number of ideological concessions he’d to make may prove to be too much to digest.
It’s bad enough that, altogether, the three presidential and the sole vice-presidential debates have not dedicated more than a minute, if at all, for the discussion of issues such as the tragedy of gun street violence, the continuous stream of home foreclosures, real job creation, and the rampant credit card debt forcibly contracted by students in order to finish their education.
There wasn’t mention about why Guantanamo is still open, and those held there without a fair trial, nothing about persecution of white collar crimes committed by Wall Street moguls, the wretched role of money in the campaign, and even the lack of legislative reform, to prevent absurdities like senseless filibustering and the need for a ‘majority’ of 60% plus to approve any bill in Congress.
In fact, those omissions, which also include a mature discussion of climate change, or its linked issue of an energy policy to prevent it, however painful, have been perpetrated without challenge by the multibillion dollar media conglomerates. Their failure to follow up any of them only reinforce the idea that their interests have little to do with the common good for the American people.
However, there’s something that’s giving pause to President Obama’s supporters, highlighted on last night’s debate: the scary coincidence of the candidates’ positions in several key issues. Despite all rhetoric about their different ‘styles,’ in substance, they actually agreed about some startling wrong foreign and domestic policies adopted by the U.S. END_OF_DOCUMENT_TOKEN_TO_BE_REPLACED