It Could’ve Been Worst,
But Keep Your Eyes Open

Done complaining? you’re actually very lucky. While you were asleep the other night, Earth almost got hit by an asteroid nobody knew about; you were closed to turn into confetti. See, things are not that bad. In fact, as you whine, a lot keeps happening right above you.
For instance, an old satellite just woke up from its slumber and began beeping, just like that. And you should also count your graces for not being a soon-to-meet-its-maker astronaut: they could accuse your deceased body of spreading microbes to outer worlds.
All this proves is that life, a train 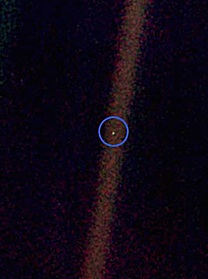 always ready to take off, keeps on tracking, and you’d better stand clear of its closing doors. Don’t want to be dragged down to a dark and narrow tunnel, watching riders go about their business inside, while you’re handed your papers outside it.
Speaking of tunnels, you may live in one and may not know about this, but since Tuesday, Nov. 8, a heavy fog came down, and a lot of people seem stunned, walking like zombies and foaming at their mouth. Something to do with some bad new – the 11/9, the say -, but don’t quote us on that.
The point is, you may think that it’s all unacceptable, unfair, and you won’t put up with it one little bit. Well, good luck with that; the next few years will be very depressing, indeed. You’ll find plenty of reasons to wallow in pools of disappointment and drown in wells of sorrow.
Or, after mourning the missing opportunities for a sec, you could lift up your chin up and catch a glimpse of the sky; it’s amazing how things are busy up there. For a change, that sobering realization that you are, after all, small and barely count, does put things in perspective.

THE MOUNTAIN THAT MISSED EARTH
Even your jubilant Uncle Bob, who can’t wait to corner you at Thanksgiving to tell you, ‘I told you so,’ knows that, among the infinitude of worlds out there, there’s a rock with our address and a clear mission: wipe out zealots and bigots and racists and misogynists with one swapping gulp.
That you don’t consider yourself ‘them’ makes not an iota of difference; you know you’ll be gone too. So, asteroids and meteorites usually top anyone’s list of civilization killers. On Nov. 1, a previously unknown one ‘almost’ became it. 2016 VA zapped within 0.2 times the moon’s distance from us.
It does seem far, but the thing is, either way, we didn’t know about it until it was too late to do anything. Now, put that ‘sobering realization’ in the context of your troubles, and you may catch a whiff of our drift here. Happens all the time. So, as the Brits say, chin up old chap.

THE GHOST SATELLITE THAT WOKE UP
Truth to be told, we track a lot of space rocks, but it’s impossible to track them all. As if we weren’t busy enough with that, we also track over 500 thousand man-made debris, all traveling at top speed, that we sent aloft and now are menaces to our survival out there.
Among them, are some of the Lincoln Experimental Satellite series, like the LES1 that almost immediately after launch, in 1965, malfunctioned and went dormant for 46 years, at the wrong (more)
_______
Read Also:
* Space Droppings
* It’s Fly By Us
* War Lord

END_OF_DOCUMENT_TOKEN_TO_BE_REPLACED

Music from Another
Quadrant of the Sky

First, it was the sun. A few months ago, scientists at the University

of Sheffield, U.K., recorded for the fist time the sound produced by its outer layers. It was a gentle, strange harmony, not likely to be recorded by Lady Gaga anytime soon, but almost as fascinating as her choice of outfits. Now, they found Gemma, a very distant star twice the size of our sun, which also emits its own brand of haunting chord progressions.
You may imagine these two flaming giants harmonizing from extreme opposite sides of the universe until their combined song END_OF_DOCUMENT_TOKEN_TO_BE_REPLACED

Meteor Showers May Again Be
Obscured by the Raining Kind

This morning, early dawn, the Leonids annual meteor shower arrives again. Although historically known to be the most active of the various of its kind throughout the year, this time around astronomers expect the show to be of the modest kind, because the moon will be almost full. But if you live in New York, you wound’t know it either way.
After a few unusually warm nights, fall in the Eastern Seaboard remains as unpredictable as a meteor count, and a cloud-covered END_OF_DOCUMENT_TOKEN_TO_BE_REPLACED