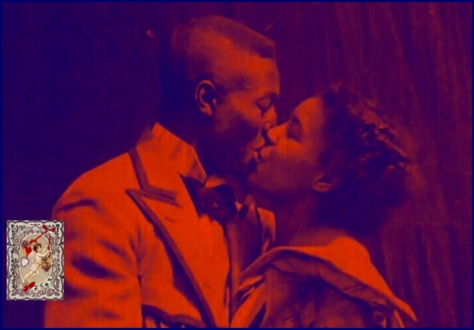 For a new hiphood, today belongs to the past just as no-kissing on first dates, or asking parental permission to go out. Some may consider that too cynical but there’s now a big qualitative difference in results between Hallmark cards of yesteryear and their contemporary counterparts, dating apps. That is, at least in the short run.
Love is still as old as time and the fastest access to our best selves. But its meaning is secondary to all other reasons we seek each other’s company. Rather, it’s even arguable whether setting up a perfect Valentine’s Day will lead to passion, romance, or at least a pleasant night afterward. But please don’t call fools those who try.

From the Catholic Church saints that named it to the Hallmark cards that oversell it, the holiday dedicated to lovers is a bonanza for restaurants and pubs in big cities around the world. It’s one of the hardest dates to book a table in any restaurant worth its napkins, and it’s very likely the saddest in bars and watering holes across the land.
Many people propose to their sweethearts on February 14 but no statistics confirm whether this is such a great idea. It’s a high-pressure time for lovers trying to impress their loved ones, and disappointment is always a possibility when stakes are so high.
________
Read Also:
* Valentine Sway
* Valentine Way
* Bad Valentiming
* Foolings Hearts

If the police have any data on the number of crimes of passion committed on this date, they are not telling. In the end, there’s just one historical fact associated with it, and sorry, it’s not pretty: on February 14, 1929, Al Capone and his minions gunned down seven members of a rival gang, in what became the most reviled event of the Prohibition Era. And the now infamous Parkland, Florida’s Douglas High School massacre two years ago today.
It remains a fact, though, that regardless of the commercialism linked to Valentine’s Day, it does mark a tribute to the affection and romantic ideals lovers share and expect from their partners. Which means that, if you’re not impressed with anything mentioned above, you do deserve to spend the most perfect day with your soul mate. Enjoy it.

Here’s a buzzkill: when a gunman murdered 17 Marjory Stoneman Douglas High School students and staff, in Parkland, Florida, on Feb. 14, 2018, the real Valentine’s Day tradition in the U.S. was reaffirmed. For loved ones of the fallen, that was the worst day of their lives.

Yet sweethearts and would-be lovers will exchange vows, roses, and chocolate today, hoping this will be their best year. Life goes on, for sure. Even as noble feelings and massacres can’t never mix, many a lifetime of mutual infatuation stories will take root before 12am.
Blame it on Al Capone, who in all likelihood ordered the infamous massacre of seven Chicago minions, 90 years ago today. Or the 3rd-century Roman priest killed on this date. Not that such a sobering history has ever crossed any innamorato’s mind.
That’s probably for the better. Misanthropes, the unengaged, skeptics, and lonely wolves notwithstanding, we’re all in this together, so some may as well pick a mate or two, and dive right into the whirlpool of affection and impossibly achievable goals of eternal devotion and faith.
To choose such venue has an undeniable edge, a rare instance when caring beats automatic weapons. For that they’ll ride high at moments, and suffer much in the end, but there’s no business like the one of loving someone. The other will always be worthier than thou.

THE MONSTER IN THE AFTERNOON
Learning that some 1,200 American children have been killed since the Parkland shooting, and that only a few states, including Florida, have passed somewhat restrictive gun control legislation, doesn’t seem too encouraging, after such a tragedy. But that’s only part of the story.
Since then, we’ve got to know Emma Gonzalez, David Hogg, Sam Zelf, Cameron Kasky, and others, survivors who became national leaders for gun laws, with the moral authority to demand change. That Congress still remains unmoved by any of that is typical but hopefully won’t last.
These kids didn’t sit still. Throughout 2018, they led several national mass rallies, calling for action from Washington, to prevent another afternoon like the one they’ve endured. (more)
________
Read Also:
* Bad Valentiming
* Valentine Way
* Embraceable Hearts