When Nature Deals
A Sleight of Hands

Not to point any fingers, but when it comes to physically identifying someone, it’s no longer safe to rely on memory or anatomy alone. The issue is naturally crucial for law enforcement, and police departments all over have alreadyrevised old guidelines for fingerprinting and lining up suspects, so to adapt to more scientific methods of identification.
Memory does play tricks and someone’s recollection of an event is conditioned by subjective factors and plagued by all sorts of potential distortions. So is the analysis of someone’s marks and crevices at the tip of their fingers, long considered gospel in police work.
At the end of the day, suspects should be positively identified based on a comprehensive set of parameters, rather than how they look to someone, or whether they’re born with more digits or have no fingerprints at all.
Speaking of which, meet Yoandri Garrido, a Cuban who has two extra fingers and two extra toes. In itself, the condition, polydactyly, is not extremely rare neither in humans nor animals. But it is in the case of Garrido, because his extensions are perfect and functional.
EXTRA FINGERS OR NO PRINTS AT ALL
You may go out of your mind, thinking about what you would do with them, and why you should be so lucky. But for him, the freak of nature is a bliss, making him a superior coconut picker and a favorite of tourists, who’d pay up to $10 for his picture. So, stop whining, will ya? 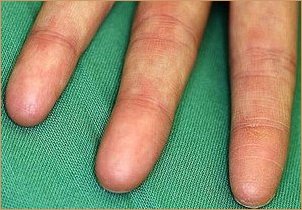 Of course, unlike you, there’re some who may think they’re lucky exactly for not having any distinguished anatomical feature, easy to be picked up by the accusatory finger of a witnesses.
Now, you may go ahead and congratulate yourself for not being someone who needs to be concerned about other people’s testimony against them.
Adermatoglyphia is an even more unusual condition: lack of fingertips. It’s thought that it can have several different causes, but the main one is a genetic mutation. It’s been recently found in nine members of a Swiss family of 16 (don’t ask), who could easily slip through a crime scene undetected, but who’d also have a hard time crossing country borders.
As it turns out, immigration officials of all nationalities have little patience with those who lack fingertips, but we won’t get into that just yet. Suffice to say that scientists are learning a thing or two about genetic mutation of the kind that caused this family of Robinsons (so to speak) to have the majority but not all of its members sharing the condition.
Again, you may envy their predicament for a second (more)
_______
Read Also:
* A Farewell to Furs

END_OF_DOCUMENT_TOKEN_TO_BE_REPLACED 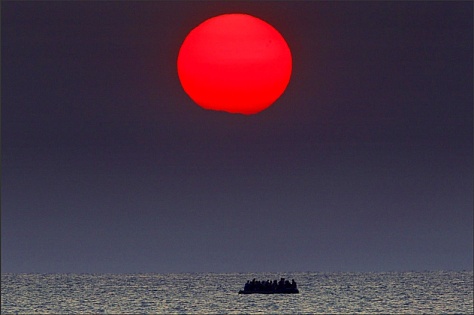 It was a year of record refugee waves, with boatloads of heartbreaking stories landing en masse on European shores. Greeting them, equal parts of compassion and vile political pettiness, and a stunned world reacting as it usually does: with violence.
As usual too, there were plenty of staggering deaths – massive, laser-focused, or undiscriminated – due to terrorism, war strikes, stampedes, and in the U.S., racism and too many guns. And, of course, a fair share of encouraging news about climate change, for instance.
This post hardly covers them all, though. For these Colltales stories we’ve picked are more of a counterpoint to what was going on then. Rather than rehashing what was on everyone’s devices in 2015, they run a parallel track of commentary, criticism, and even comic relief.
Just as global temperatures kept rising, our pulse on the year’s events was better reflected on the weekly editorial Newsletter/Curtain Raiser. So we were free to report another kind of news, neither Pollyanna nor downright depressing. You know, the Colltalers preferable way. Enjoy. 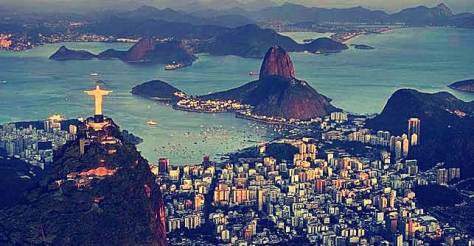 ELVIS, CATS & RIO IN WINTER
The terrorist attack that killed nine journalists at the Paris offices of the Charlie Hebdo, on Jan. 7, was arguably the biggest news of the first three months of 2015. But the following day, we featured Elvis Presley‘s 80th birthday. And never looked back.
Stories about crows, unemployment, that old fave Voynich Manuscript, and a quirky take on Valentine Day followed. A personal darling was the 450th anniversary of Rio, our city of birth. Bandit Maria Bonita, cats, caturally, and life after death, online, completed the bunch.

A SPRING OF RACE & TIME
By then, the biggest refugee crisis of our era was already creeping in, but within the U.S., an old scourge was robbing the headlines: racism. Our own second quarter, though, was deep into END_OF_DOCUMENT_TOKEN_TO_BE_REPLACED 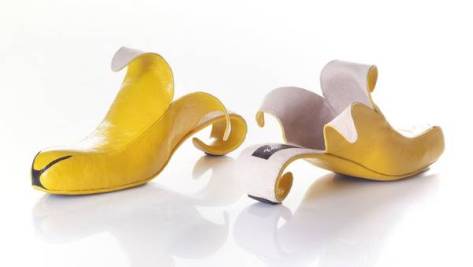 Peel Medicine & the
Spiel About Bananas

There comes a time for every blog when it’s necessary to adopt a certain gravitas and post a long, well-researched, insightful article about some of the transcendental issues of our age. Where did we come from? What goes through the mind of someone about to take his very last breath? Whatever happened to that pair of striped socks?
In other words, what writer Douglas Adams called, life, the universe and everything. This post won’t be about any of that, though. Instead, let’s talk about bananas. That’s because there’s some breaking news to report: a new asthma medicine made from the its peel, and a genetically altered hybrid, rich in iron.
What? Since when the fruit, any fruit, is less, er, profound than our own, often ill advised food for thought, however ancient wise men may have agonized over it? OK, so maybe. Still, bananas are quickly becoming the world’s most consumed fruit. Or is it a berry? How about that for reach and scope? We bet you thought Socrates didn’t really think much about bananas, didn’t you? Well, you were right about that one.
Still, bananas have long extrapolated their ancient Southeast Asian habitats to enrich the cuisines and imagination of the European navigators of the 16th century, who spread them to the world. The irony is that soon enough bananas came to define the new exotic lands END_OF_DOCUMENT_TOKEN_TO_BE_REPLACED

To label as “Latin” the music made by Latin American artists is nothing short than an empty generalization. But as the U.S. Postal Service stamp collection of five such legends shows, it’s clear that the endurance of their work went way beyond the limitations of the label and turned irrelevant even the Spanish and Portuguese languages through which they mostly END_OF_DOCUMENT_TOKEN_TO_BE_REPLACED