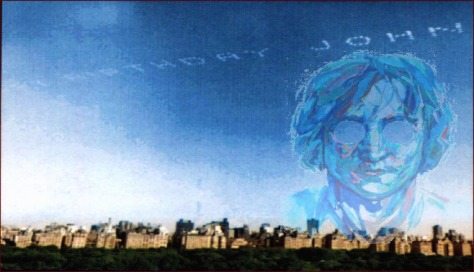 Nobody Told Us That There
Would Be Days Like These

Some of us will complete Friday the four decades separating us from John Lennon’s last birthday, on Oct. 9, 1980. His life had been so intense up to that day that the same length of time following it seems now warped and emptier in comparison.
In his last two months, the man was full of hope, ready for a comeback that’d be only partially realized. Whether his best work was really behind him there’s no way of knowing, but since then, we’ve been badly missing whatever was that only he could’ve delivered.

And he has indeed given us plenty, enough to keep us busy going over it even now, so many years later. Just like a post we’ve published about a particular moment in 1967, documenting what wouldn’t have had any imprint on all of us hadn’t been for him.
Like another way of marking a date that still holds us under its spell. Even without knowing that the next two months were his final countdown, John lived his life with the intensity that only those who know they’ve got just this one chance to do it, really do it.
He’d have been 76, that time around. Instead, he’ll never age a day older than 40. Amazing to learn that many born since then consider him a friend, and his songs, a guide to living intensely and grow wiser. Happy Birthday, John. Thanks for everything.
_______
(*) Originally published on Oct. 6, 2016.