There’s a WebCam
Hidden in the Toilet

Edward Snowden and Mark Zuckerberg shared a week in the headlines. The whistleblower who exposed the National Security Agency’s dirty secrets has a memoir out. And the Facebook’s inventor was caught on tape expressing fears of a future of greater scrutiny and accountability.
Apart from that, their notoriety, and the fact they were born within a year of each other, they’ve got little in common. One, whose daring act cost him his freedom, is an example of moral clarity, while the other embodies the very disregard for principles driving the ownership class.
The fate of their parallel lives, however, is an imperfect but still fitting metaphor for these times: follow your conscience and face exile and the hounds of the establishment. Use your privilege to generate wealth and soon you’ll get to rub elbows with the rich and the powerful.
Snowden‘s ‘Permanent Record,’ rather than boasting his ‘good guy’ image, as a slayer of sinister state-surveillance agencies, zeroes in on the fractured and the personal. It’s a humble account of surviving the pushback while still honoring ethical and private choices.
The leaked audio of Zuckerberg‘s raging about presidential candidate Elizabeth Warren, on the other hand, throws a glare on his shrewd political calculations. As in the 2016 elections, he’s prepping his social media mammoth to play again the role of king’s maker.

TWO WHO REWROTE OUR TIMES
Six years ago this November, they were the focus of a Colltales’ Curtain Raiser, an excerpt of which is adapted and reposted below. To many, Snowden’s woes have somehow anticipated our current reality, where a U.S. president uses the government to go after his political enemies.
Or that Facebook, which Zuck started in 2004 – a decade before the NSA scandal broke – would go on to become more powerful than many nations. After all, free, non-regulated access to private citizen’s data is now as common as using cellphones to track people down.
As in 2014, they’re still frozen together in amber: Snowden in the White House’s hit list, unlikely to receive a fair trial if he ever comes back from Russia to fight for his rights; and Zuckerberg, who along the top 0.01% of the population, controls 80% of all the planet’s resources.

CHANGE THE WORLD OR MAKE A BUCK
‘The Big Brother age has produced its first titans whose duality mirrors the ambiguity and radical change of the way we live now. Born within a year of each other, Snow and Zuck have perhaps unwittingly, defined the times: a reboot of government accountability, or our downgrade to a totalitarian society.
They made their choices and so will we. Zuck’s created FB with one thought on his mind, besides getting dates: get rich. He achieved that by eliminating early collaborators and potential competitors, and swiftly establishing his wraparound, impenetrable hold of a niche market.
He succeeded beyond his most outlandish visions of power by conceiving and enforcing the tenet of his business model: the complete eradication of any notion of personal privacy, except his, and (more)
__________
Read Also:
* Memberships
* Call Upon You
* Middle Brother

END_OF_DOCUMENT_TOKEN_TO_BE_REPLACED 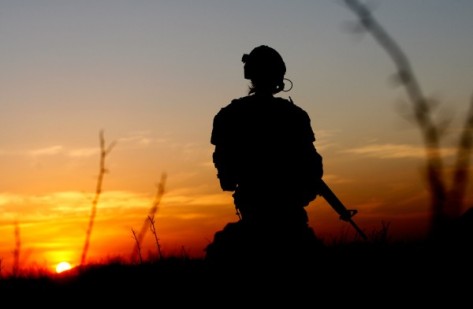 A trove of classified military documents about the war in Afghanistan, leaked to three major global newspapers over the weekend, is renewing questions about the validity of that conflict, while shedding a new light on some of the reasons for its overextended duration and the staggering human toll it’s exacting.

With the six-year secret reports the Wikileaks Website obtained without disclosing how and made available to the New York Times, the Guardian and Der Spiegel, a much darker picture of that war effort began to emerge. Since the three newspapers END_OF_DOCUMENT_TOKEN_TO_BE_REPLACED