A Captive Beluga May Have
Learned to Mimic Our Speech

Whales are smart. Or so we’ve been told since we began studying them, instead of killing them, in the 1960s. But a lot of the initial assumptions about cetaceans’ intelligence was based on brain size, and that’s no longer a reliable indication of cognition, scientists say.
Still, self-centered as we are, we’re always impressed when animals begin to sound like humans. The latest example is Noc, a San Diego Beluga whale, whose haunting speech-like pattern, a few octaves lower than his normal ‘voice,’ has been recorded and is all over the Web.
The recording was made by a National Marine Mammal Foundation team of researchers, as part of an online study published on Current Biology. It sounds like the animal was mocking his human handlers, but that’s reading too much in what’s essentially a mimicking exercise.
It took Noc some 16 years to produce what was caught on tape, something that the much smaller brain of a parrot, for example, would produce in just a few months. Still, it gives anyone pause. But before you grow too attached to the whale, a sad note: he died years ago.
SPEECH OR PARROTING?
For the record, cetaceans are indeed intelligent in ways we don’t quite comprehend, and communicate mainly by sounds through long distances in frequencies we can’t hear. Just like elephants and other END_OF_DOCUMENT_TOKEN_TO_BE_REPLACED

As most species around us, elephants predate mankind by several million years. Yet, even as they’ve survived a gruesome evolutionary process and a few planetary catastrophes to boot, from the moment of our arrival, their demise became ever more likely. Apparently, we can’t help it. It’s on our DNA, and perhaps our destiny, to be the ones who’ll finally switch off all life on earth.
But we’re still discovering wonderful things about these animals, lest us not depress the hell out of you before you even hear about them. There’s Tarra, who showed more compassion over the loss of her best friend, a dog, than many humans would. There’s Rajan, and his swimming skills. And there are those who love and care so much for them, to even develop a bionic leg for two landmine victims.
That’s because there’s enough people in the world who prove everyday that our genetic code is not only about the slash and burn of a warrior, but also about the humble approach of an apprentice. Elephants certainly have a lot to teach us, if only we give ourselves the chance to find out more about them.
In fact, in the past three decades, as human settlements have advanced into their natural habitats in Southeast Asia and Africa, we have been forced to learn more, and faster, about elephants than in all END_OF_DOCUMENT_TOKEN_TO_BE_REPLACED

Dolphins’ Dark Side May
Have a Familiar Twist: Us

In the Gulf of Mexico, they are among the species most affected by the catastrophic oil spill that BP caused two years ago. Pink bottlenoses found in the Amazon river are also facing dire consequences from illegal mining pollution and other man-made hazards to the forest basin. And they’re still being hunted all over the world for the high value their meat is worth in the black market.
But there was an area where dolphins were still unbeatable: the court of public opinion. No longer.
But it’s not that they’ve dropped off the endangered species list. Or mass beachings, such as the one that’s just happened in South America have somehow waned. Dolphins, as it turns out, are so smart that even their messy social interactions remind us of wise guys behaving badly. Some are calling it the dolphin mafia mentality. Who knew?
You may say that there’s a backlash going on against dolphins, and that’s all their own doing. But this is, of course, an anthropomorphic and reductionist view of a species that, apart from breathing air and raising their young on milk, has very little to do with us. Except for the way they relate to each other, though, and social bonds are a reliable way to study any species.
Cetaceans, with their big brains and sophisticated social networks, connected by bloodlines and sexual partnerships, do resemble humans and other highly intelligent land mammals. Chimpanzees, elephants, canines and, whenever it’s convenient, even some feline species, END_OF_DOCUMENT_TOKEN_TO_BE_REPLACED

And you thought vegetarians were not aggressive. Tell that to a charging 6.000 pounds angry herbivore. It happens all the time.
In other news, there’s a novel way to relocate rhinos. Hint: it’s off the ground. Is that why elephants get depressed?
What’s about hippopotamuses, rhinoceros and elephants that makes us see them as kindred spirits? Their weight, size and diet? Social organization? Or just our plain ignorance?
Despite all we now know about these three species, they each preserve a certain mysterious quality and intelligence, evident in the ways they interact with each other and with us.
They still fight viciously among themselves in the wild, of course. Still, somehow gentleness is a word generally associated with, at END_OF_DOCUMENT_TOKEN_TO_BE_REPLACED 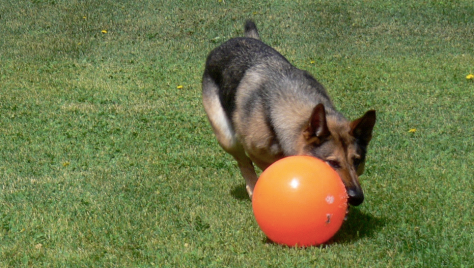 We breed them. We treat them as equals, as gods or slaves. We love and we fear them. And we’ve been eating them for ages.
Since we’ve been around, we’ve done with animals as we damn well pleased. Including being killed in our wars, often instead of us.
Elephants, horses and dogs. Dolphins, sea lions and pigeons. Primates and pigs. Even cats and bats have died in wars or in weapon labs.
Now, like the canary in the mine, dogs are sounding the alarm. Some of those deployed in combat are suffering Post Traumatic Stress Disorder.
DAMAGED HOUNDS
It’s a disturbing, if predictable, consequence of their loyalty to the military. And more so than with the troops, these warriors may have been psychologically hurt for life.
Counseling therapy, of course, won’t work with them. In fact, in many cases, treatment is a guess work, at best, and to expect a full END_OF_DOCUMENT_TOKEN_TO_BE_REPLACED 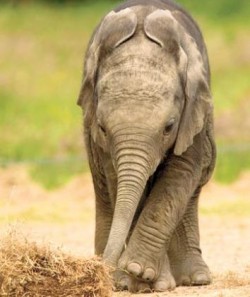 elephants living in zoos in England is reviving the argument against keeping not just the great beasts but all wild animals in captivity. The discussion is going on for quite some time now and both sides seemed to have valid arguments in their favor. Lately, though, there’s growing evidence that the practice ultimately causes more harm than good to the animals.
Despite the greatly improved conditions of living for captive END_OF_DOCUMENT_TOKEN_TO_BE_REPLACED