The FBI is investigating an underground network of human organ sales. Greece has been accused of illegally allowing the ‘harvesting’ of the heart of a dead U.S. Marine. And there’s suspicion that a black market is now a rising global reality. What’s going on?
Welcome to the brave new world of what you don’t like to think about the future. The flip side of modern medical research, which is developing ways to grow and regenerate cells, organs and limbs, is the gruesome traffic of body parts, with or without consent.
Guess who is more vulnerable to selling their bodies (not that way, you perv) for what can never be enough? the poor, naturally. Some would even say that, before its ban, the sale of human blood was a common form of earning cash for skid row denizens everywhere.
Well, even those heartless souls who’d invoke such a grim precendent are finding the mechanics of this new trade too much to stomach. But abstracting the heavy ethical implications, we may not be too far of such a nauseating prospect, in this age of everything has a price.
Not that everyone who could eventually afford such revolting trade would do it, let’s be clear. Morals have no particular attachment or relation to material wealth or lack thereof. Still, it’s unlikely that such a gruesome market would be able to flourish cash free.
Because, face it, money and privilege are the obvious candidates to at least entertain such a possibility. But before we go to far down this rotten route, let’s praise the less Frankenstein-tinged use of medical technology which has, in reality, made great strides. 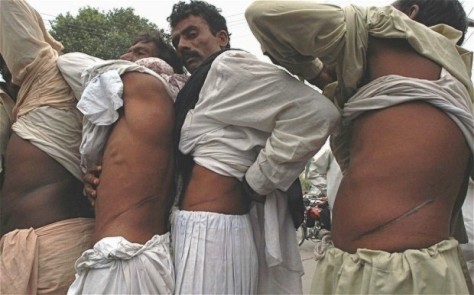 BIOLOGIC SCAFOLDING
For over 100 thousand Americans, the prospect of a brand new industry focused on developing organs and other ‘components’ of the human flesh and blood machine from stem cells, for instance, is not just exciting, but a source of hope for a radically better life.
Research into nursing cells that will grow to build different organs is far advanced, and has fortunately crossed the phony moral threshold of religious concerns. Demand is overwhelming, which shouldn’t surprised anyone: the U.S. needs more than any other country fresh new organs.
The reason: war, of course. In fact, a considerable percentage of Veterans returning from tours of duty – courtesy of the Pentagon and its steady shipment and deployment of American troops all over the world – are in desperate need for limbs and reconstructive surgery.
As it turns out, restoring at least partially their physical integrity is the relatively easier stage of their lifelong rehab process. And medical END_OF_DOCUMENT_TOKEN_TO_BE_REPLACED