Here’s something that Google can’t control: ‘reality augmented’ glasses. Even before its wearable contraption is out, there’s already been challengers to it. And not just to simply enhance what we see, but also to reveal, educate, even warn us about what we may be missing.
Then again, glasses have been around pretty since humans have ears and noses to hang them, so it’d really be rich for the giant search engine to claim that too. But try they do. Thing is, for all the hoopla, the very concept of glasses as a vision enhancer may be on its way out.
There are now glasses that act as computers, smartphones, designing tools, interactive gadgets, revealing devices, and if you’re concerned about all that privacy-busting array of needed connections for these things to work properly, even an infrared visor that blocks facial recognition software.
The possibilities are not just endless, but actually encouraged. In a clever way to market its interactive-able set of lenses, one company is explicitly asking for input from anyone who may have an idea they don’t already own, on how to outfit your shades with that special juice. Quite challenging, really.
But there’s a reason why we don’t sound too jaw-dropping enthusiastic about these next wave of ever shrinking props, which seem ready to become as common as iris biometric identification systems and thought-activated computers. Or rather, a few reasons: the first one is END_OF_DOCUMENT_TOKEN_TO_BE_REPLACED

Baby, You Can’t Drive
My Car. Nor Should You

Well, it was a good run. From its late 1600s invention to its 20th century mass production, the car enjoyed a fast, risky, and racy love affair with people. But alas, it may be over. And the signs of a probable popularity crash are coming from some quite unexpected places.
Mainly, its evolution. See, once we begin traveling in driverless, accident-proof, shape-shifting vehicles, what can possibly come next? The quicksand of moral considerations, of course. Or, rather bluntly, will your model choose to save your life or those in the school bus?
At the very least, that’s what we get when we aim at convenience: we’re so willing to trade our hands-on approach to driving with the exactitude of machines, that they may as well make decisions against our best interests. Meaning, save the kids, and dump you down the ravine.
With the vexing plus of such an artificial intelligence, now capable of safely handling a one-tone speeding vehicle among hundreds of others, not being even that intelligent. For the technology that allows a car to go from point A to point B is as old as that which built the pyramids. Just like pushing blocks onto a prefab grid.
We’re not trying to knock the brave new world of computer research, and the wonders of making such a complex piece of engineering to be able to relate to its environment so well. An evolutionary leap that, in less than a century, rendered the human factor nearly obsolete, as far as it’s moving parts are concerned.
And yes, thanks to those who came before, to Ferdinand Verbiest, to Nicolas-Joseph Cugnot, to Gustave Trouvé, and to Karl Benz, as well as to the man many Americans erroneously believe has invented the automobile: Henry Ford. We’ll give you a minute for you to check these names out.
Ford did leave an indelible imprint on this evolutionary arch, but END_OF_DOCUMENT_TOKEN_TO_BE_REPLACED

As Criticism of Facebook Grows,
Zuckerberg’s Nowhere to Be Seen

It’s ironic that the creator of a social network that ostensibly trades in the private lives of its clients is himself a highly private person. As hostility towards Facebook’s business model is on the rise, Mark Zuckerberg, the Harvard dropout boy wonder who founded it and became an overnight billionaire, has been less than visible these days.
For some, it’s all about poetic justice. While Zuckerberg fights accusations of having secretly profited from Facebook’s failed IPO, while thousands lost money with it, a tech site’s offering cash in exchange for unguarded pictures of him. His company’s also fighting European regulators over how it stores personal data, and, in the U.S., scrutiny for luring children under 13 onto its social network.
For the record,

Facebook’s definitely not the only one being accused of unauthorized use of its members’ most intimate details. Google, another giant of the Internet age, faces similar charges by the European Union. And pretty much every other site, community board, job exchange and even smartphone apps are, in one way or another, guilty of making a so far illegal buck out of its users.
Facebook, though, for being arguably the most popular, and for depending exclusively of customer-generated content to attract advertisers, seems to be setting the (low) business practice standards for the industry. How successful efforts by regulators, consumer advocates, public officials and even some politicians will be, curbing its privacy-busting ways, remains to be seen.
But anything that may help prevent it from becoming the nightmarish, big-brother-like corporation some say it already is, may also establish a new consumer-driven regulatory framework for all other companies, END_OF_DOCUMENT_TOKEN_TO_BE_REPLACED

But Enough of Your Qualifications;
What’d You Do If the Sky Were Red? 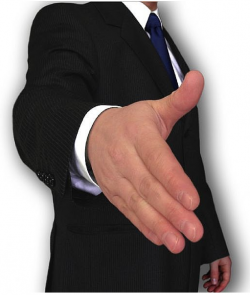 For millions of Americans, Friday is not so good anymore: what used to be a time for excitement, the beginning of the weekend, TGIF and all that, now has a dreadful feeling. Another week is over, and it’s almost sure no one will call you back with a job offer today.
In fact, one of the travesties of unemployment is that it inverts things: suddenly, Mondays actually don’t seem so bleak. Neither Tuesdays, Wednesdays, and even Thursdays, although that’s already pushing it. At this point, frankly, who needs any more time off?
You can’t afford even a lousy Latte, and the prospect of spending any extra time with the now unrestrained frustration of your mate can’t be good for your cholesterol. All you can think about weekends these days is that the better rest of the nation is out, deservedly enjoying the mild winter, while you’re inside, feeling miserable.
So in solidarity,

we’ll tell everyone a little of what you and the millions of jobless in this country have been facing out there. It’s about a bizarre world ruled by sadistic interviewers who strive at tossing one outlandish question after another at you, just to throw you off and keep a pile of resumes they’ve received to a manageable size.
WHAT KIND OF SOCIOPATH ARE YOU?
There are many categories in the guise of a method for this madness. There’s the hypothetical specialist: “Sell me an invisible pen.” (P&G) The sophisticated mathematician: “Twenty-five racehorses, no stopwatch, five tracks. Figure out the top three fastest horses in the fewest number of races.” (Facebook)
The deranged sport-buff: “What is your strategy at table tennis?” (Citigroup). The teasingly insane: “Would you be okay hearing “no” from seven out of 10 customers.” (Enterprise). And the certified psycho: “If I was a genie and could give you your dream job, what and where would it be?” (Pottery Barn)
These are actual questions, asked in job interviews and reported to Glassdoor.com, an online job community that encourages people to anonymously share an inside look at companies. Which, honestly, sounds like another exercise in pure mental abnormality, but anyway.
By now, at least 15.5 million of that desolate crowd have heard at least three times over that this kind of question is designed to gauge the candidate’s ability to “think on his feet.” Or to show his “thought process.” Or it may be just because the recruiter is, indeed, deranged.
JOB ADVISING FOR PROFIT IN 5 EASY STEPS
In fact, another reason for anyone to wish they had already lost their minds is the amount of career advisers and job END_OF_DOCUMENT_TOKEN_TO_BE_REPLACED 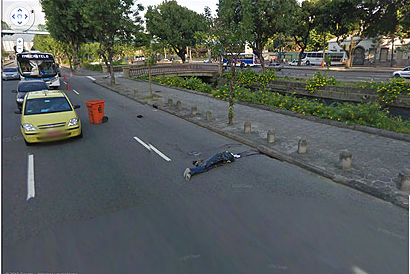 Google’s service went live Sept. 30 in 51 Brazilian cities showing at least two photographs of the aftermath of fatal car accidents in Rio de Janeiro and Belo Horizonte. The disastrous pictures showing two different bodies still laying on the asphalt were already retrieved by Google, but not before causing comotion throughout the country.
Besides Rio and Belo Horizonte, also Sao Paulo and inner cities of the three states have now access to Street View. Brazil is the first South American country to be able to use the service and Google expects to cover at least 90% of the entire country in two years.