To Rod Stewart, His Trains
& the Holidays in New York

When ‘Maggie Mae’ burst through my mini transistor radio in 1971 its circuits coughed and fried a bit. The dawn of the singer-songwriter era and yet, here’s this punch of a voice drawing blood from the heart of teen lovers. It wasn’t to last but still.
Now Rod Stewart has introduced the world to another hit of his: an epic, 23-year in the making, scale model of a U.S.-like metropolis and its trains. It’s enormous and it’s a beauty. It’s also related to the subject of this letter for some mushy reasons.

See, from 1996 to 2008, New York had a third holiday train show, The Station at Citicorp Center. The Botanical Garden’s twig and plant-made trains and railroads, and the Metropolitan Transit Authority’s subway and commuter train show are the other two.
It took gall for that little train show that could to challenge such centenarian institutions. A quarter of that time for the most but it did arrive there and it was on its way to becoming a permanent feature of the holidays in NYC. But it wasn’t to be.
Now for the record: Colltales has nothing to do with that or any of the places mentioned here. I don’t know the creators, artists, associates, or anyone connected to that show. This post is all about the raw sentimentality implied above.

PICTURES IN A GASOLINE ALLEY
Then lack of funding allegedly closed down The Station. I couldn’t put up with that kind of bite on my apple. Broke, as usual, I did the only thing an orphan could: I plead for help on the Website of little-known model train enthusiast, Station Master Rod.
I don’t regret it; the former gravedigger assistant has by now an entire team tending to his site and career so it’s hard to imagine that he never read my appeal. Or that they didn’t check to see whether I was legit, or had ties to the Dunham Studio – again, I don’t.
I was just one of the many eight-to-80-year olds going berserk over those Gulliverian scenes. That includes my own little ‘Thomas,’ who now claims not to remember it. It helps to have a taste for miniatures with a huge serving of wonder to appreciate it.

Congrats on the completion of your spectacular model city said to be inspired by New York and Chicago. Your passion is shared by millions and I, for one, used to spend hours watching mesmerizing train shows on TV. They all live on the Web now.
I’ve heard that you’ve spent almost a generation composing your tiny city and that you did most of the work by yourself. Impressive and probably quite rewarding in a Zen kind of a way. Now, about that message on your Website: did you get to read it then?
For this is now beyond that particular train show, as great and popular as it still is. No, now this would be a gift, your holiday gift to the kids of the city to where you’ve come visit so often. In the 1980s, you actually walked into the restaurant I used to work at.

Whoever you’d hire to set it up, where or, grasp, whether it’d be a traveling version of your own display, it’d all be of course entirely up to you. It’d be an awesome gesture to be credited only to you; seriously, I’d put it on writing for your legal council.
Wouldn’t that be great? This city glows during the holidays and memories carved in childhood during this time remain cherished throughout life. Along with your songs, a train show could be yet another touch of magic you’ve been providing the world for decades.
New York also welcomes yet another community that now you belong to: that of cancer survivors. With your gift, by this time next year we’d all be in those lines full of happy faces, eager to ride those tracks with their minds while dreaming of day trips to Manhattan.
Come, let’s see the trains Uncle Rod has set up for us. Thanks.’ 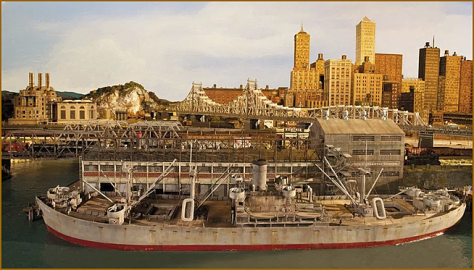