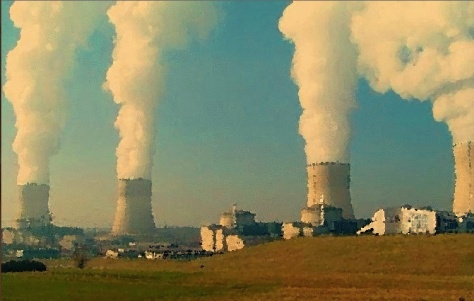 How much of a threat

is an 84-year old nun to a multi-billion dollar facility that’s been enriching weapons-grade uranium since WW2? Why, a lot if it’s run by a join venture of two government defense contractors that are embroiled in a $22 billion award dispute.
Enough also to sentence Megan Rice last Tuesday to nearly three years in prison, allegedly for breaking and vandalizing the facility, but most likely for her long and distinguished career as a pacifist, critical of the U.S.’s production of weapons of mass destruction.
It was only the latest scuffle between an anti-nuke activist group, in this case, Rice and two other peace protesters, and powerful recipients of fat government defense contracts, Babcock & Wilcox Co. and Bechtel Group Inc., that’s been the currency of the American option for nuclear power.
The disproportional sentence was slapped on the fearsome threesome after they exposed serious security flaws at the Oak Ridge, Tennessee, Y-12 National Security Complex, by staging a two-hour occupation of a $500 million storage bunker, which they splattered with red paint and scribbled with anti-war slogans.
Such scandalous ‘crime’ of trespassing seemed more important to U.S. District Judge Amul Thapar than what the act was supposed to call attention to: that a plant producing a lethal compound, capable of wipe out a small country if ignited, would be so poorly guarded that an elderly person could easily gain entry.
Thus, the recent tradition of shooting the messenger, never mind the message, that the Obama administration has been particularly keen in pursuing, got another notch up the yardstick. And for now, let’s not even get started with how unsafe uranium processing has been since, well, Hiroshima.
BIRTHPLACE OF THE FAT MAN
Y-12 was part of the Manhattan Project, and thus, its history arc can be traced back to the bombing of the Japanese city, that effectively ended the war but also opened a scary can of radioactive worms, all the way back to Japan’s 2011 Fukushima nuclear disaster.

Between those two brackets, there was Three Mile Island and Chernobyl, plus a dozen frightening misses. Although we haven’t yet reached critical mass, at least in number of casualties, there’s been one constant related to nukes since their inception: the world holds its breath whenever they malfunction.
In fact, behind all the spin and justification those with invested interests in nuclear power are always ready to invoke, there’s a consensus that such technology remains a monster that, once END_OF_DOCUMENT_TOKEN_TO_BE_REPLACED