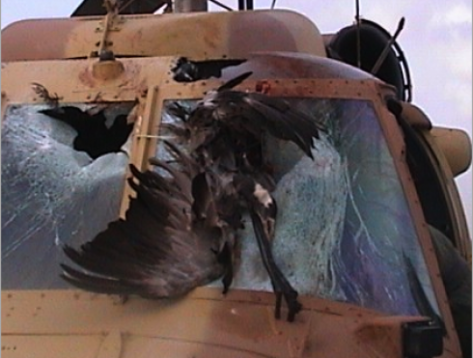 No, Really, It’s a Bird
& It’s Heading This Way

A funny thing has happened with our relationship with birds: we’re beginning to hate them.
Except when we love them. In any case, the whole thing became very complicated.
Since the beginning of times (and that’s the kind of intro many an epic has started; not in this case, though), humans have looked upon birds and dream.
As our imagination soared, hoping that one day we could ourselves fly and be as free as we thought they should be, our collective mood towards them kind of soured.
Fine, so we couldn’t fly like birds? No matter, we invented the several-tons heavy airliner to fly even higher and faster than them.
The birds counterattacked by letting themselves be swallowed whole by the plane’s turbines, and down we came crashing.
Oh, yeah? Let’s shoot them cold, specially near airports, and END_OF_DOCUMENT_TOKEN_TO_BE_REPLACED

Highly Successful Habits
of Purely Made Up People

Most of us spend a lifetime struggling to be successful in at least one thing. The writer of this post, for example, after failing in almost everything he’s tried his clumsy hand at, has settled his sights on the promising world of accomplishments only a few dare to pursue.
The last we heard, he’s not doing too well. Apparently, turning off the light switch and landing on a bed before the room goes completely dark has its hazards. It seemed so simple, he told us, when Muhammad Ali revealed to a reporter that it was one of his nightly rituals.
As we talk, our humble scrivener still has at least a few hundred nights to get it done, before every bone of his body is fractured. We’ll keep you posted on that one. Now, where were we? Oh, that’s right, about lifetime achievements, or the lack of them.
There are those who seem perfectly suited at imprinting their legacy on history books. Others go beyond that, and do it more than once. But none beats the kind of person that, besides all that, also manages to not exist at all. In fact, history records several of these characters. 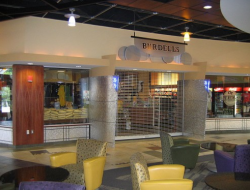 Take George P. Burdell, for example, after whom the Georgia Institute of Technology named its Student Center after. According to the record, Burdell not just graduated from Georgia Tech, but flew 12 missions over Europe during World War II, served on MAD magazine’s Board of Directors for a dozen years, and in 2001 was almost named TIME magazine’s Person of the Year after garnering 57 percent of online votes. Not even Mozart worked this hard.
Despite his expected old age, he’s kept up with the new world and in touch with his over 4,000 Facebook “friends.” The only thing is, he doesn’t exist. Much less distinctive-named Ed Smith created him in 1927 by enrolling them both for a laugh at Georgia Tech. With Smith’s behind the scenes help, Burdell’s life took off on its own and thrived, as he become one of the institute’s most distinguished legends.

FAKE ARTISTS & SKITTISH CELEBRITIES
There’s also Nat Tate, a fictional artist whose life existed only in the imagination of Scottish novelist William Boyd. All it took him was to publish a book on Tate in 1998 as a biography and keep a straight face. His hoax got some mileage from friends Gore Vidal and David Bowie, all in the joke.
The gullible art intelligentsia of the time adopted and praised the unknown “artist,” until Boyd got tired of it END_OF_DOCUMENT_TOKEN_TO_BE_REPLACED