We haven’t met anyone who doesn’t love
the smell of freshly baked bread and cake.
Either

because we associate it with our own childhood, or because bread is one of the oldest staples of the human diet, the fact is that we all seem easily captivated by the aroma of baked flour and sugar.
So it may take a very high level of craftsmanship, and a good deal of insight, for anyone to put a dent on such deep-seated reaction.
That’s what Dan Gentle, a designer and cake hobbyist, and Kittiwat Unarrom, a baker and sculptor, seemed to have END_OF_DOCUMENT_TOKEN_TO_BE_REPLACED 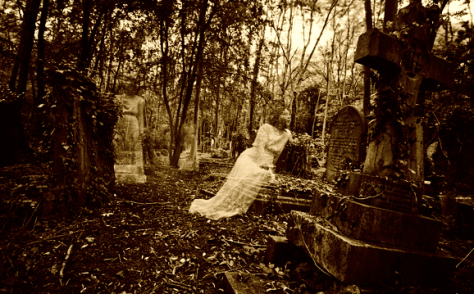 The origin of the bloodiest of all popular holidays is pagan. But church soon got into the action. It celebrates the dead and the dark side of the human experience, and the first frost in the Northern Hemisphere.
For sure, it’s a healthy and playful way to cope with the fact that the mysteries of the great beyond are usually fully disclosed, or not, only to those unable to report back to us.
Pretty much all ancient cultures had a day or time of the year dedicated to the diseased and the spooky, and even a place to do so, from the Celtics to the people who built Stonehenge, the Pyramids and everything else we hardly know much about these days.
The fact that now most celebrations congeal around the same time of the year, regardless of the hemisphere, may have a lot to do with primitive religion, which successfully inserted itself in many holly dates and cults to superior beings that pagans used to mark and worship.
It was a clever and effective form of domination, exemplified, for example, in the fact that to this day, many Catholic Church saints are loosely based in pre-Christian figures.
We could get here into demonology and the changing depictions and characterization of Satan, for example, or Lucifer and all that, but why END_OF_DOCUMENT_TOKEN_TO_BE_REPLACED

B&W, 1994, New York City. A short about a serial killer written and directed by Matt Diehl.